“We were not so much learning how to photograph as how to see.”

I often describe my undergraduate photography training at Yale University as a photo boot camp. On the first day of class, we were told to acquire a 35 mm camera—ideally one that did not require a battery—with a 50 mm lens. Zoom lenses were not permitted, nor was cropping, rules I still adhere to today. We would make photographs in black and white only. Working with this palette, we would come to internalize the subtle but powerful qualities of light and shadow through technical fluency in film exposure, f-stops, and shutter speeds, so that we could expose correctly in any situation without the aid of a light meter. By the end of my first term, I was so steeped in seeing shades of gray that when I traveled abroad and learned to paint in watercolor, my teacher had to direct me to see color in the shadows.

We also learned that creating an image was a combination of decision and intuition, but that more happened in the subconscious mind than in the moment of consciousness when the photographer triggered the shutter. Using animal instinct, the goal was to make images that were recognizably ours. No matter what we photographed, our vision of the world would be imprinted upon it. We were not so much learning how to photograph as how to see.

Because we were entrenched in black and white photography, the photo history centered on the revered photographers of the late nineteenth and early twentieth centuries. French photographer Henri Cartier-Bresson’s theory of the “decisive moment” and his layered compositions factored heavily into how I made my first photographs in 1991. I admired how Cartier-Bresson repeatedly conveyed complete, multifaceted narratives in a single image. How he turned mundane moments of people moving through the world into fantastical narratives and combined bits of architecture and human movement to create new stories. His philosophy that “inside movement there is one moment at which the elements in motion are in balance” inspired me to embark on a journey to capture the same. I hoped to discover my own unique eye along the way.

I spent years photographing strangers on the street, and then turned to friends and family members whom I could direct. I finally settled on seeking out people I did not know at first, but who often became part of my community through the act of collaborating on photographs. I deepened my appreciation for how photography could freeze movement and gesture in a single moment, and how the resulting image could convey an open-ended and ambiguous narrative. 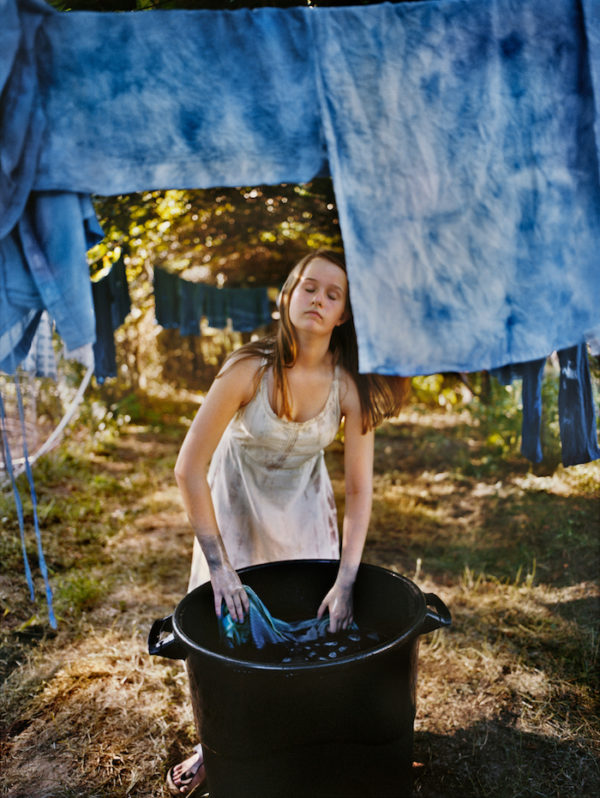 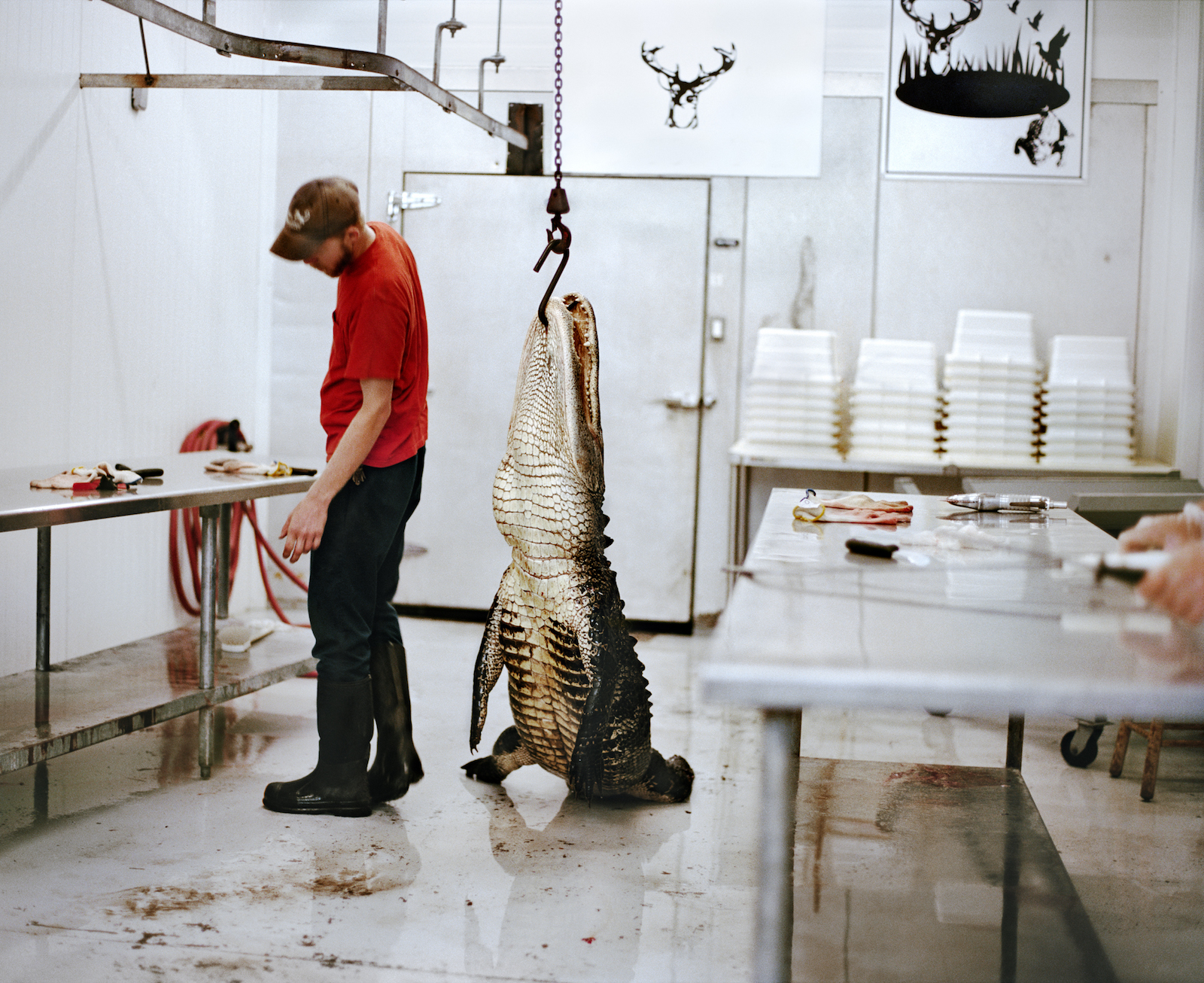 Gesture is critical to effective communication, and we can see just how essential gesture is when we observe how its absence leads to all kinds of misunderstanding in present-day digital communication. The people I photograph work with their hands. They include beekeepers who wear no protective clothing; catfish noodlers who grab eighty-pound fish; and shrimpers who sort out bycatch from the shrimp they will sell. I watch their movement for hours to capture the quintessential gesture at the right moment. When these are teams of workers, they can move like an ant colony and synchronize for safety, directing through hand signals or head nods, with no words spoken. Their repetitive, dancelike movements captivate me. My goal is to convey in a single frozen moment the feeling—heat, light, and even smell—of witnessing a continuous action. To evoke at least some of the majesty that motivates the people I photograph.

It’s obvious now, though it wasn’t originally, that my ongoing fascination with action and gesture comes from my childhood experience as a ballet dancer. My ballet teacher was as demanding as my photography mentor and commanded a rigor of form that I see replicated in photography. As an abstract form of art, dance can convey a narrative, an emotion, or an environment. This intersection of representation and abstraction enthralls me and informs my work.

There is an inherent tension between the swiftness of creating a photograph, which happens in a fraction of a second, and the part of my practice that involves watching and waiting for the right moment to make the image. Sometimes, it is hard to know when that right moment is. I feel most anxious while photographing during the minute it takes to reload film. I fear that the person I am photographing will keep moving and perform the awaited action, or align with the light in the perfect movement, and I will not have the film ready in the camera to capture it. Many of the people who work the land or go to sea are waiting and watching as well, giving themselves over to that which they cannot control and waiting to see what nature will give them in return. Furthermore, there is a conflict between the speed of photographing and the necessary research and planning that has become a part of my process and work. While my photographs are made in fractions of seconds, the other work can take months or years to develop. Much like the slow food movement, my slow photographs involve significant research, and sometimes a full year of waiting due to the seasonal nature of what I am photographing. For example, it took my going out on shrimp boats for three years with multiple shrimpers to come close to depicting what it felt like to be out at sea. On my first trip to the South Carolina Lowcountry, I made only two images while I spent the week driving around and getting to know the landscape, talking to people on the fishing docks and at farmers’ markets, and asking for permission to photograph on a return trip.

On that trip, I discovered that a similar local foods movement and concern with sustainability was happening there, and it gave me an opportunity to find connection between Massachusetts’s Pioneer Valley, where I lived, and the Lowcountry, two places often thought to be very different. Over the past twelve years, I have focused on photographing people committed to working the land or spending time at sea in a way that reflects their direct connection with nature. Often, the tenuousness of their activities urges me to photograph them immediately. It is uncertain how long they will persevere, given the rising fuel costs and low profitability of many of their endeavors. Many of the shrimpers I photographed have retired.

While it may seem like all my images are deliberate and planned, this is not true. “Rope Swing” was made because I parked my car in the dark to go out on the shrimp boat and returned to find the swing hanging in front of my windshield. My visceral reaction to it compelled me to make the image. Only later did I see the cultural reference that drove this reaction. Now, I reflect on how cultural memory can be so powerful it will allow us to see objects as something other than what they actually are.

A single spontaneous moment or seemingly arbitrary decision can change my work for many years. “What brought you to the Lowcountry?” people often ask. On a typically cold and gray New England February day, I sat reviewing my mail and discovered airplane ticket vouchers set to expire a few months earlier than I thought. Never one to let a free deal go, I reviewed the Southwest Airlines website to figure out where my husband and I could travel for a long weekend. My husband questioned my logic, because while the plane tickets were free, the hotel was not. Regardless, he accepted it, and a few weeks later we found ourselves in Charleston, South Carolina. That momentary decision changed the course of my work for the next eight years, sparking a deep curiosity that still inspires me today, after many trips to the Lowcountry.

Over time, with the repetition of successful images, I began to believe my mentors’ insight that the moment of image-making could become subconscious and a gut instinct. (I had been, after all, a psychology major.) But it also still seems like pure magic. The first time I photographed the hundreds of fireflies that appear at the bottom of our road, my film returned with fantastic images and dots of yellow and green. Always endeavoring to perfect an image, I thought I would make it an annual occurrence. A friend who photographs them regularly with a digital camera told me I should be thankful I had returned anything at all while using film. I scoffed at this, but he was more right than I knew. Now, having tried in subsequent years, and returned from the lab multiple times with blank rolls of film, I realize that I have no idea what magic I conjured in the form of long exposure, atmosphere, and moon phase that first night. It is not a magic I have been able to repeat with any regularity. And it reminds me that often it’s as simple as Press the shutter and hope for the best. What is on the film is now permanent. The moment has passed. 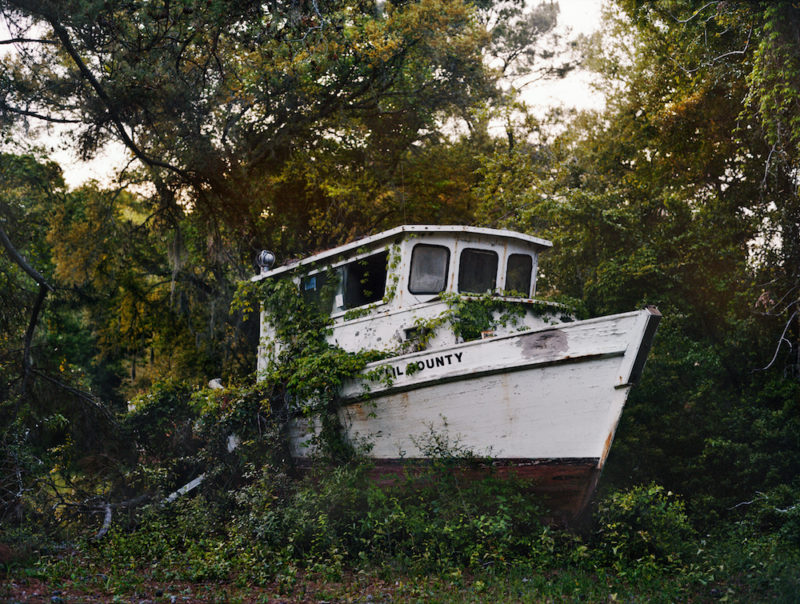 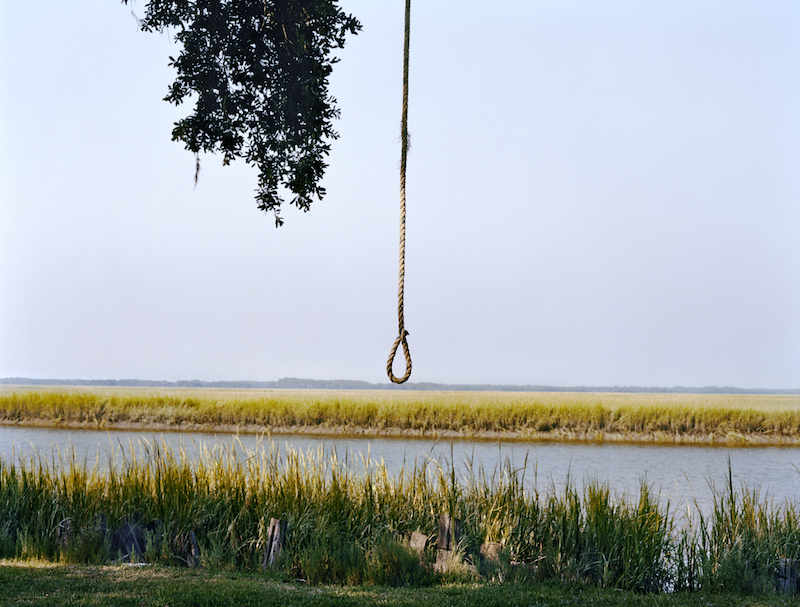 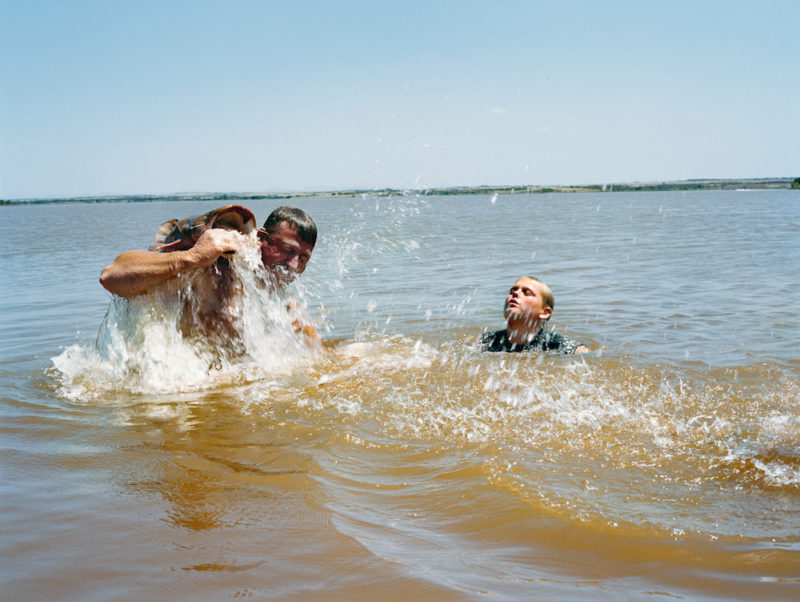 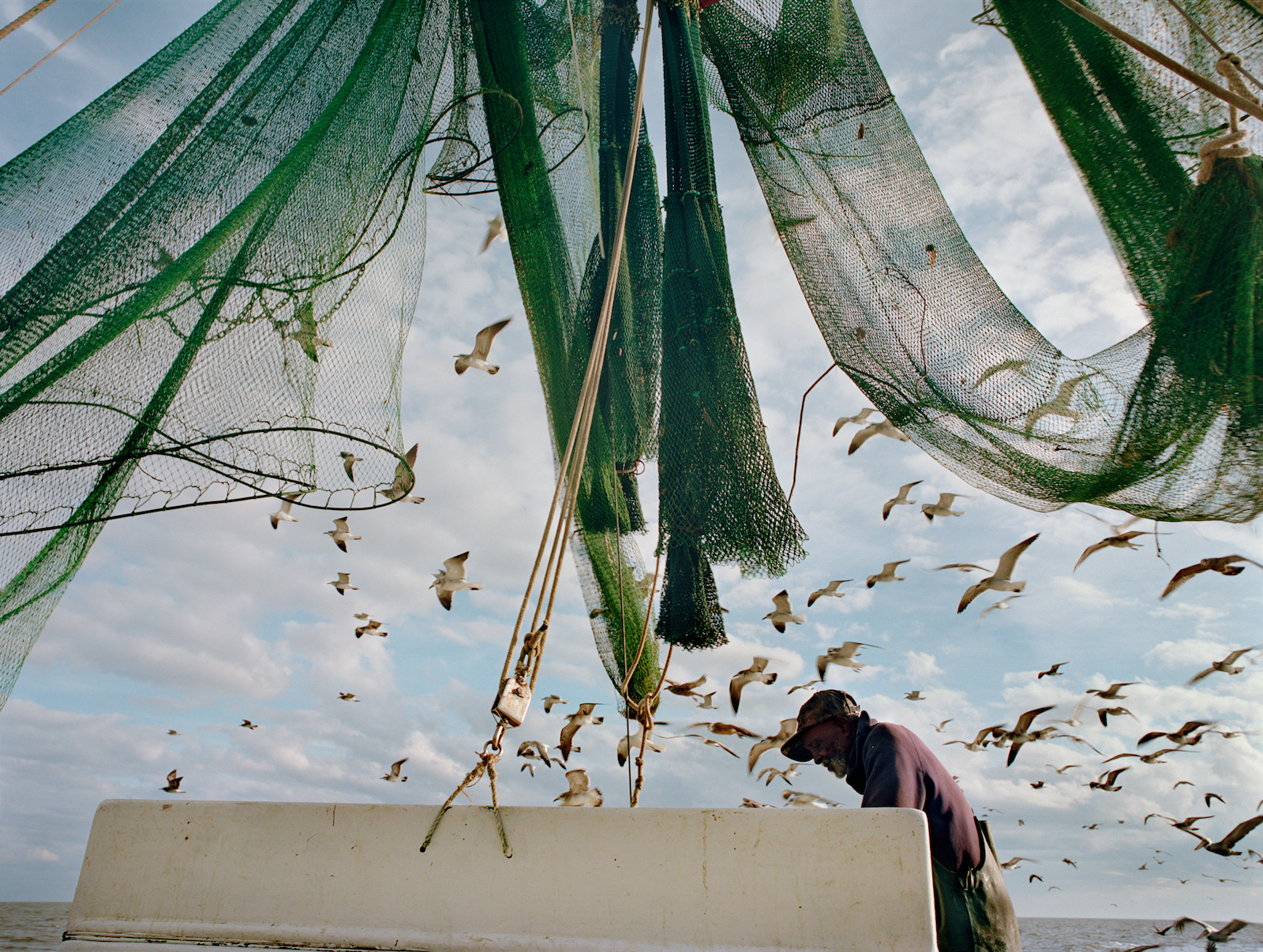 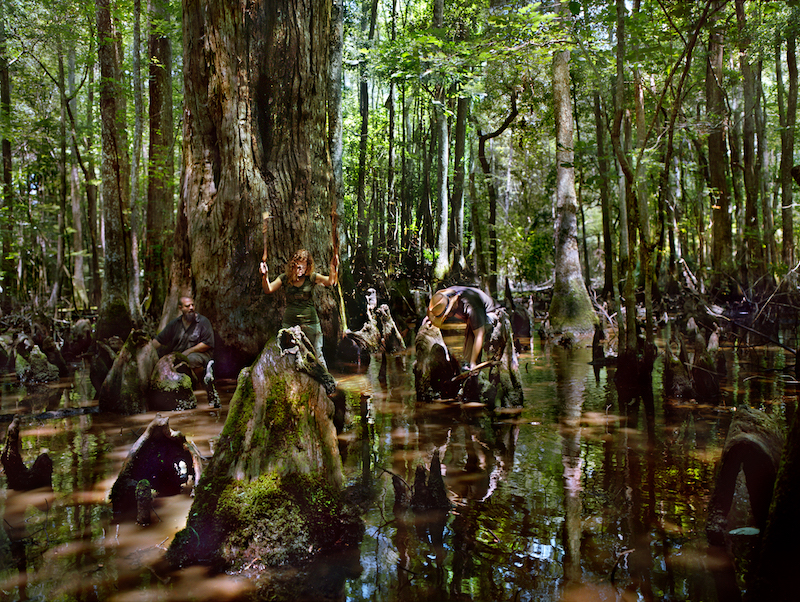 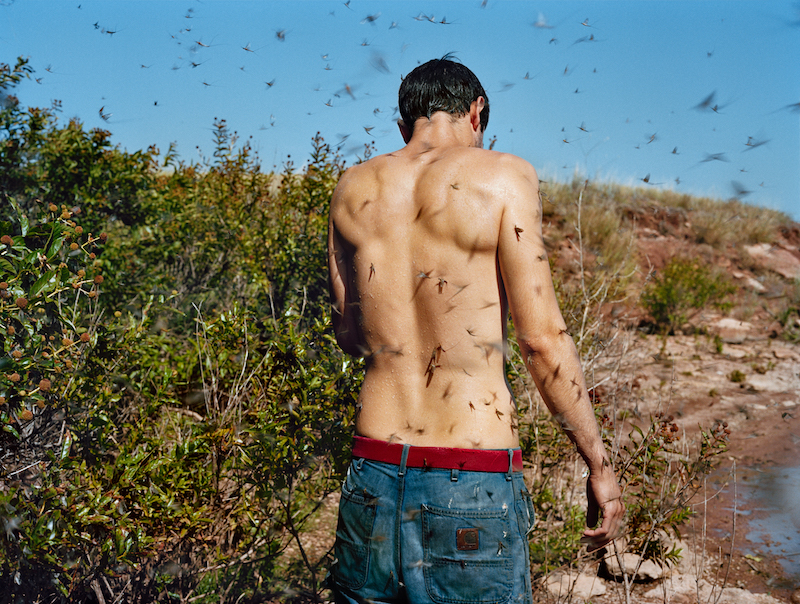 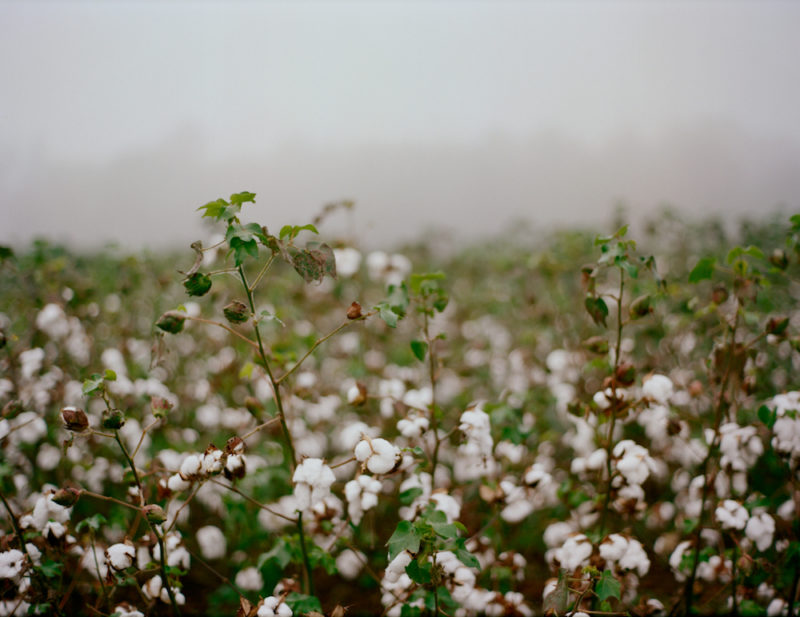 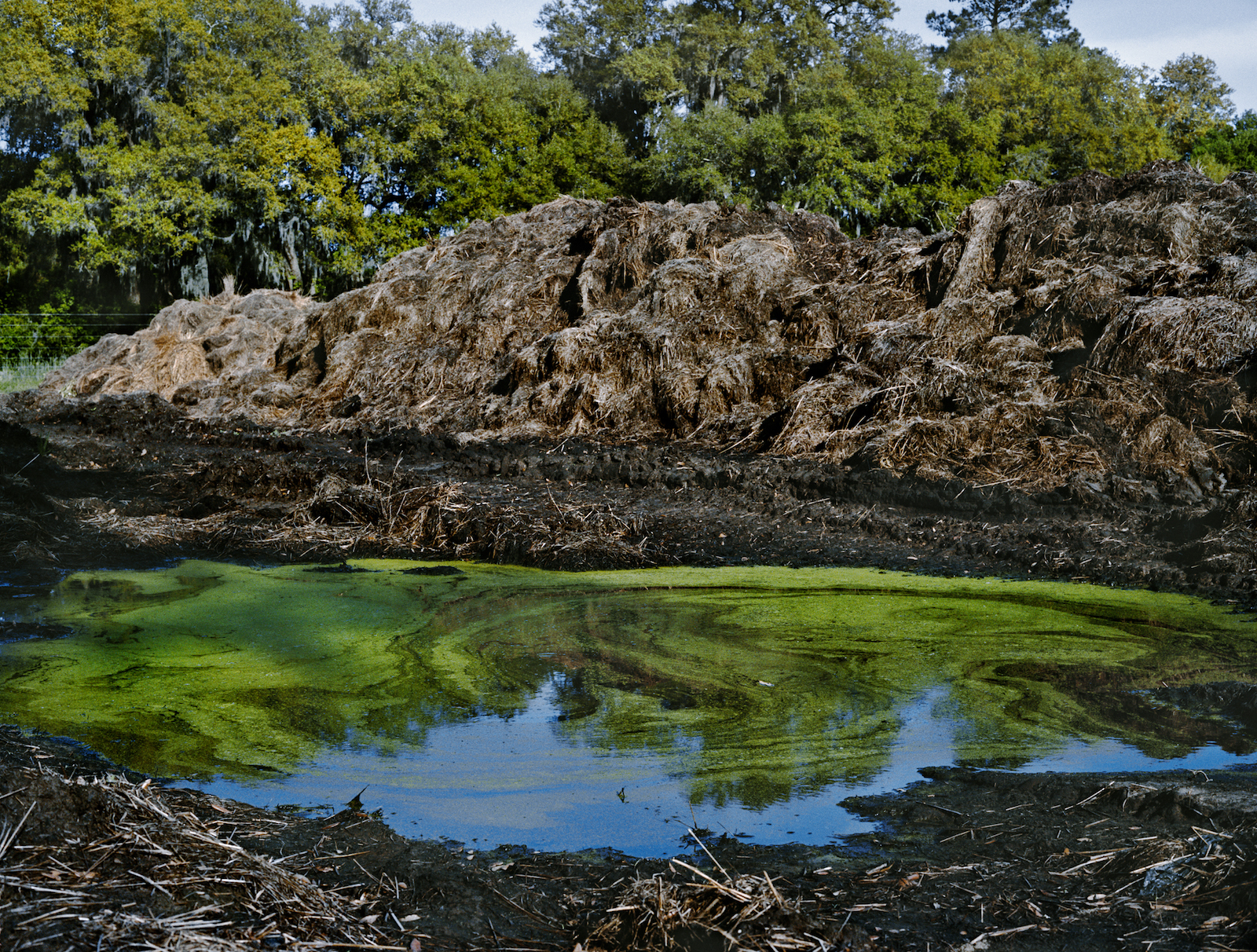 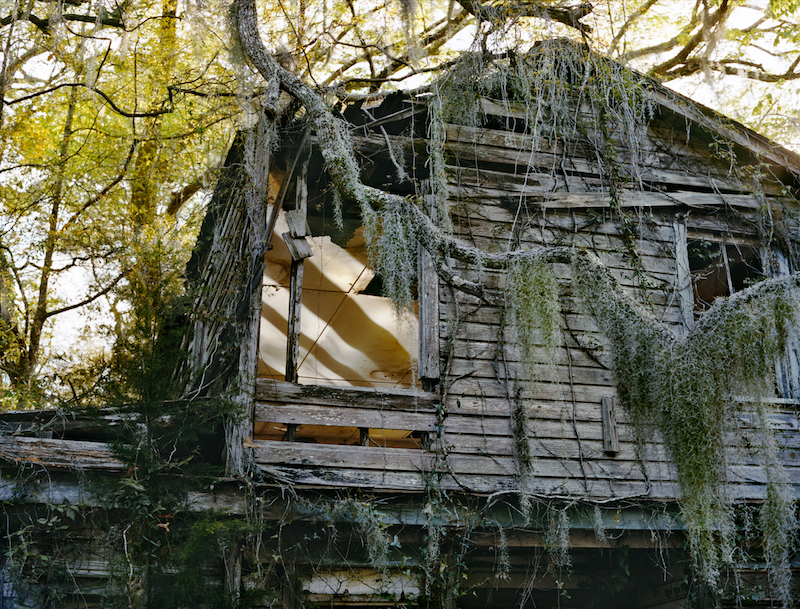 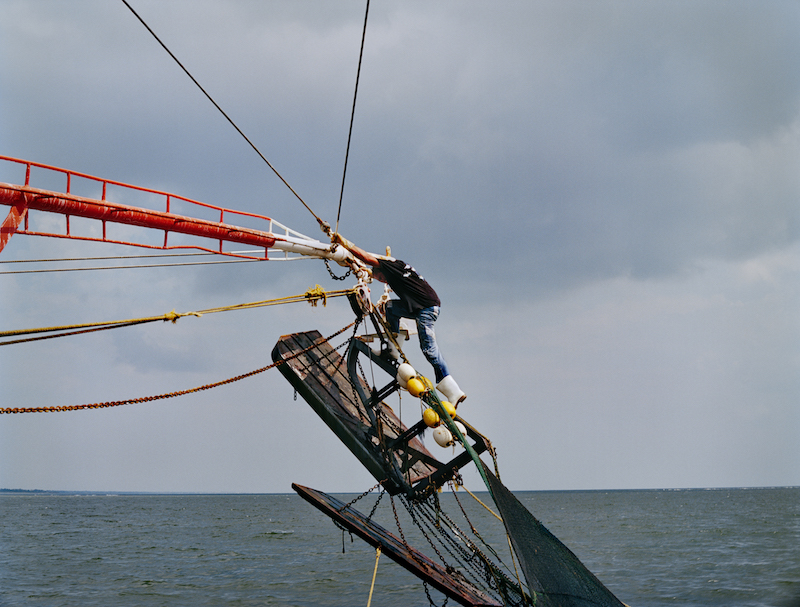 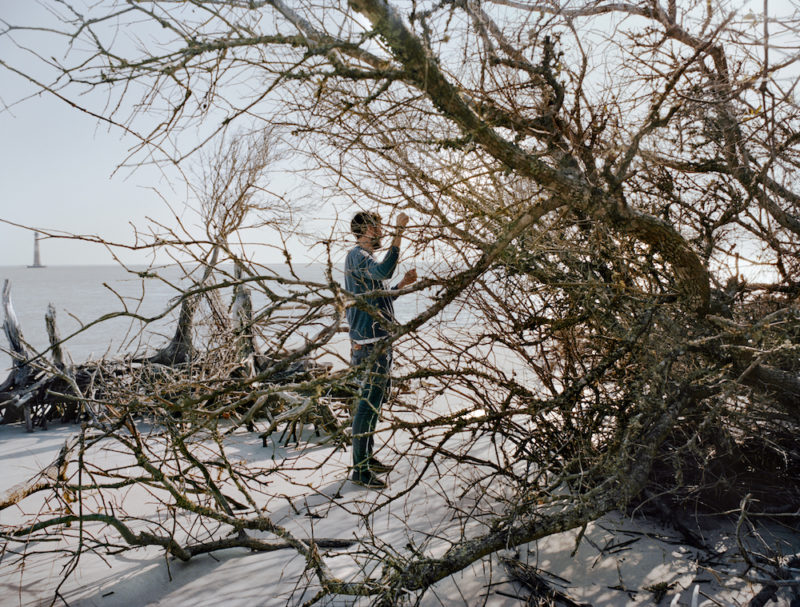 Holly Lynton‘s work for the past twelve years has focused on understanding rural communities in the United States through their agricultural history and current industry. Her work has been featured in publications including the New Yorker, Village Voice, Miami Herald, Photo District News, New York Times, Boston Globe, Preview Massachusetts, Oxford American, Water ~ Stone Review, and ARTnews. In 2020, her work will be presented in the Yale University Art Gallery’s celebration of 50 years of women at Yale and 150 years of women in the art school.