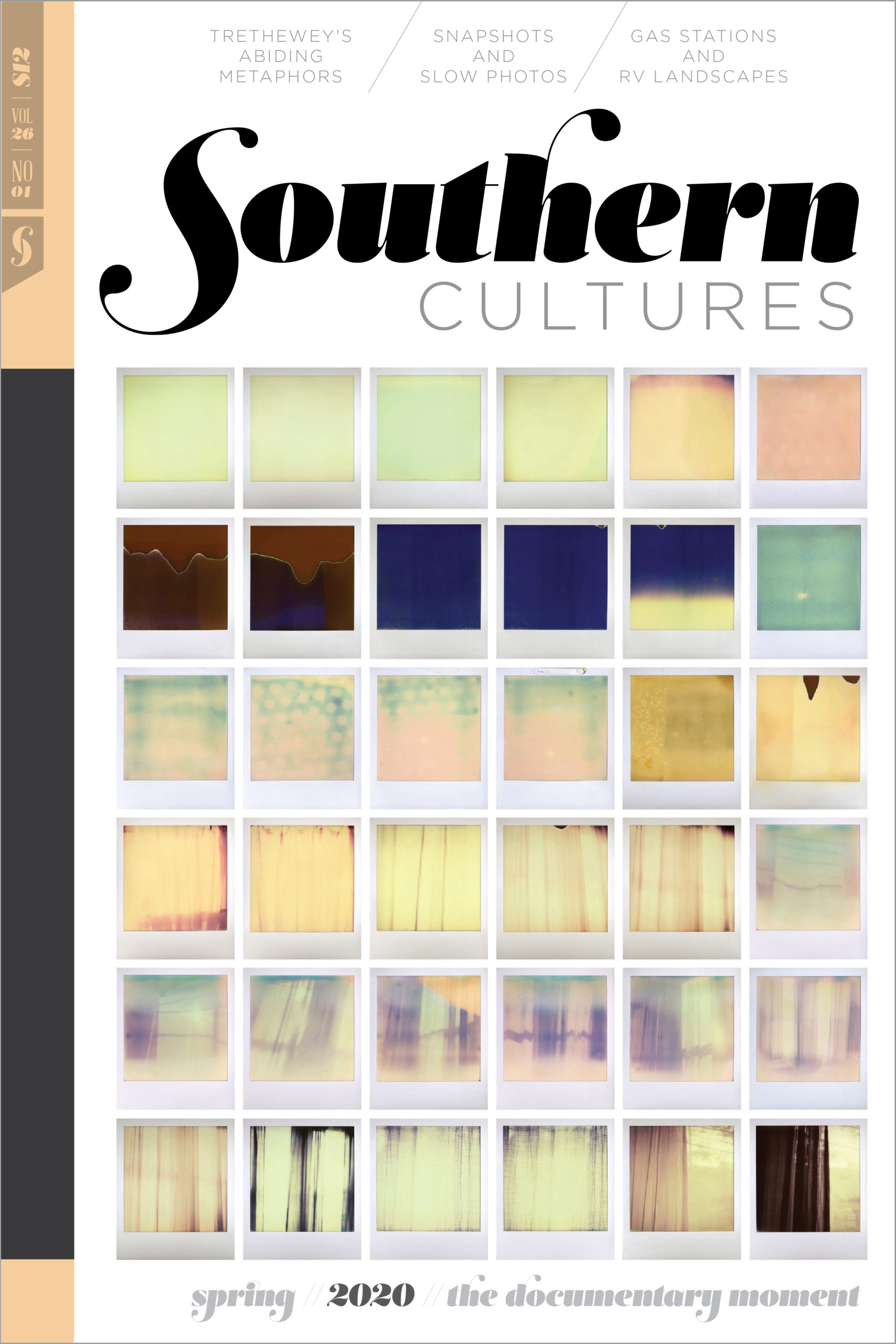 “People want to study [the South’s] differences and continuities, its joys, tragedies, and outrages, to affirm the significance of place in a world of displacement.”

“The documentary artist attempts, however imperfectly, to do something about what they witness, how they feel, what they are compelled to say.”

“I ask: what’s been left out of the historical record of my South and my nation? What is the danger in not knowing?”

“The ruins remain overgrown with castor plants, which can be, alternately, an excellent source of sustenance if cooked properly or a natural source of cyanide.”

From the Documentary Moment Issue, Kate Medley's "Gas Station South" has us thinking about communal experiences—especially in this moment of isolation. Who do we miss bumping elbows with when we are encouraged not to go out? What role in our lives does this type of community interaction play? Also, what counts as essential? Ask anyone on a regular day in the South and the gas station is likely an answer. Particularly in rural communities, convenient marts provide fuel in the form of diesel, fried drumsticks, and directions, to name a few.

“Worth Long’s lifelong quest to preserve the creativity of those who sang, hollered, prayed, played, and lived the blues, dangerously, was one of his greatest contributions as an activist.”

by Phyllis B. Dooney

“I left fifty years ago. Why would I want to come back?”

“Sunday Second Lines nod to the past but embrace the present, dancing along that thin line where tradition thrives, four hours of unbridled jubilation at a time.”

“There’s an unsettledness that attracted me to these spaces, that maybe draws in people of a wandering sort, but it doesn’t allow for getting too attached.”

“All you can see is a moment when the late afternoon light shone down on some old stone and prairie grass. A frame made from a town’s future in the past.”

“We watch the evidence of a hard day’s labor evaporate into the deepening night sky.”

“[These] women were engaged in an ongoing, material experiment of how to be together and live together in their world, at the Crossroads.”

“And just as I was starting to get frustrated that a picture wasn’t to be found here, I spotted Emanuel and his son Yeddeh in the shaded opening of their garage, engaged in a most intimate and trusting family ritual.”

“From where I stood, I saw the spirit their bodies had conjured: that was the moment I wanted.”

“We were not so much learning how to photograph as how to see.”

“What I appreciate most in this document are my grandmother’s inked corrections of the misspelled name of the family who enslaved ours.”

“I have skin in the game. I live here. Appalachians hold me accountable at the grocery store, and that makes the work, and me, more honest.”

“It’s another muggy southern summer and the landscape is overgrown with signs and symbols following in its oxygen. How much hill can a person bear?”

“As blood filled the syringe and tears began to fall down her cheeks, Willow’s mood shifted from excitement to determination, frustration to embarrassment.”

“your body, you, like a spaceship pushing up through thinning atmospheres of friction sealed . . .”

"The following portraits show a few of the new faces of tradition in North Carolina, revealing the range of who they are, what they do, and how they commit to their artistic practice."