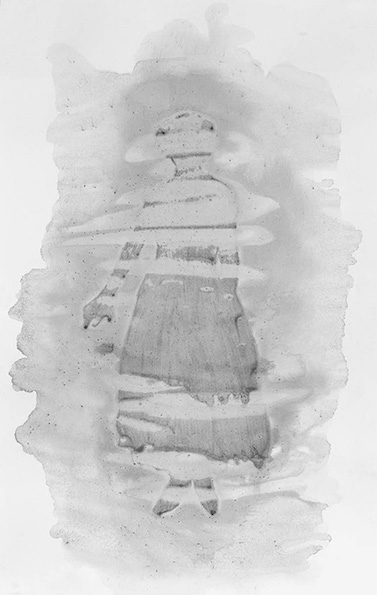 Woman Waiting No. 38, by Susan Harbage Page, courtesy of the artist."

"So where are the voices of those millions of mothers who reject, resist, and redefine the maternal ideal?"

In 1989, American audiences flocked to see the sweet southern dream that was Steel Magnolias. The film follows a multigenerational group of women through the wedding, marriage, pregnancy, and death of the young and beautiful Shelby, played by Julia Roberts in an Oscar-nominated performance. Female relationships are the center of this movie, and these big-haired, drawling matriarchs love each other fiercely. M’Lynn, played by Sally Field, donates a kidney to her diabetic daughter Shelby, who fatally chooses motherhood over her own life, deciding to have a child even though she knows her body cannot survive the stress of childbirth and rearing. The film’s title is drawn from M’Lynn’s discussion of motherhood and the death of her only daughter: “I find it amusing. Men are supposed to be made out of steel or something . . . realize as a woman how lucky I am. I was there when that wonderful creature drifted into my life and I was there when she drifted out. It was the most precious moment of my life.”