Most photographs are born in a fraction of a second. They show a small piece of the visible world as seen from a particular vantage point at a particular moment in time. They reflect an instantaneous present sandwiched between a fixed past and an unknown future. Photographs draw from a world that already exists; they also encourage us to wonder what the future might hold.

Each of the photographs in this series came about in a momentary present. Each features a piece of the visible South grounded in the past and extending into the future. And each, I think, asks us to consider how that future will evolve.

There is little doubt that the southern past and present exist in a dynamic and often contradictory relationship to one another. In “Lebanon, Tennessee, 2008,” for example, we see a set of signs that at first glance seem to work at cross purposes. Some invite visitors to think about an 1862 Civil War battle fought nearby, where approximately seventy soldiers lost their lives. Beyond these markers (and dominating them in size) looms Burger King’s corporate logo and an invitation to “try our new mushroom Swiss.” The triviality of fast food advertising offers an odd counterpoint to the gravity of warfare. And yet, the signs are of a piece, feeding both travelers’ curiosity and appetites.

Other such cognitive dissonances are apparent in several of the photographs. In “Panola County, Mississippi, 2008,” we see the moment of baptism—an enormous event in the life of a faithful Christian—minimized on the screen of a woman’s cell phone. In “Opelousas, Louisiana, 2009,” a stately late-nineteenth-century southern home sits regally in the background of a roadside ad for the flashy Hollywood & Vine Salon & Spa. In other photographs, a pair of old-fashioned rocking chairs sit on the “porch” of a small prefabricated shed; and a child’s toy car stops at the gas pump of an abandoned convenience store, with the First Baptist Church—all columns and brick—in the background.

The images in this series observe the often uneasy fit between past and future, capturing a moment where tradition and modernity unexpectedly meet. This momentary present, reconciled sometimes in humor, sometimes in pathos, reveals the ways in which a region’s past always inflects its present, its present inflects its future, and so on in a continuous cycle. Through still photography, we can artificially pause this flow and preserve these moments for the sake of memory and study and for clues to what the future might bring. 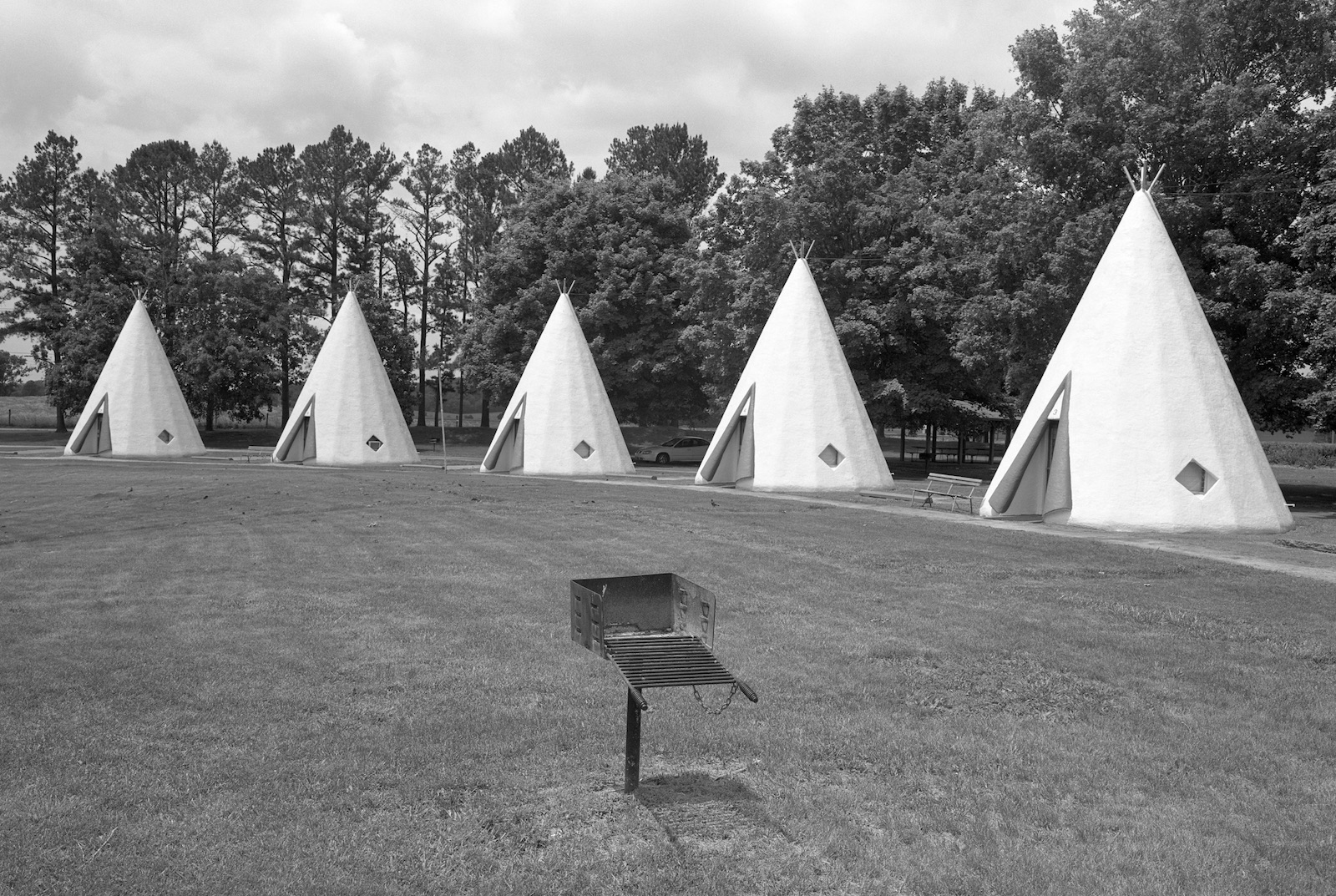 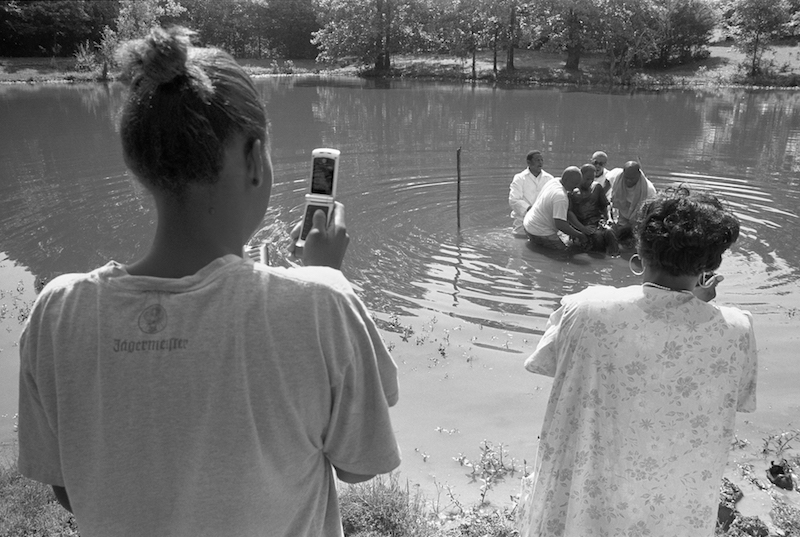 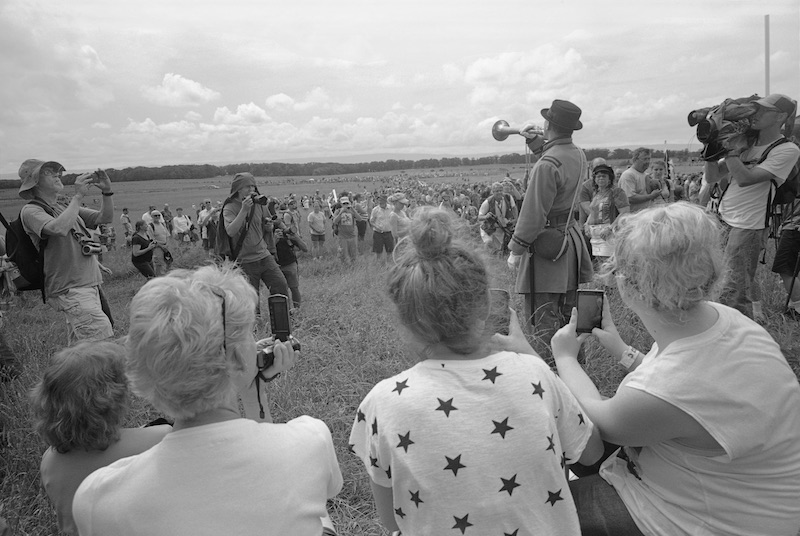 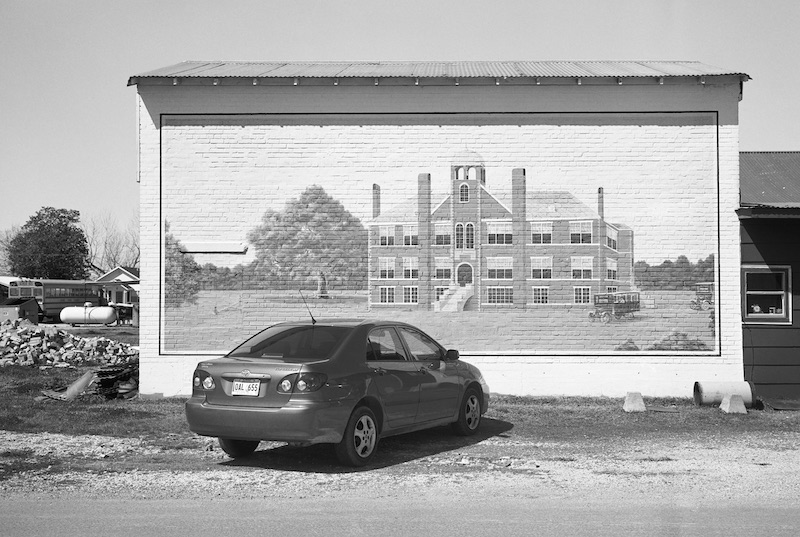 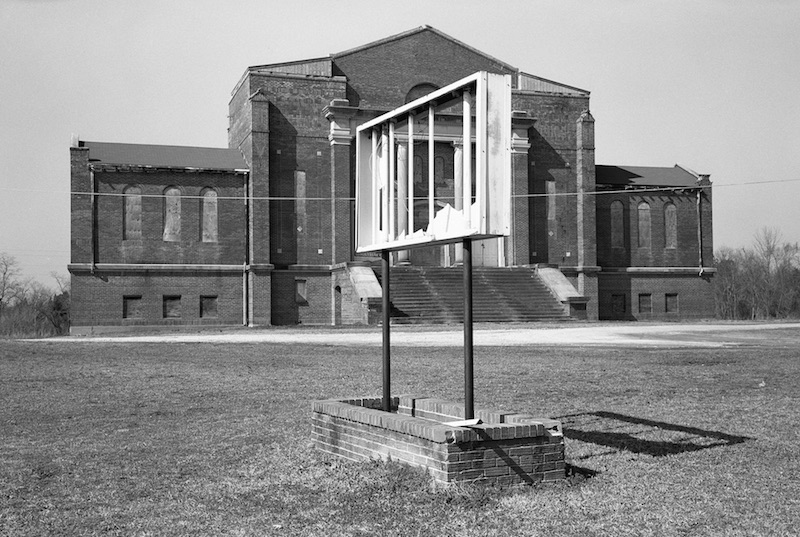 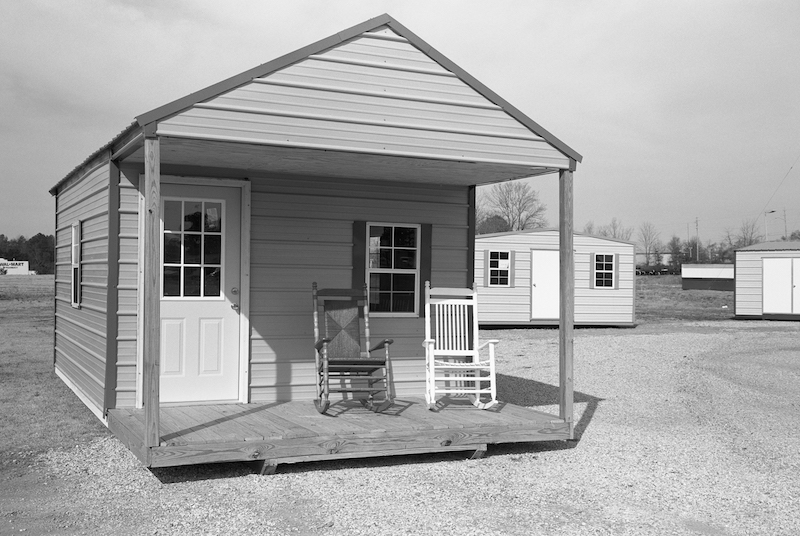 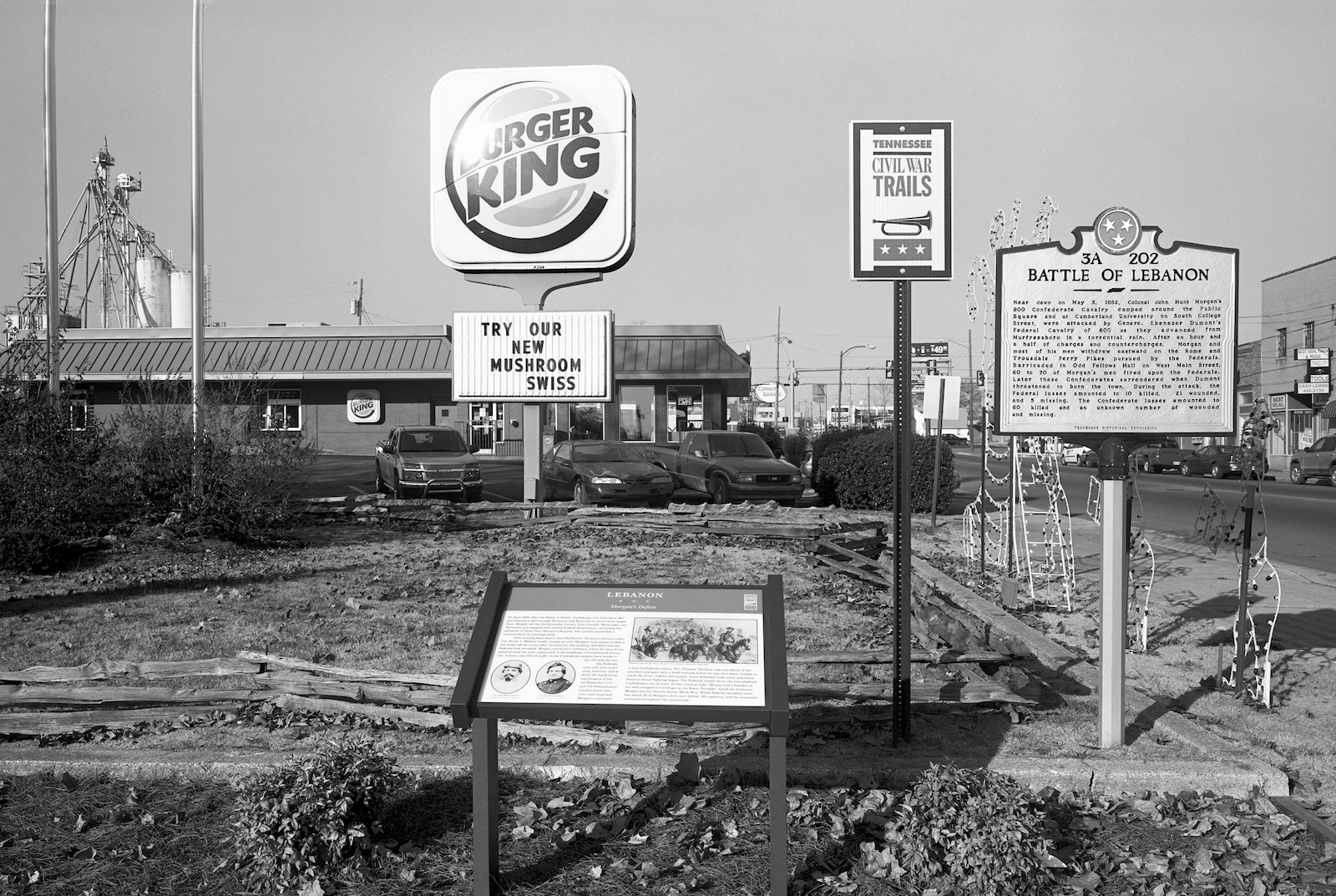 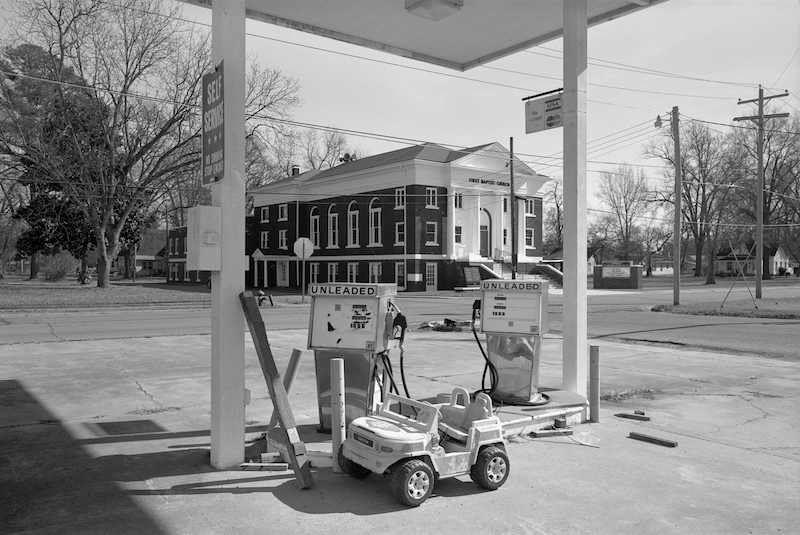 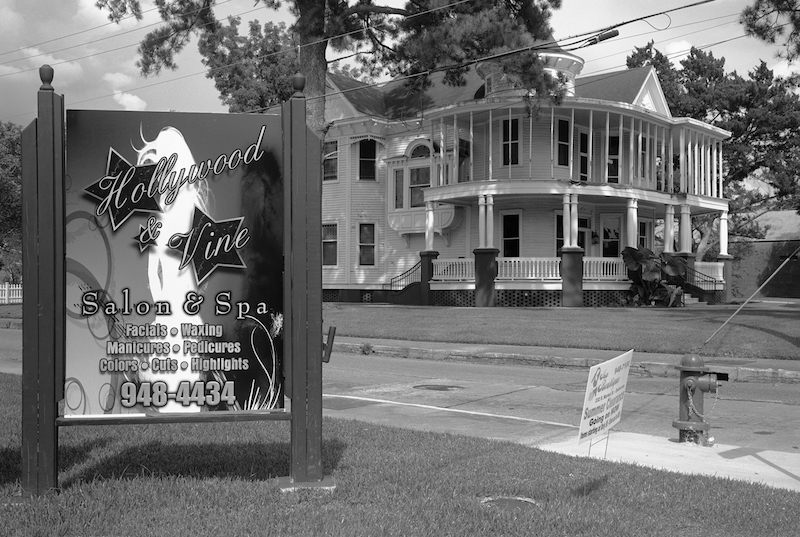 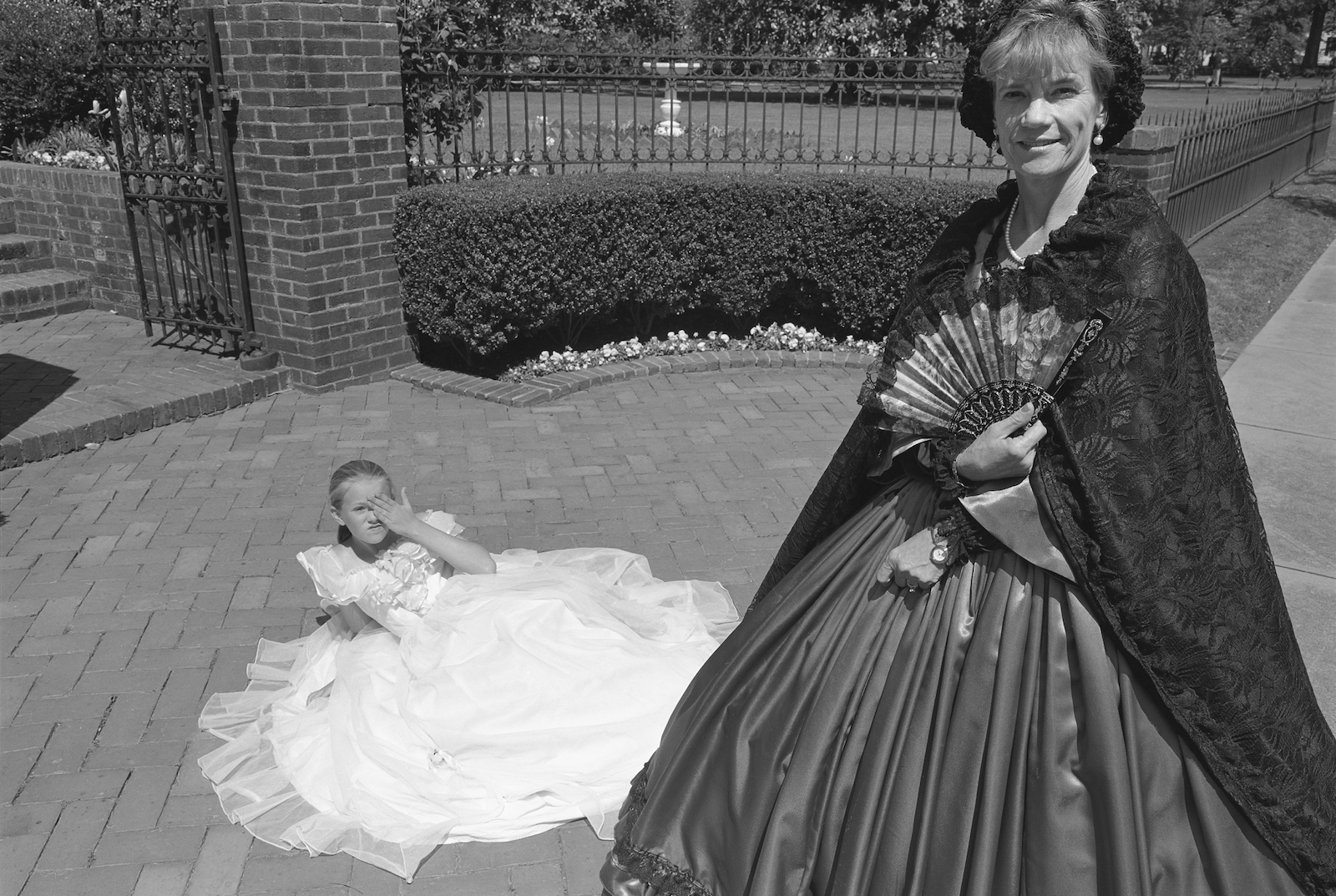 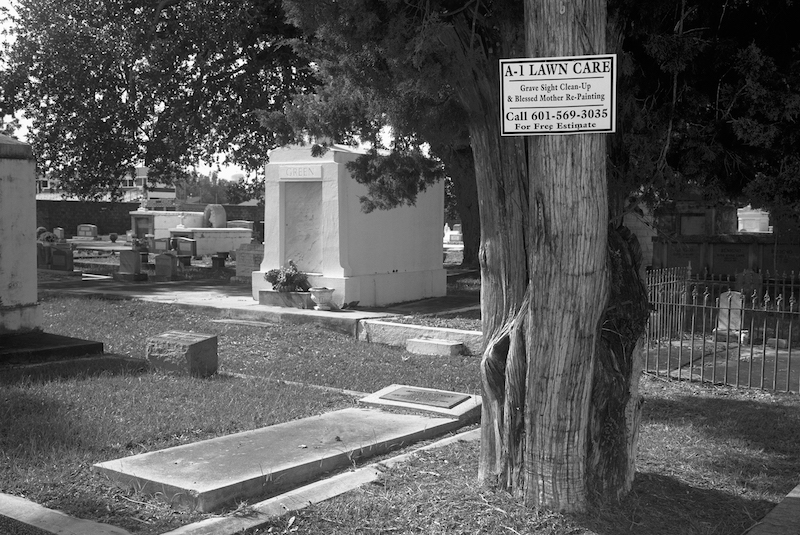 David Wharton teaches fieldwork and photography at the University of Mississippi’s Center for the Study of Southern Culture. He is the author of three books of photography: The Soul of a Small Texas Town: Photographs, Memories, and History from McDade (2000), Small Town South (2012), and The Power of Belief: Spiritual Landscapes from the Rural South (2016). His photographic interests include the rural and small-town South (especially the social and cultural landscapes of such places), the region’s many approaches to spirituality, and tourism in the South.