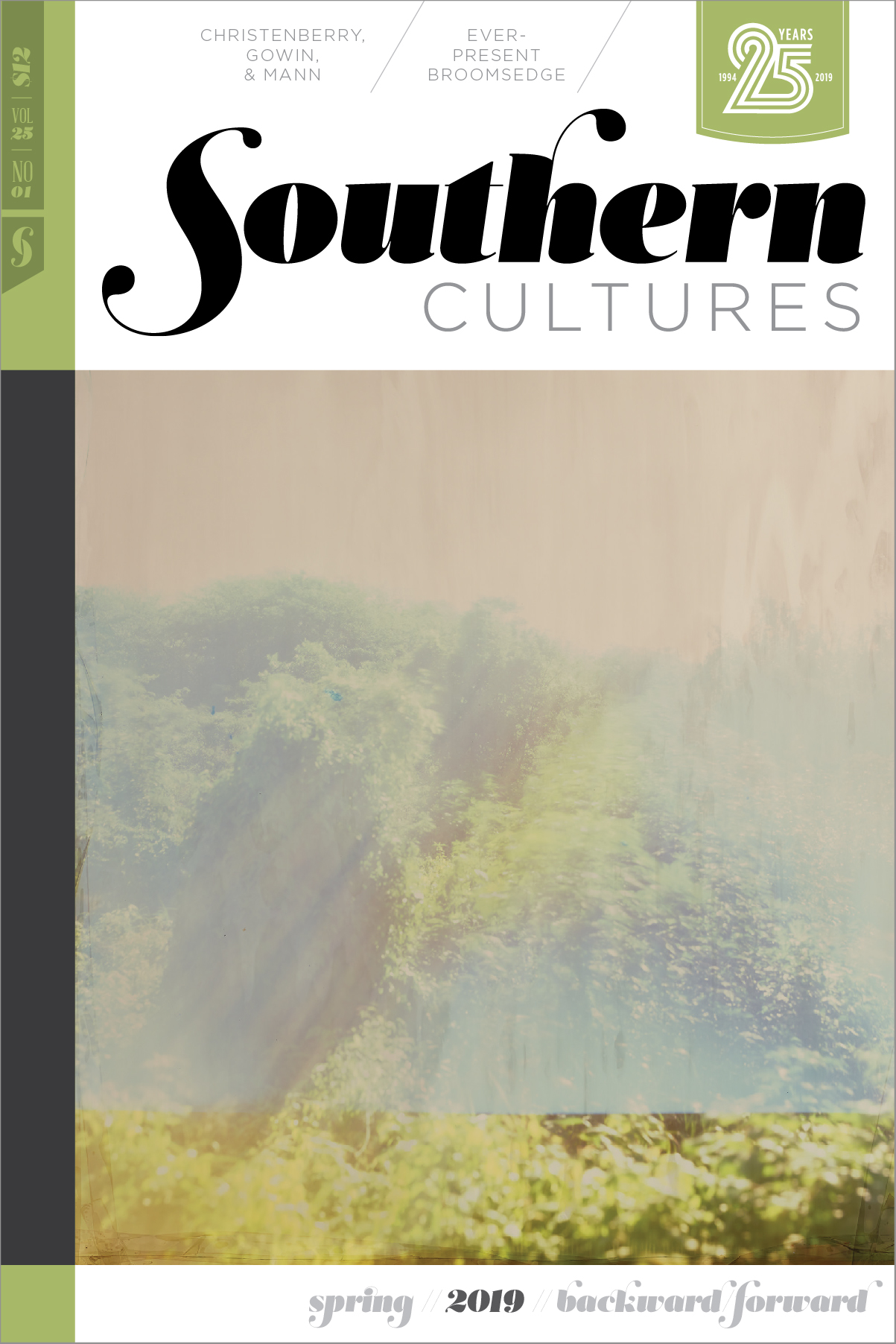 In this special issue, the first of our 25th year, we’re looking backward and forward, examining where the South has been and where we’re going. Guest edited by Charles Reagan Wilson.

“Everyone who is paying attention knows that the South is with us still.”

“Past tropes never survive unless they adjust to changing times.”

“[Parts of the rural South] became de facto open-air museums where poverty, vernacular culture, and a material sense of the past in the present seemed to be permanently on display, even if as time went on you had to crop the Dollar General out of the frame.”

“I wanted to make something that represented the idea of trying to know someone—and the feeling of knowing them well and then, at times, not at all.”

“As we limp into the 2020s, our post-agricultural southern future, with this agrarian past echoing in our ears, broomsedge sounds a strangely hopeful note in the midst of much anxious dissonance.”

“If we refuse to overlook the . . . exploitation of black women to modernize midcentury public health, we may grasp something of what it means to imagine and create Souths that embrace difference.”

“It takes generations, or perhaps centuries, to build great institutions. But they can be wounded in a moment.”

Between Past and Future

Ghosts In My Blood

"I am his great-great-granddaughter. I will tell his story. ’Cause he my people ’nem."

“all of my bats exodus at once / into frenzy which is actually / an orchestrated dance / that draws them to what they want . . .”