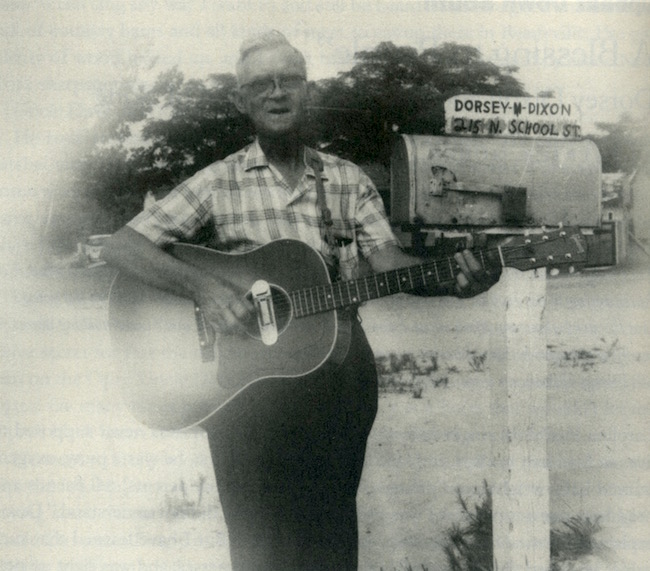 "Songwriter and singer Dorsey Dixon was never supposed to live."

Carolina Piedmont singer and songwriter Dorsey Dixon was never supposed to live. At his birth in 1897, in Darlington, South Carolina, he was a puny, oxygen-starved baby weighing only three pounds. “I heard [my parents] tell friends and neighbors many times that I was a blue baby. Which I did not understand,” Dixon explained in one of his autobiographical writings. “But I have learned that such babies requared the greatest of care by doctors and nerses. and was right up next to imposible to keep one of them from slipping out from the living. But a great unknown Power kept me. and I made it.” Dixon’s pious Christian parents interpreted his near-miraculous survival as a sign that God had spared him for what they frequently referred to as “a great purpose.” Throughout most of his life, however, gnawing doubts about his success in carrying out his divinely ordained mission tormented him. “I do not know if I have full filled the purpose that mother and father said I was left here for or not,” Dixon confessed in a memoir written when he was fifty years old. “But I do know that I have had a real tough time in life.”