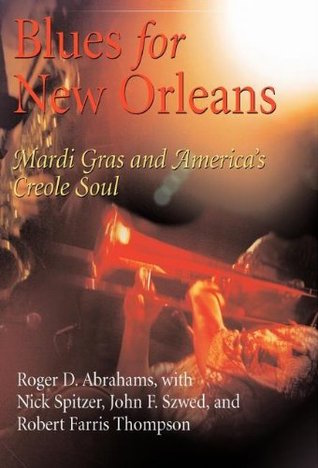 Unlike the many books already published about the devastation caused by Hurricanes Katrina and Rita and the catastrophic flooding of New Orleans, Blues for New Orleans: Mardi Gras and America’s Creole Soul is a study of the city’s character pre-disaster, bracketed by post-flood observations and questions concerning the future of a city that nearly drowned due to a “confederacy of failures.” The authors’ observation of New Orleans as a city that “came into being with a kind of antic doom embedded into it,” founded as it was in a hostile New World swamp, is brought into bright focus by Nature’s recent, temporary, reclaiming of the land, and Man’s persistent desire to rebuild the city. The City That Care Forgot, that ambiguous moniker coined to describe New Orleans as a carefree city, continues to describe a city often forgotten and uncared-for.