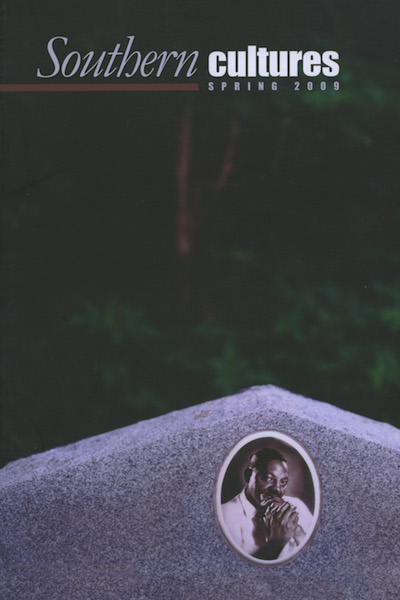 We’ve done the reading for you! This issue finds eight book reviews from new southern titles. Plus: W. E. B. DuBois and his essay for the United Daughters of the Confederacy, an interview from the Southern Oral History Program, the architect for Duke University, poetry from a tobacco field, and more.

"Did you know that W. E. B. Dubois was a favorite author of the United Daughters of the Confederacy? They didn't either, for they came to admire the outstanding African American intellectual under the cloak of invisibility."

The Discovery of an Architect: Duke University and Julian F. Abele

"In 1937, the English novelist Aldous Huxley was traveling through North Carolina by auto one hot summer day. He described 'a pleasant but unexciting land' when 'all of a sudden, astonishingly, a whole city of gray Gothic stone emerged from the warm pine forest.'"

"In 1987, Oprah Winfrey broadcast her television show from Forsyth County, Georgia, which had expelled its black population seventy-five years earlier."

"A lush and exotic landscape--a setting encouraging and supporting heroic transformation--nurtures all endeavors."

Tobacco Mosaic: Lexicon and The Sharecroppers

"He crouched in the shade of the barn, thinking and mumbling, and the wind ripped the words from his mouth . . ."

"Periodically this jackass that y'all call Senator Jesse Helms was on the television talking about the outhouses that the colored folks had and laughing about the tubs that they had to bathe in."

How W. E. B. DuBois Won the United Daughters of the Confederacy Essay Contest

Nearly a century ago W. E. B. DuBois won an essay contest sponsored by the United Daughters of the Confederacy—or at least, DuBois's writing won the contest."