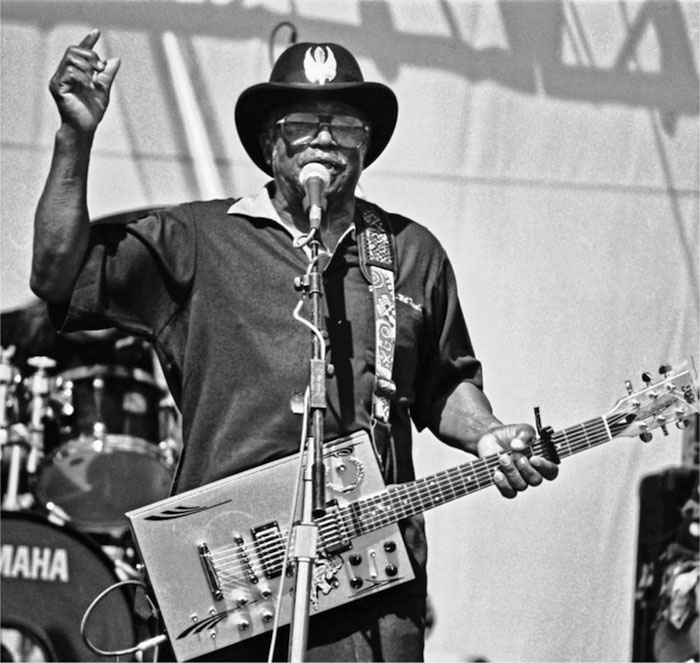 "The true 'Hootchie Kootchie Man,' Muddy Waters summons all the powers of the voodoo doctor in his guttural, deep blues voice."

For over a century the blues has served as the musical anchor of American music. Muddy Waters aptly titled one of his songs “The Blues Had a Baby, and They Named it Rock and Roll.” Without the blues, we could not imagine gospel, rock’n’ roll, rock, and rap music. Blues also shaped writers like Ralph Ellison and Alice Walker, artists like Romare Bearden and Aaron Douglas, composers like Nathaniel Dett and William Grant Still, and choreographers like Alvin Ailey and Cholly Atkins. The blues, in fact, have given us a way of understanding life through its distinctive prism. Ralph Ellison describes the music as “an impulse to keep the painful details and episodes of a brutal experience alive in one’s aching consciousness. To finger its jagged grain, and to transcend it, not by the consolation of philosophy but by squeezing from it a near-tragic, near-comic lyricism.”