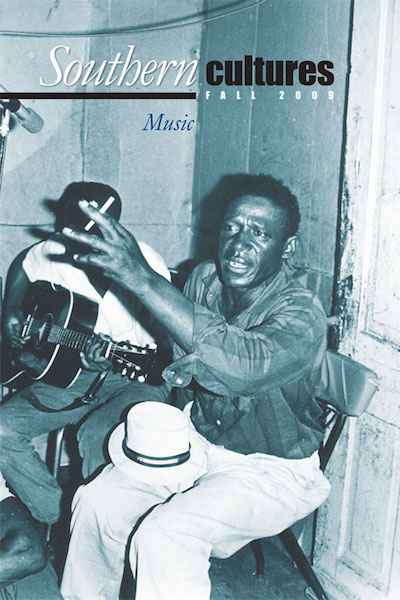 Our experts have compiled Top Ten lists of country, blues, jazz, and rock greats. This issue also brings—for the first time anywhere—the amazing “Son” Thomas Interviews and travel into the heart of the Delta with a remarkable bluesman. In “A Brief History of the Boogie,” we’ll reveal just what the pop megastar Madonna thinks about the brand of music that influenced so many others. We’ll journey inside the wide-ranging artistry of Pura Fé in “Blues Power in the Tuscarora Homeland,” discover the “Mill Mother’s Lament,” and explore Emmett Till in southern songs.

"Whatever feeling you are looking to explore or express—misery, elation, spiritual ecstasy, or low-down lust—chances are that some southern musician has done it already."

The Devil and his Blues: James “Son Ford” Thomas

"You can't always go by what them preachers say, because right now some of them drink more whiskey than me."

"John Coltrane played his hyperactive 'sheets-of-sound' with a scorching intensity, faster than most jazz fans could listen."

"'I like to boogie-woogie,' Madonna proclaimed. 'It's like riding on the wind and it never goes away.'"

Blues Power in the Tuscarora Homeland: The Music of Pura Fé

"Pura Fé has developed a highly unusual style of weaving a fast-paced and complex, sinewy web of notes to follow and accent her extraordinarily dynamic vocal range . . . a unique and engagingly melodic tour de force."

"Patsy Cline had a great big barrel of a voice that cut straight into the heart of everyone who heard her sing."

"A round of 'chicken,' or moonshine, was ordered, and Macavine and Whistlin' Britches were one-upping each other with insults and dirty jokes. Captain Luke played it cool in the corner, sipping a can of Natural Light and smoking a cigar."

"The true 'Hootchie Kootchie Man,' Muddy Waters summons all the powers of the voodoo doctor in his guttural, deep blues voice."

"Dylan linked Till's innocent blood to a Mississippi downpour--so much blood shed from the brutal beatings; Till's killers 'rolled his body down a gulf of bloody red rain.'"

"Let's be honest: Southern rock is a critically despised genre, a redneck sound draped in the Confederate flag and fueled by an oh-so-'70s mix of Jack Daniels and Quaaludes."