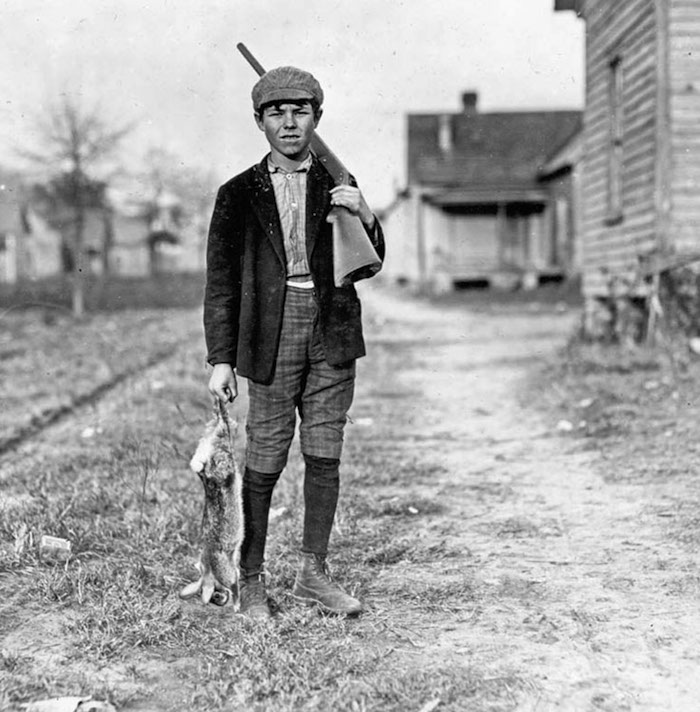 Photo by Lewis Hine, courtesy of the Collections of the Library of Congress.

"Although the same cottontails flourished across the region, Chatham County turned its rabbits into something like a regional brand, recognized throughout the South and along the eastern seaboard. By the end of the nineteenth century, Siler City had become the de facto rabbit capital of the Southeast."

The Eastern cottontail rabbit thrived in the edges that ran all across the North Carolina Piedmont in the late nineteenth century. Perennial rabbit dynasties filled the fields, meadows, and hedgerows over the spring and summer mating cycles. In September of 1896, they ran in such numbers that reports came of trains hitting them by the score. On November 1 of that year, Chatham County, the “happy hunting ground for Mr. Rabbit,” opened what promised to be a banner season. The morning of December 2, snow began falling in the region, and continued throughout the day. Nine inches fell on the county seat of Pittsboro and brought out the children for snowballs and sledding in town. Out in the countryside, the snow forced the rabbits into the open. Tireless boys chased them in the fields and caught them without dogs, guns, or traps.