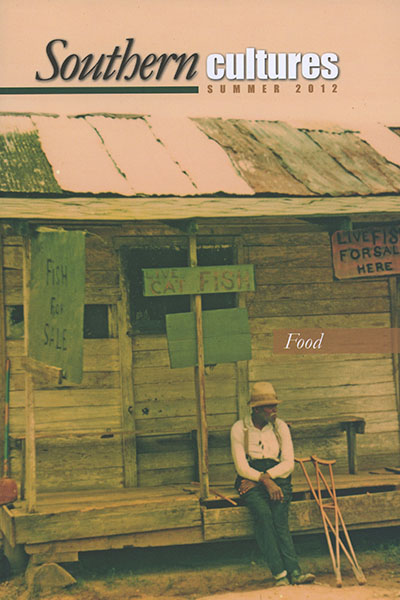 For our second special Food Issue, we serve you: Food in the New South; Tradition, Treme, and the New Orleans Renaissance; rural food supplies; a turtle party; rabbits, rabbits, and more rabbits; food for all; wild onions; and chocolate pie.

"Wash your hands, tuck in your napkin, and read your fill."

by Sara B. Franklin

"I see the participatory nature of food in New Orleans as being in the dishes. My guess is that none of the fine chefs in town would accept the challenge of putting their gumbo against somebody's mother's gumbo."

"Although the same cottontails flourished across the region, Chatham County turned its rabbits into something like a regional brand, recognized throughout the South and along the eastern seaboard. By the end of the nineteenth century, Siler City had become the de facto rabbit capital of the Southeast."

"Vimala Rajendran's dinners created a space for people to meet over a common table (or couch, or picnic blanket), make friends, support the livelihoods of others in their region, and imagine how, on any given Wednesday morning while peeling garlic, they could also positively impact global communities."

The Case of the Wild Onions: The Impact of Ramps on Cherokee Rights

"Finally, the defendant was called to testify. The air went from lighthearted post-lunch chatting to dour and intense. Judging from the sudden solemnity, one might have imagined that this trial was for drug trafficking or a violent crime. But it was about something that had much more profound implications: picking plants—specifically, wild onions."