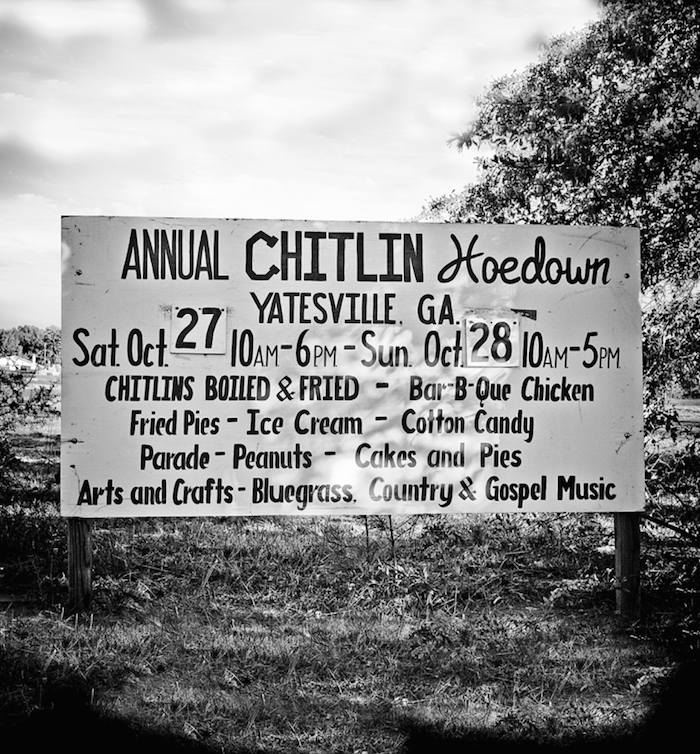 "Although I had been around chitlins from time to time all through my childhood, I always considered the actual eating of them as a spectator sport. In the first place, they stank."

Chitlins, as all the world knows, are guts—specifically, the small intestines of pigs, cleaned and scrubbed through several changes of cold water with salt and vinegar, chopped and stripped into manageable lengths of a couple of inches or so before being boiled and then simmered for a long time, usually with a few hot peppers and onions, until ready for serving either in simple stewed form or, more often, battered and fried. Many people think that “chitlins” is a lower or less elegant pronunciation than “chitterlings,” but the authoritative Oxford English Dictionary refuses to rank one version above the other, giving “chitlin” as “Another form of chitterling” and citing from no less snobbish a context as Gilded-Age Boston a reference to “A dish of smoking sausages . . . flanked by a dish of chitlins.”