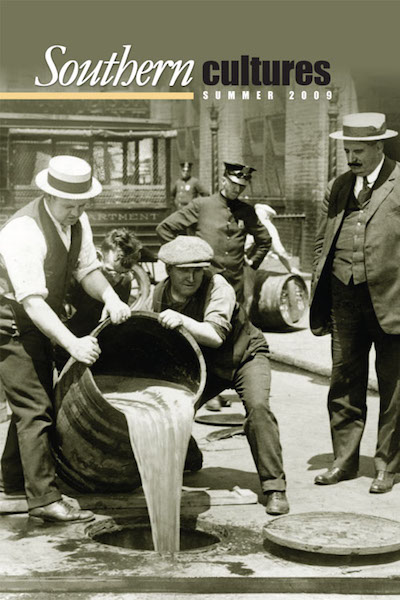 Join us in this issue as we do the Chitlin’ Strut, cruise the Core Sound in old workboats, pray for a broken van, consider memorials, sneak a nip of whiskey, and more.

"I once listened attentively as a native New Yorker explained the South to some newcomers more recent than he. 'What made this place possible was the invention of air conditioning,' he pronounced. 'Before that, nobody could live here.'"

"When Lee surrendered at Appomattox, there were already 1,800 Union dead from First Manassas buried in his wife's rose garden."

"'Alcohol undermines the health, enfeebles the will, makes the mind coarse and the tongue vulgar, brings discord to the family, deprives children of their rights, lowers the standard of morals, corrupts politics, fills prisons and asylums with human wrecks, mocks religion and ruins immortal souls.'"

"For years I had wanted to visit Gettysburg, Pennsylvania, that battlefield where the direction of the nation's history changed, the center of more than a century of memorialization. Yet, no amount of reading prepared me for its effect."

On Being Asked to Pray for a Van and Snapper

"It's a kind of monster, cobbled from parts of other creatures—"

"Although I had been around chitlins from time to time all through my childhood, I always considered the actual eating of them as a spectator sport. In the first place, they stank."

"I stood on the back porch and gazed across the fresh spring grass toward the squat little outhouse nestled at the edge of the meadow, behind the old chicken coop. All outdoor toilets are not the same, and ours has some unusually fine qualities."