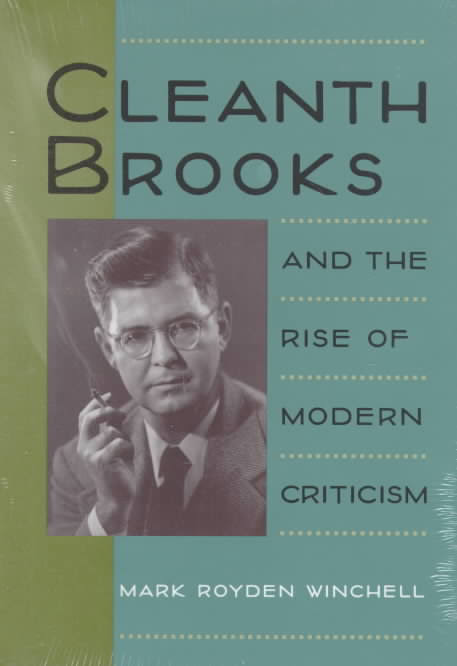 Cleanth Brooks and the Rise of Modern Criticism by Mark Royden Winchell (University Press of Virginia, 1996)

Cleanth Brooks (1906-1994)- in his later years when his hair had turned shiningly white and when, as his biographer Mark Royden Winchell amply notes, his blue eyes actually did seem to “twinkle”- bore a resemblance to Clarence Oddsbody, the angel sent to rescue George Bailey from despair and suicide in Frank Capra’s It’s A Wonderful Life (1946). When Angel Clarence enters the story, George is in despair. Through a simple accident his savings & loan is about to crash, and he is sure he will be sent to jail. He wishes he’d never been born, and Clarence arranges for him to have his wish. Without George, Bedford Falls is unleavened materialism: usury, xenophobia, rampant failures of community on personal and civic levels. He pleads for his life back, and Clarence arranges it. The film ends in an orgy of community, all the more moving because we know it would never happen in “real life,” holiday spirit or no holiday spirit.