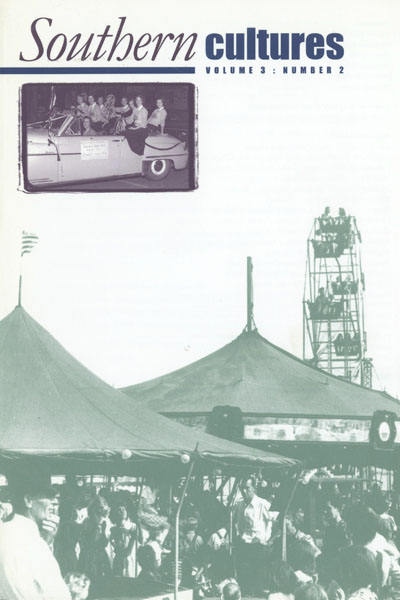 "What happens when one person looks at the art of another?"

Rituals of Initiation and Rebellion: Adolescent Responses to Segregation in Southern Autobiography

"What can the autobiographies of black and white southerners coming of age in the segregated South tell us about race?"

by "North Carolina's writers respond with new fiction, poetry, and essays to works in the North Carolina Museum of Art collection." Editors

"North Carolina's writers respond with new fiction, poetry, and essays to works in the North Carolina Museum of Art collection."

The Country Child, When Overpraised

"In such heat, this mission sickened him. The killing had been simple, it felt country-necessary, country-right."

On Winslow Homer’s Weaning the Calf

"I feel it melt into a world where sun conceals its shade, and seasons pass."

The Resurrection of Christ

"Through Mrs. Kingman we learned to identify Rubens’s The Holy Family by telling ourselves the plump, satisfied Christ child was sleeping off the effects of a sandwich."

Thomas Hart Benton and the Thresholds of Expression

"But perhaps the greatest discovery for me was the city of Raleigh itself."

The Goal of a Realist

"All the time I was growing up in Statesville, I never went to an art museum. There was none; the weekly art teacher in public schools contented herself with the color wheel and the hope of proportionate good likenesses."

“An Effort Toward Good Will and Good Wishes”: Folk Studies and Howard Odum’s Changing View of Race

"Two friendships lead to an understanding of black culture and broaden a southern progressive's view of race."

Photo by Peter A. Coclanis

The Times Were Strange and Stirring: Methodist Preachers and the Crisis of Emancipation by Reginald F. Hildebrand (Review)

Seasoned by Salt: A Historical Album of the Outer Banks by Rodney Barfield (Review)

Passionate Visions of the American South: Self-Taught Artists from 1940 the Present, and exhibit curated and a catalog edited by Alice Rae Yelen (Review)

"Although the southern mother doesn't have the national fame of her Jewish counterpart, she has been celebrated locally in novels, verse, folklore, and song."

"By the last tune, singers have indeed made 'heaven's portals ring.'"

“A Country Boy Can Survive”: Confessions of an Ex-Shitkicker

"There, I'd gulp down icy Stag drafts, shoot a few games of eight-ball, and occasionally eat a pickled egg or two with old high school friends."