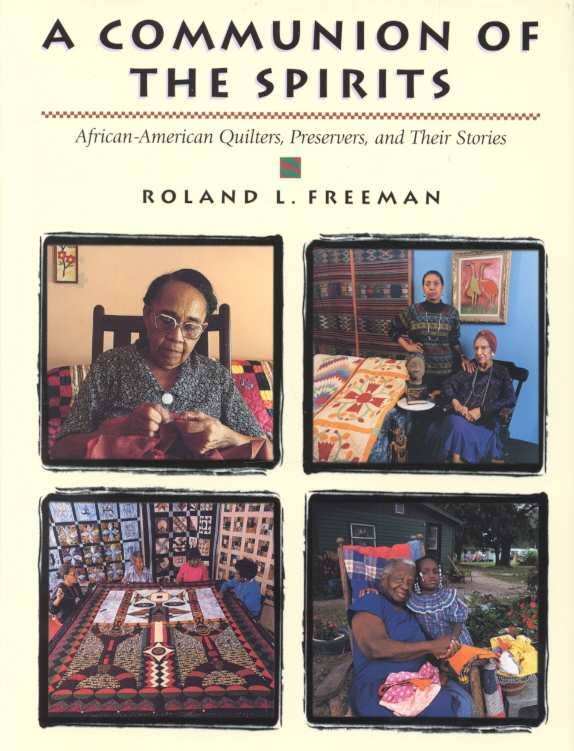 A Communion of the Spirits: African-American Quilters, Preservers, and Their Stories by Roland L. Freeman (Routledge Hill Press, 1996)

The frontispiece of A Communion of the Spirits is a very familiar image for those who have followed Roland Freeman’s photo-documentary work over the last twenty years. Taken in August 1976, the black-and-white photograph shows Hettie Barnes, a quilter from Wilkinson County, Mississippi, sitting in a rocking chair on her front porch, reading a newspaper, and having her hair plaited by her granddaughter. The iconography of this single image captures many of the themes that have dominated Freeman’s work from then to now: both woman and child appear in their work or play clothes and are barefoot in the August heat, but the clothing is neat and clean. The child’s hair is well groomed with plaits front and back and a bow; she in turn grooms her grandmother, who is quietly absorbed in the news of the day. The grandmother wears a ring on her wedding finger, and a white oak basket, made by her husband, Hal Barnes, sits behind her rocker. Neither subject looks at the photographer; they appear fully attuned to the wordless communication that passes between them.