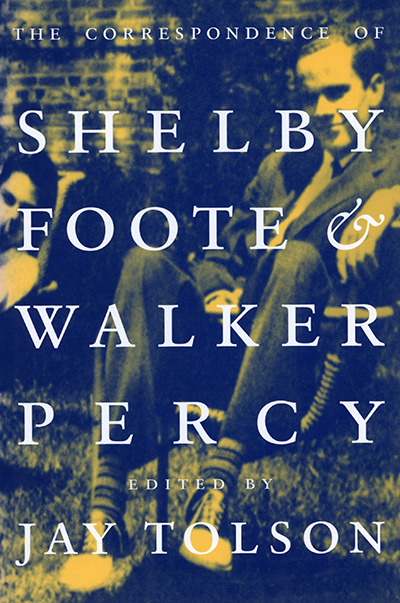 The Correspondence of Shelby Foote and Walker Percy Edited by Jay Tolson (Center for Documentary Studies in Association with W. W. Norton, 1997)

Center for Documentary Studies in Association with W. W. Norton, 1997

Stories of close friendships abound in American literature—Hawthorne and Melville, Mark Twain and William Dean Howells, Dreiser and Mencken—but few such friendships began so early in life as that between the novelist Walker Percy and the novelist-historian Shelby Foote. They met when both were fourteen, shortly after Percy came to Greenville, Mississippi, after the suicide of his father in Birmingham, Alabama. Walker came to Greenville to live with his father’s cousin, William Alexander Percy, poet, lawyer, and later author of one of the most notable of southern autobiographies, Lanterns on the Levee (1941). “Uncle Will,” who soon adopted Walker and his two brothers, thought Shelby—also fatherless and, like Walker, somewhat introspective—could introduce Walker to Greenville.