“I would look over at Mama, eyes closed sometimes while she was singing, fingers steady snapping, face so peaceful and joyous, and I just knew she knew the place and exactly how to get there.”

My sister and I created wondrous shadow worlds for ourselves when we were girls. We were dancers on clouds and underground, or we had to lie still under floor planks with heavy boots plodding above us, or we were mean teachers in one-room schoolhouses with unruly children, or we were grandmothers being monstrously magical and impossibly old for no good reason. Quite often we were flying, free or in spaceships. No one could tell me I wasn’t out there somewhere on another planet; Star Trek: The Next Generation just got canceled before Captain Jean-Luc Picard and them found me, which is just as well because, to this day, I don’t want anybody to know exactly where I am. We sat on the very top branches of the two pine trees Daddy planted for us when we were born, watching what Anansi the Spider and Bruh Fox was up to. And we almost always had swords, even in that classroom. We were ghosts and dead and deadly.

Outside of the goings on of these worlds, I recall being periodically preoccupied as a girl with where Ms. Mavis Staples and the Staple Singers were taking us. Mama sang all the songs on the oldies station, whether the Mamas and the Papas’ “California Dreamin,'” or Simon and Garfunkel’s “Scarborough Fair,” or anything Temptations, with equal vigor, like she hadn’t heard each song in many years, when in reality they were in such regular rotation that my sister and I would be going about our everyday lives and suddenly burst out, “Parsley, saaaage, rosemary, and thyme!” Nonetheless, Mama was transported somewhere far away by these songs and so were we, as much as we allowed them a spot on the soundtracks to our sword fights and space travels and grandmother tales. But when the opening bass beat, the all aboard, the altar call, of the Staple Singers’s “I’ll Take You There” would come on, Mama’s drama reached new registers. She would sharply shout, “Hey!,” snapping us back to the present of our funky bodies in our usually hot car like a boomerang. It was startling, the shout and the special joy with which she sang and waved her hands, seeming to let Jesus take the wheel and making me nervous. It was also, I felt, a betrayal. Because I would look over at Mama, eyes closed sometimes while she was singing, fingers steady snapping, face so peaceful and joyous, and I just knew she knew the place and exactly how to get there. I wondered why in the hell she wouldn’t just take us there instead of violin lessons. 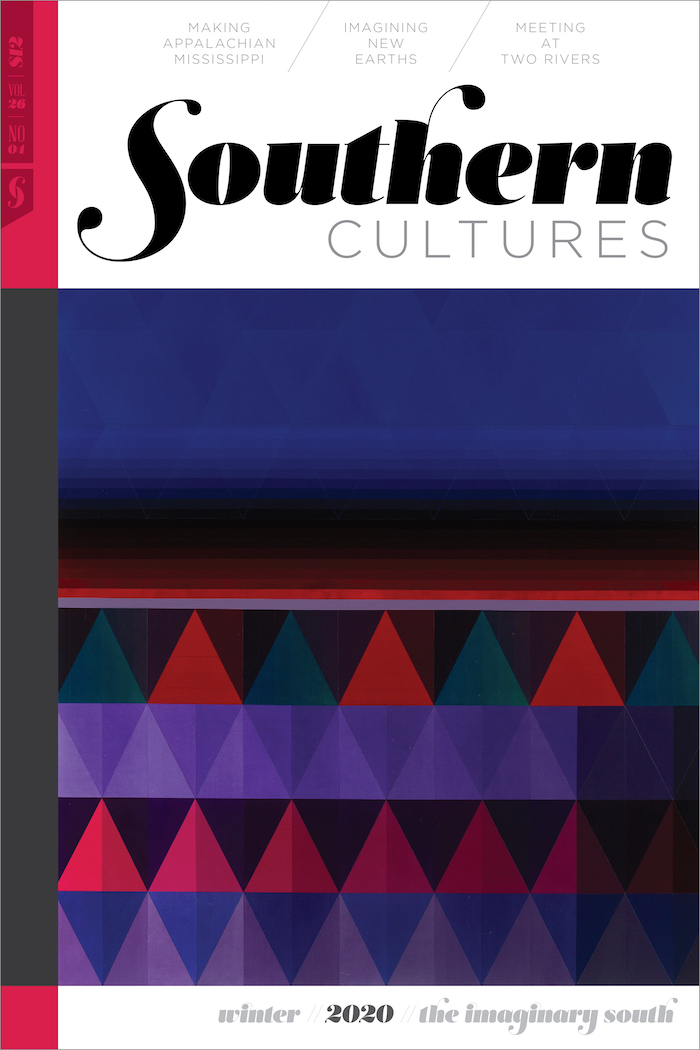 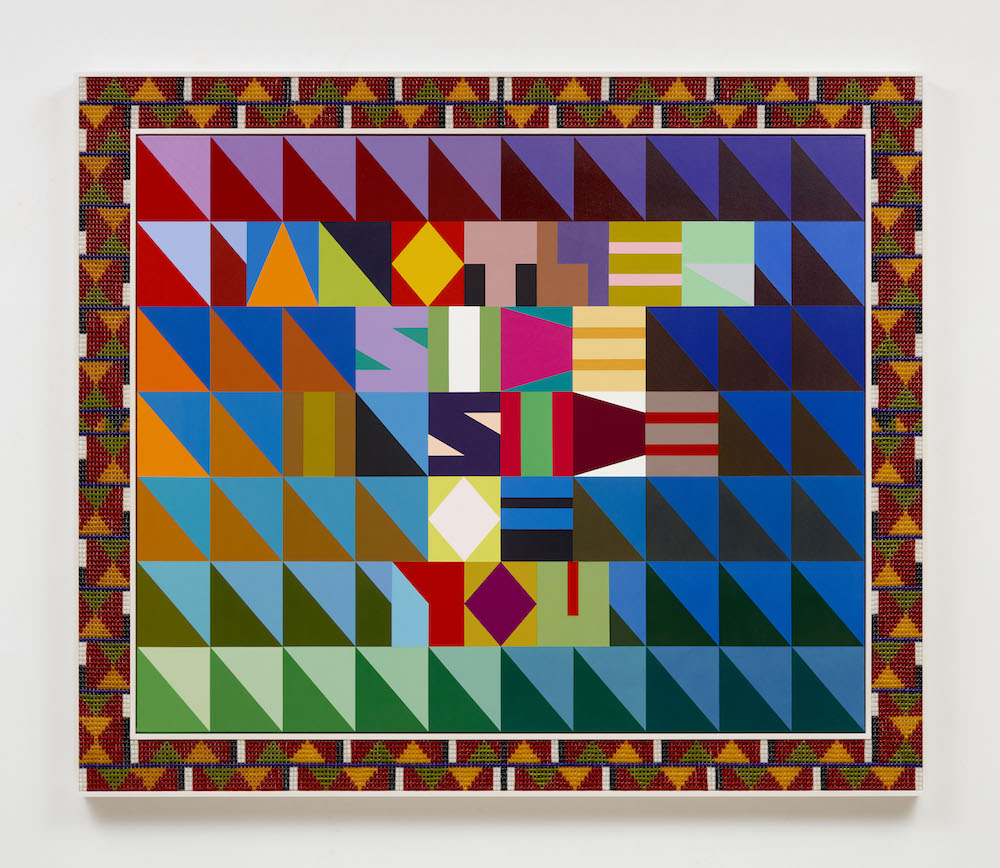 Jeffrey Gibson, ANOTHER SIDE INSIDE OF YOU, 2020. Acrylic on canvas, glass beads, and artificial sinew inset into wood frame, 82 × 74 × 2.5 in. Courtesy of Sikkema Jenkins & Co.

In church, they sang of the hereafter and heaven and yonder and elsewhere and going and going and going there. Where and when was there? The imagination, made manifest in their voices laying on top of one another, was the fuel, the ignition, the propulsion, for where we were trying to go. I came to know death, standing over bodies in caskets as choirs sang above, as freedom and peace and escape to this yonder. Heaven as a place and an ontology. I was still scared to die then, but I asked the spirits that visited me to show me. Over and over, they led me to the floors and the tops of woods, to the rivers, to the oceans, and to the electric space just above my head, which, in a good moment, led to the cosmos.

For my sister and me, the material world overlapped with our interior worlds, the infinite but fragile container for our imaginations, in ways we didn’t and still don’t understand. I know the Mississippi River is all matter, is a real thing, so when it rushes east, engulfing four miles of Memphis on its way into my house, and says, “You need to come see me,” I don’t balk. I just get up and head down, gathering it up in my arms along the way downtown to put it back where it mostly ought to be. It is in this same way that I don’t deep sigh anymore when my sister says she doesn’t want to take the medicine because then she won’t be able to hear God’s voice. Imagination is duty.

I don’t deep sigh anymore when my sister says she doesn’t want to take the medicine because then she won’t be able to hear God’s voice. Imagination is duty.

This issue contains documentation of an archetypal Black and Indigenous and Latinx mind of the South, cultivated across the generations, always taking flight. It begins with the ground. Danielle M. Purifoy, Maya Doig-Acuña, and Barbara Sostaita contend with the material—earth, land, bananas, fabric—and the conditions under which it is transformed, taken possession of, cultivated, harmed, and held. There, moving across the terrain, are the people who perform the alchemies of earth to flight, imagination to material, and those who structure and restrain their lives through power and policies. The important remainders, our memories and our lives, are lagniappe or excess, depending on who is looking. 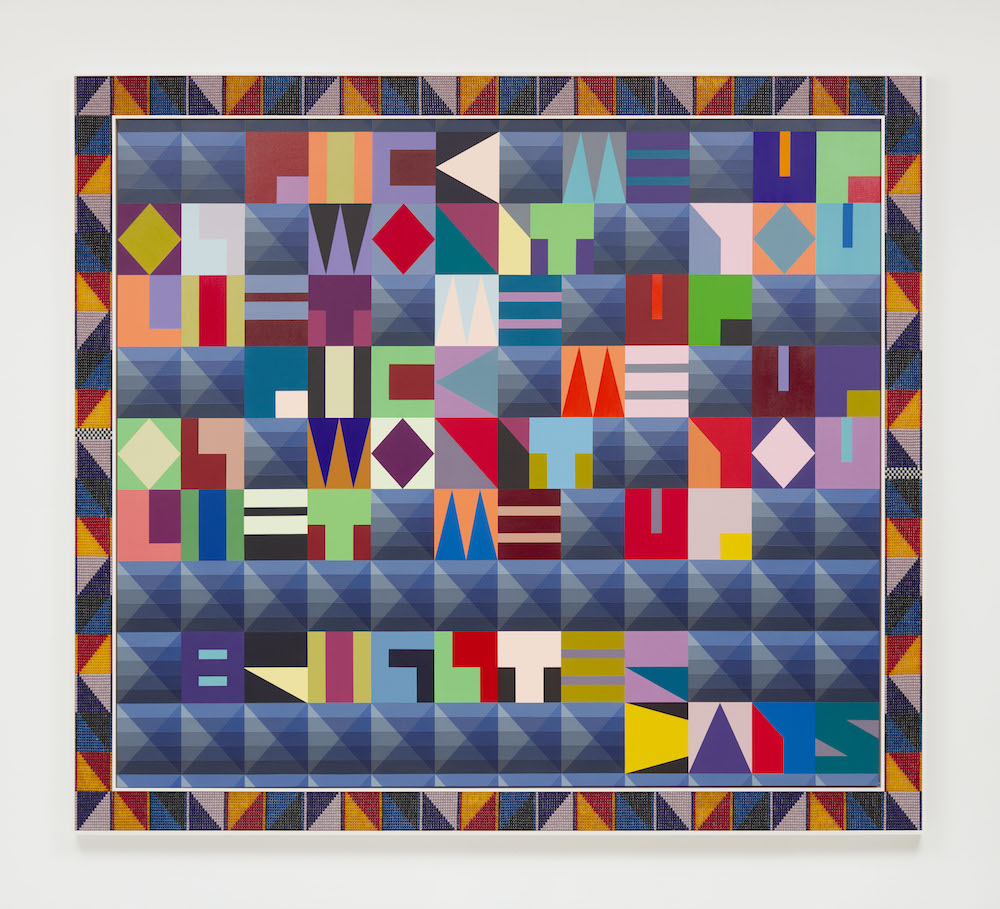 The purveyors of this structuring power like to think that they, too, are exercising imagination, but we know that imaginations require capable interiors. Instead, the white mind of the South might be more aptly described as subsumed by delusion or projection, or whatever psychoanalytic terms one might prefer, something from the French or German psychoanalysts, or perhaps from my favorites, Lillian Smith and Toni Morrison. This mind is also cultivated across the generations, halting and constricting and stultifying. We can see it hard at work in Justin Randolph’s and Joseph M. Thompson’s remarkable accounts of how whiteness will make up and misread anything, from a mountain to a map to a song, so that its adherents are the most powerful, aggrieved, deserving, harmed, the cleanest and the clearest ever.

There are Souths that are only imaginary because most dominant stories about the region do not acknowledge they exist.

There are Souths that are only imaginary because most dominant stories about the region do not acknowledge they exist. Here, I am reminded of Ralph Ellison’s “lusty nay” to Gunnar Myrdal’s An American Dilemma: “Prefabricated Negroes are sketched on sheets of paper and superimposed upon the Negro community; then when someone thrusts his head through the page and yells, ‘Watch out there, Jack, there’s people living under here,’ they are shocked and indignant.” But, of course, these Souths exist, and when they speak back, they say, “Hey!,” like Mama to the Staple Singers, and startle those theretofore unaware. No need to be afraid. Patricia Crosby documents one such South mis-known by some but known perfectly well unto itself in her photo essay of the everyday marvelousness of Black Claiborne County and Alcorn State University in the 1970s. Tiana Nobile writes from under the page of what it is like to be marvelous and yet to be ravaged, mocked, and made spectacle and object by those willfully refusing to know the full being of others. 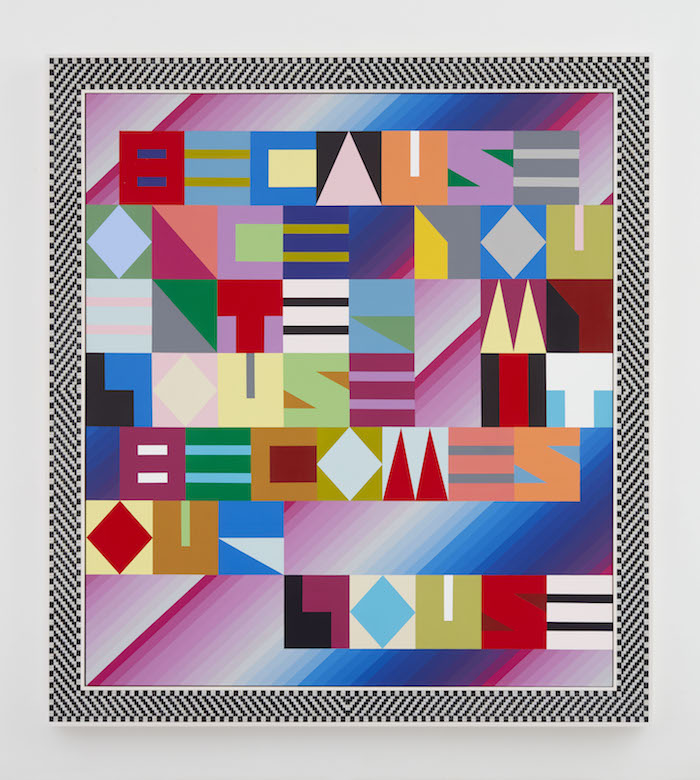 Jeffrey Gibson, BECAUSE ONCE YOU ENTER MY HOUSE IT BECOMES OUR HOUSE, 2018. Acrylic on canvas, glass beads, and artificial sinew inset into wood frame, 82 × 74 × 2.5 in. Courtesy of Sikkema Jenkins & Co.

And back to woods and rivers and oceans. There is Houston Cofield’s portrait of grief and the way the woods, when captured just so, let us know they care about and can hold our pain like they held us when we ran and played and cried and hid in them. And in another woods, where Cassandra Klos searches for Bigfoot and finds something else, there is the possibility of something simultaneously quotidian and preternatural, but the search itself is the imagination, the action, fervent and vibrating like the air around someone about to catch the Holy Ghost. At the beginning and end of things is Alexis Pauline Gumbs’s invocation to movement and flow and light at the place where the Pearl and Mississippi Rivers meet, tougaloo, and keep it moving on out to the ocean. Sometimes it begins with the water.

Imagination is our birthright.

Imagination is our birthright, the intersection of our expansive private intimacies as they interact with our collective dreams. It is where Mama sings and Daddy prays. It is the space where the contours of new worlds, of freedom, take shape. It is where my sister and I climb high in our respective pine trees, readying ourselves. It is where we slough off and refuse the old world. It is where Ms. Mavis is taking us. It is where we take flight and keep going no matter what, or, as my people say, irregardless. The digging and the flapping and the churning and the soaring together, we till something better for this earth and for us all.

Zandria F. Robinson is author of This Ain’t Chicago: Race, Class, and Regional Identity in the Post-Soul South and Chocolate Cities: The Black Map of American Life, written with longtime collaborator Marcus Anthony Hunter. Her writing has appeared in Rolling Stone, Scalawag, the Believer, and the New York Times. In 2017, she was a finalist for a National Magazine Award for an essay she wrote for the Oxford American.

"To Live and Thrive on New Earths"