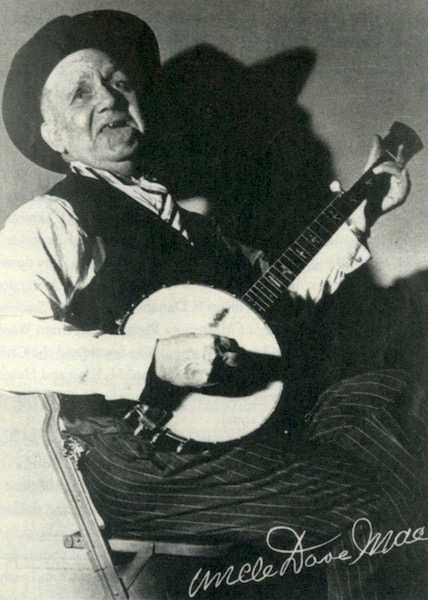 "He left the shop stunned and went back and wrote in his diary: 'Robbed in a New York barbershop—$7.50!'"

David Harrison Macon was born at Smart Station near McMinnville on the Highland Rim of Tennessee in 1870.

As long as anyone could remember, he was “nuts about a banjo.”

When Dave was thirteen, his father, a Confederate captain, bought the Broadway Hotel in Nashville, and for three years the boy picked up music and tricks and a line of talk from the show and circus people who trouped through the Broadway.

Captain Macon was knifed to death, and Dave’s mother sold the hotel and moved the family to Readyville, near Murfreesboro. Dave took to teamstering—hauling freight, produce, and Jack Daniel’s No. 7 whiskey to Woodbury at the rate of twenty-five cents a gallon. He got him a wife and a farm near Murfreesboro, and from then on ’til 1920 this is what he did: farmed a little, hauled a lot, singing as he drove his mules, picking banjo when he stopped to rest. He grew chin whiskers, and people took to calling him “Uncle Dave.” Clerks in the small towns would come to the doors of their stores as Uncle Dave drove his mules by—singing and picking and whooping and making them laugh whether they wanted to or not.