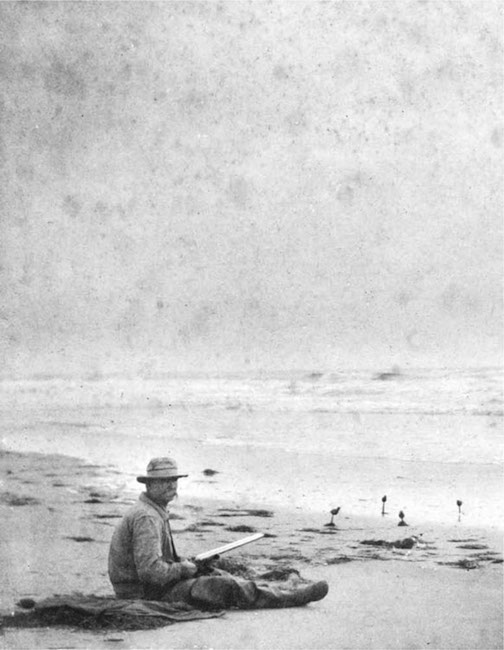 "'Oh Violet, keep the head on the fish, because I want my eyeballs.'"

The Eastern Shore of Virginia, a long narrow peninsula, projects roughly seventy miles southward from the Maryland state line to the mouth of the Chesapeake Bay. The Atlantic Ocean bounds the two counties (Northampton and Accomack) on the east and the Chesapeake Bay on the west. The soil is sandy; the terrain is flat. Scores of tidal streams and creeks cut into the shoreline on both sides of the Eastern Shore. Vast marshes on the seaside extend to a chain of constantly shifting Atlantic barrier islands that were once home to a variety of settlements, hunting and fishing clubs, and resorts. Storms and erosion, however, forced the residents to relocate to the mainland in the 1930s, leaving the islands in the sole possession of birds and wildlife. Oyster watch houses perched on slender pilings still dot a marine landscape that changes dramatically with tidal ebb and flow. On the bayside, long necks bracket saltwater creeks and marshes. Indians, Europeans, and Africans have harvested these estuaries as long as they have occupied the land, fishing with spears and harpoons, seines, drift nets, pound nets, and hand lines. In the 1800s fish fed the inmates of the county almshouses and were shipped by rail, destined for well-to-do urban tables in Baltimore and Philadelphia.