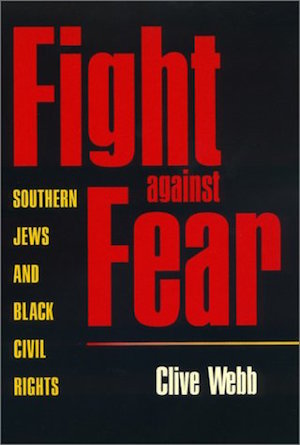 Fight Against Fear by Clive Webb (University of Georgia Press, 2001)

Recently, the Fox Family network has been airing episodes of their new show, “State of Grace,” which is about a young Jewish girl named Hannah Rayburn. Hannah’s family moves from Illinois to North Carolina, and she copes with being a “fish out of water,” as the show’s description says, with the help of her friend Grace. But Hannah is by no means alone. With the recent rush of southern Jewish memoir, as well as the release of documentary films like Delta Jews and Pushcarts and Plantations, it’s becoming clearer and clearer that there are—and long have been—plenty of Jewish fish in the southern waters.