Days before the 143rd Kentucky Derby on Saturday, May 6, 2017, documentary photographer Tom Rankin shares memories of a lifetime attending the "greatest two minutes in sports."

I was already off in college before I heard anyone say “The Kentucky Derby.” We only said “Derby” growing up in Louisville, as in “Hey, you going to Derby this year?” I sent my first Derby bet to Churchill Downs through my parents in 1966, a mere $2 across-the-board wager on Maryland-bred Kauai King. Don Brumfield rode him to victory that day, returning $14.60 on the bet I made with money that wasn’t even my own. A nine-year old has never witnessed a sweeter, luckier, and more lucrative victory. Nothing hard about this game, I chortled.

William Faulkner, in his 1955 Sports Illustrated article on the Derby (“Kentucky: May: Saturday”) wrote that “. . . it is not just betting, the chance to prove with money your luck or what you call your judgement, that draws people to horse races.”  What is it, then, that draws so many to the racetrack, to the horses, to the other people also gathered there—those who work, bet, party, laugh and cry, or just strut through the day? I’ve been watching and attending what many call the “greatest two minutes in sports”—it’s really of course days long, a marathon of a weekend that begins early and ends late—for years, with as much interest in the various “marks of the whiskey gentry” (Hunter S. Thompson’s phrase) as with the horses themselves.  Mostly I love the confluence of people at the race track, those on the backside and in the grandstand, the people who know, work, and ride the horses right alongside those admirers who will never have the chance touch an equine athlete.

All photographs by Tom Rankin, taken on Friday or Saturday of the Kentucky Derby. 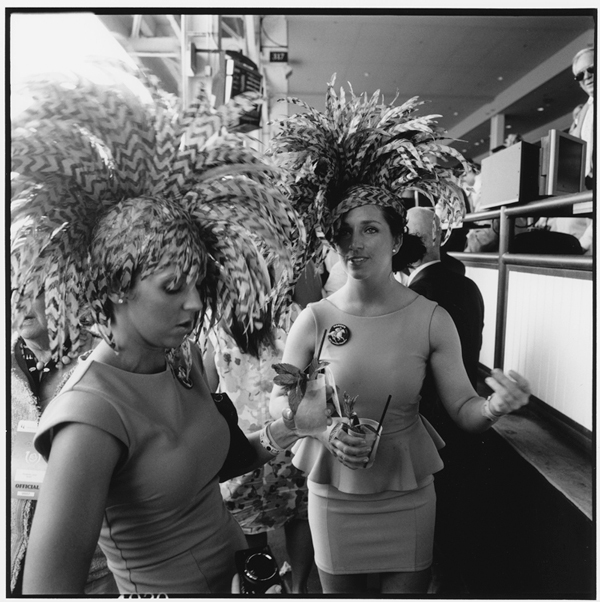 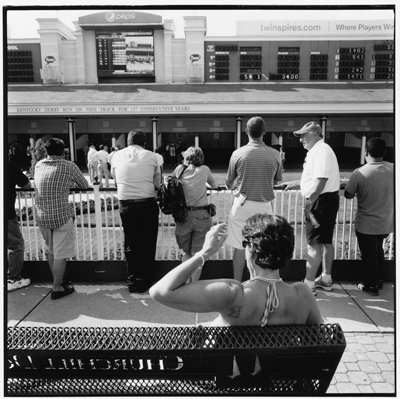 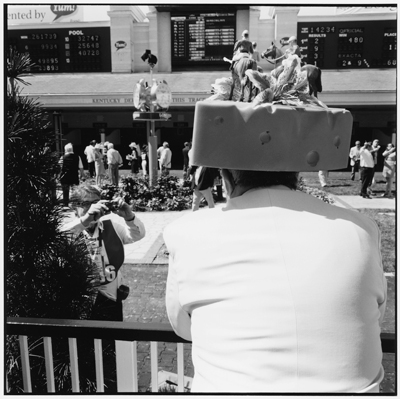 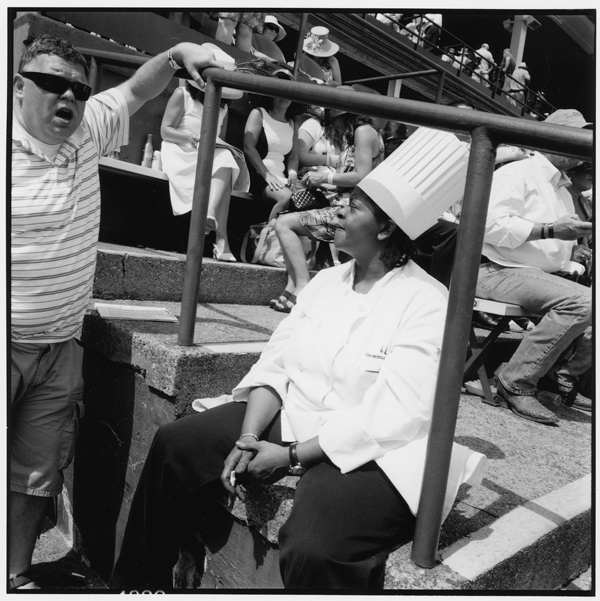 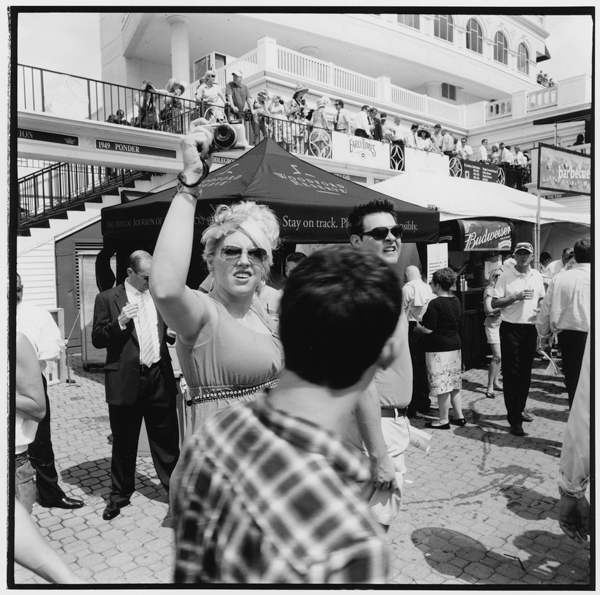 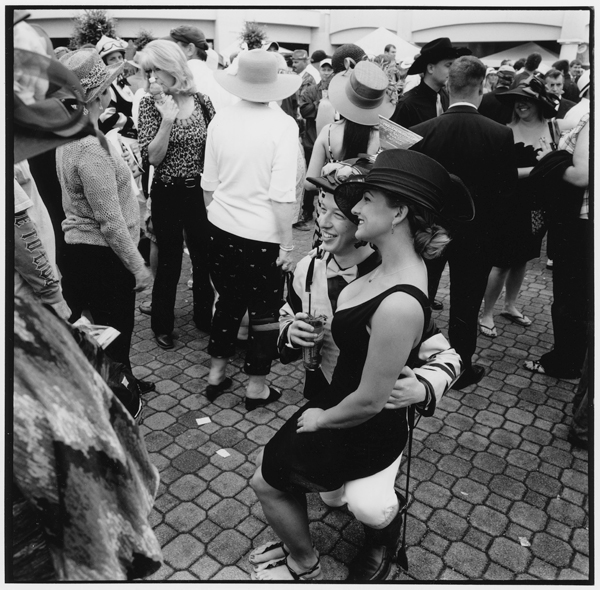 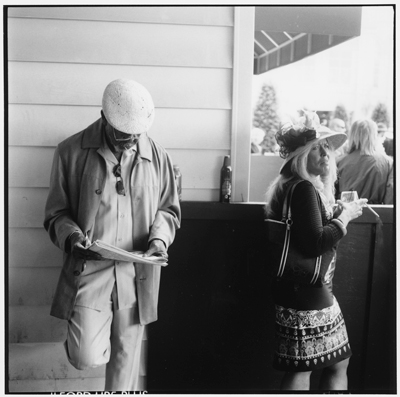 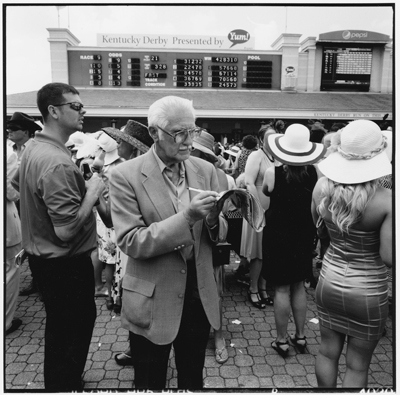 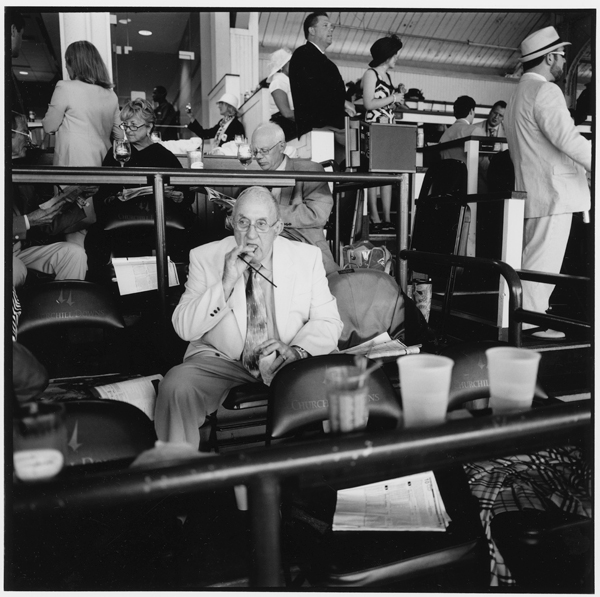 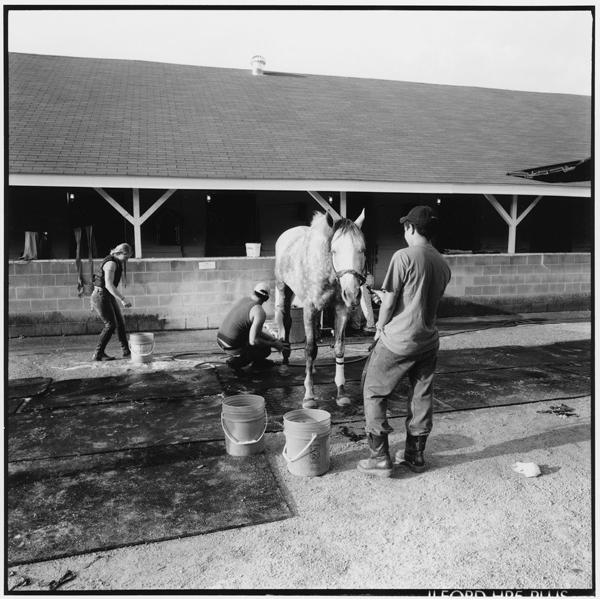 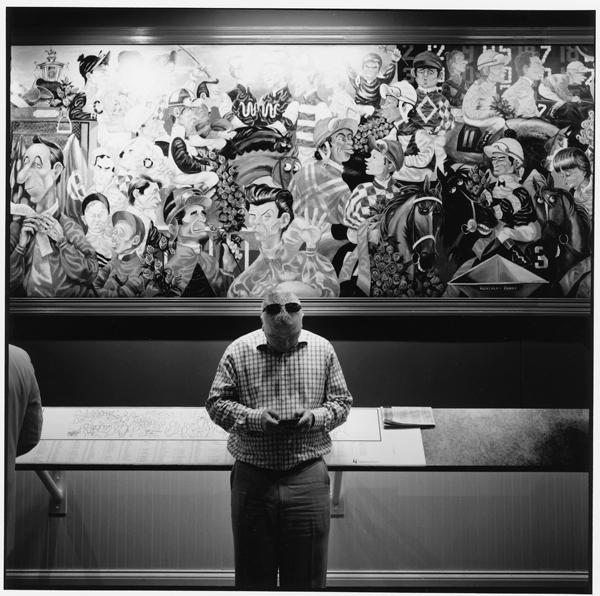 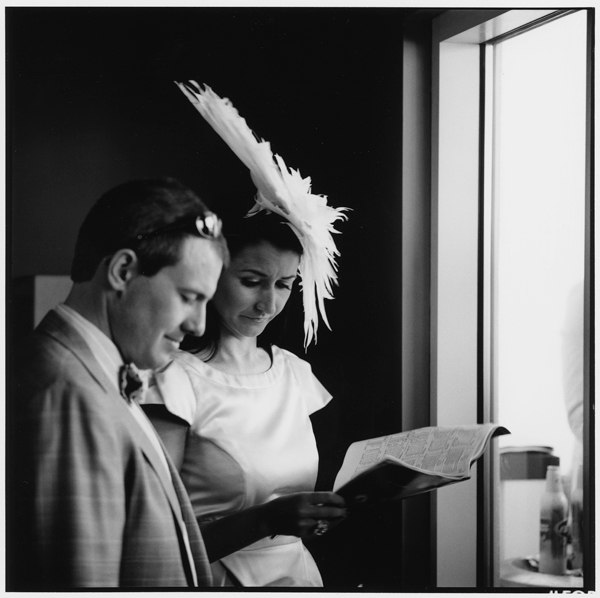 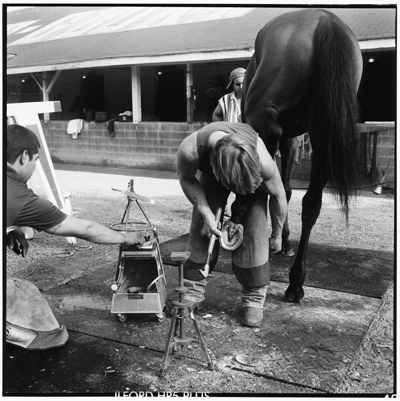 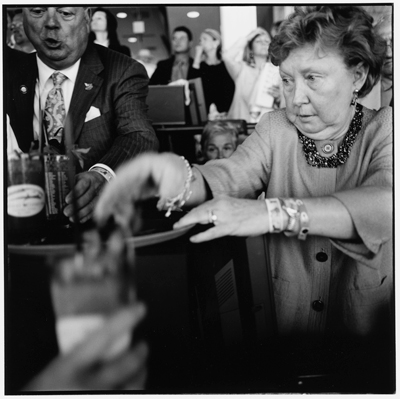 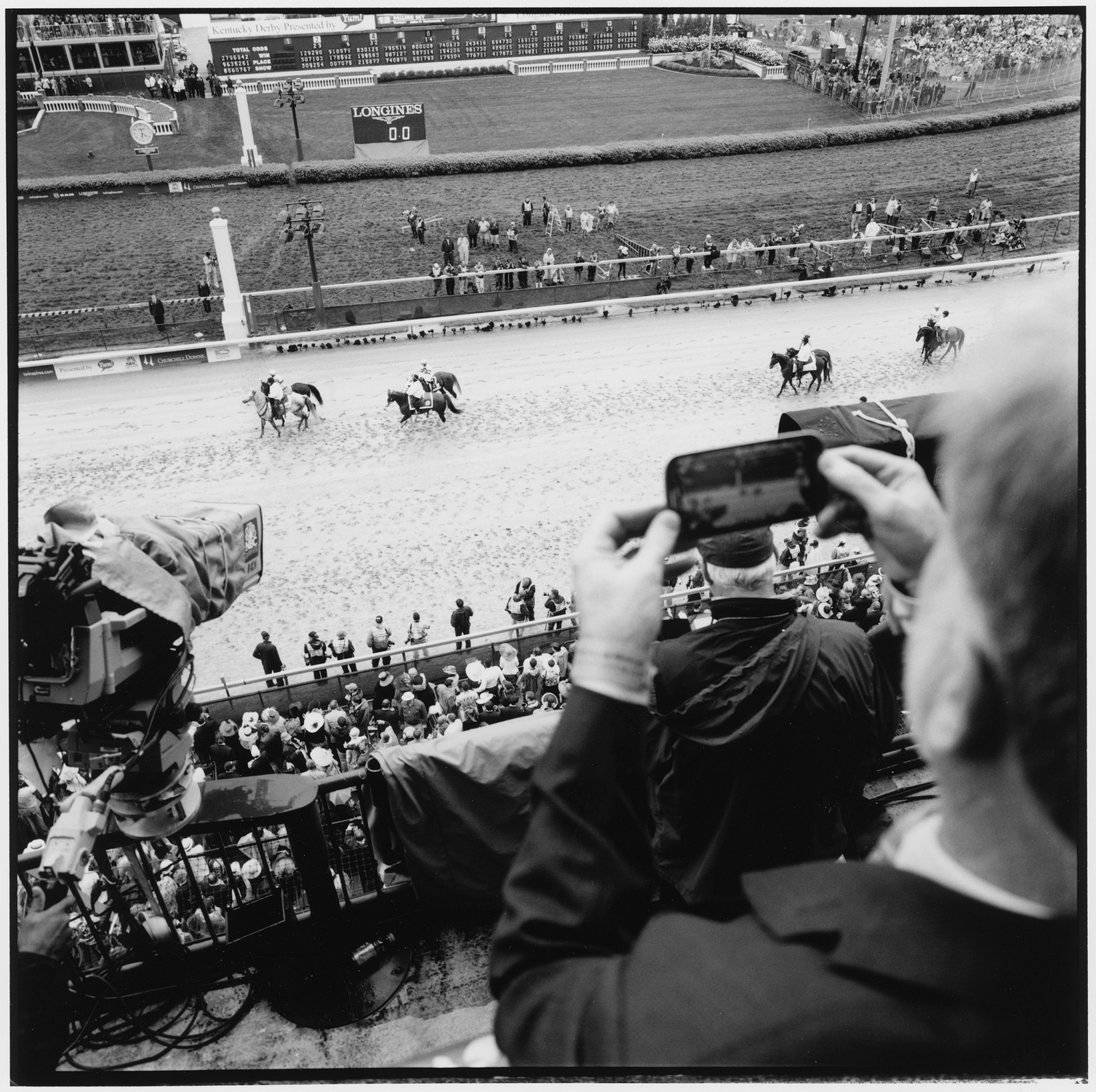 Tom Rankin is Professor of the Practice of Art and Documentary Studies at Duke University where he directs the MFA in Experimental and Documentary Arts. His books include Sacred Space: Photographs from the Mississippi Delta (1993); Deaf Maggie Lee Sayre:  Photographs of a River Life  (1995); Faulkner’s World: The Photographs of Martin J. Dain (1997); and One Place: Paul Kwilecki and Four Decades of Photographs from Decatur County, Georgia (2013). “First Saturday in May” is part of much larger project on the world of thoroughbred horses.