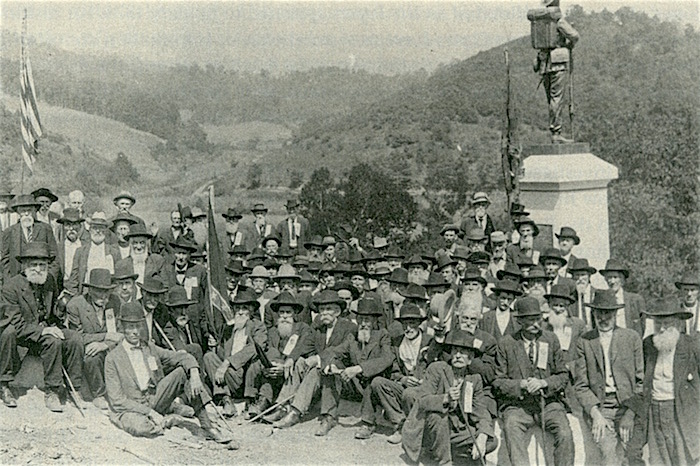 Confederate veterans in September 1915 at a monument dedication in Sylva, N.C. Reprinted with permission of Hunter Library, Western Carolina University.

"This campaign was bloodless, fought with pen rather than sword. But the ex-Confederate officers who founded the Southern Historical Society were determined to advance their cause."

An important campaign of the Civil War began in New Orleans, Louisiana, in 1869. Sporadic outbreaks of resistance had occurred since 1865, and the events in New Orleans merely gave organization and direction to Confederate resistance efforts. Like the military operations undertaken between 1861 and 1865, the dedicated white southerners who carried out the campaign were fiercely loyal to the Confederate cause. Unlike previous hostilities, this campaign, however, was bloodless, fought with pen rather than sword. On May 1, 1869, the Southern Historical Society was founded. It dedicated itself to preserving the Confederate perspective of the Civil War.