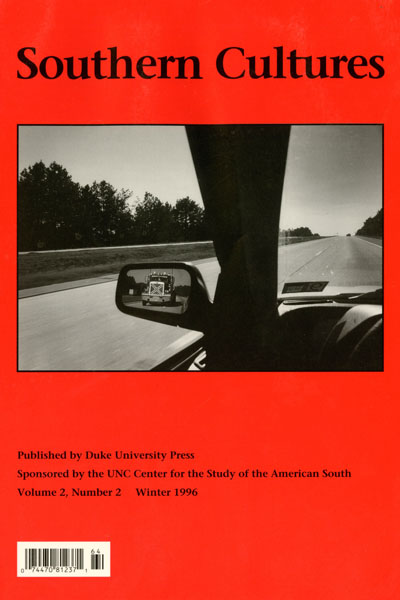 This winter we ask questions and uncover some answers about the Civil War, and consider the Confederate battle flag in American history, culture, and public spaces.

As kids, we obviously lacked a lot of factual information, but age and ignorance were not our only sources of confusion. Instead, as Americans and white southerners both, we couldn't be entirely sure who "we" were.

The American Civil War in Economic Perspective: Basic Questions and Some Answers

"Estimating the Civil War's cost can be a difficult and unseemly business, according to the author. Yet economists and historians keep arguing over the figure."

"This campaign was bloodless, fought with pen rather than sword. But the ex-Confederate officers who founded the Southern Historical Society were determined to advance their cause."

The Confederate Battle Flag in American History and Culture

"Through more than three dozen photographs, the author reveals the battle flag's history and its symbolism."

The Confederate Flag and the Meaning of Southern History

"The author argues that the time has come to give up the Confederate battle flag as a public symbol. A sense of southern identity, though, should be preserved."

The Civil War in Popular Culture: A Reusable Past by Jim Cullen (Review)

An Evening When Alone: Four Journals of Single Women in the South, 1827-67 edited by Michael O’Brien (Review)

Behind the Mask of Chivalry: The Making of the Second Ku Klux Klan by Nancy MacLean (Review)

Race and Democracy: The Civil Rights Struggle in Louisiana, 1915-1972 by Adam Fairclough (Review)

Along Freedom Road: Hyde County, North Carolina, and the Fate of Black Schools in the South by Davis S. Cecelski (Review)

The University of North Carolina Press, 1994

Will the South Do It Again?

"This time, our pollster asks the question, 'Do you agree or disagree that, if it could be done without war, the South would be better off as a separate country today?'"

The Confederate Battle Flag: A Symbol of Southern Heritage and Identity

"I remember my own father and uncles returning from World War II with stories of how southerners, particularly rural and working-class ones, were denigrated and ridiculed by conscripted urbanites for their speech, manners, attitudes."

Driving Dixie Down: Removing the Confederate Flag from Southern State Capitals: An Excerpt

"For relief, I take my eyes off the flag and glance down again at the groundskeeper, who is still pulling the cords to raise the trio of flags."