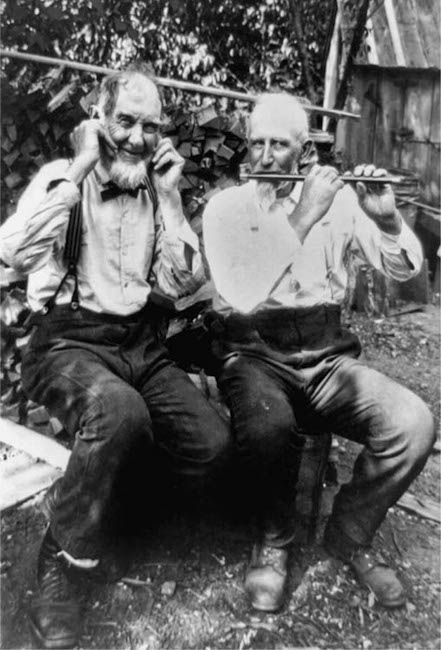 An Appalachian fifer and friend, c. 1914, courtesy of the Collections of the Library of Congress.

"For most of us, roots music is not something we absorbed with our first breaths, but something we looked for and seized on, hoping to fill a void that other music could not plumb."

This edition of Southern Cultures’s music issue deals with “roots” music, a label that grew especially well known and popular after the Coen brothers’ remarkable movie, O Brother, Where Art Thou?, appeared in 2000. America’s diverse cultures have inspired an immense variety of musical forms and styles, nowhere more than in the South, and “roots” tries to capture that variety at the deepest level among families and communities, before the process of commercialization and homogenization begins. Our inspiration came from the North Carolina Humanities Council, which throughout 2010 is sponsoring a traveling exhibition from the Smithsonian Institution entitled “New Harmonies: Celebrating American Roots Music.”