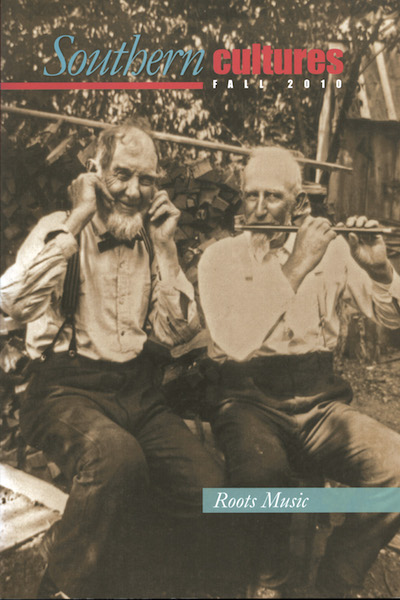 This August we head back to our roots with this special issue on Southern Roots Music, including a sneak peek at Rick Bass’s Nashville Chrome; the astonishing new novel based on the rise of the famous country-folk trio The Browns; Bukka White’s last interview & the exclusive follow-up with B.B. King on White’s legacy; the Top Ten (& more) Greatest Folk Musicians; Dylan & unpublished gems from the collection of photographer Dick Waterman; William R. Ferris’s seminal interview with Charles Seeger; songwriter, producer, musician, and sensation Willie Lowery on the record; the environmental roots of Southern Rock; a jazz & big-band icon from a bygone era; and the first interview in print in America with swamp bluseman Jimmy Anderson.

"For most of us, roots music is not something we absorbed with our first breaths, but something we looked for and seized on, hoping to fill a void that other music could not plumb."

from the forthcoming novel Nashville Chrome by Rick Bass

“Fixin’ to Die Blues”: The Last Months of Bukka White With an afterword from B.B. King on Bukka White’s Legacy

"There's a gang that would travel if you get on a freight train and couldn't get off. If I'd stayed on there I'd been getting killed."

The Legend Catcher: Rarities from the Collection of Photographer Dick Waterman

"The backstage Dylan—dutifully practicing with harmonica and guitar—wouldn't have predicted a portfolio that would include forty-five more albums."

"Pete thumbed his way all over that triangle from Maryland to Florida to Texas. Whenever he saw someone carrying a banjo or guitar, he would cotton up to them. And if they knew anything he didn't know, he'd just find out what it was, learn to do it, and then go on to the next."

"Frank Proffitt learned most of his repertoire of songs, hymns, ballads and banjo tunes from his family and sang them in a hickory-smoked baritone that flowed subtly and poignantly through his ballads like a quiet mountain stream."

"The Oak Ridge Boys—you've heard of them—came into town, and they said, 'Willie, we'd like for you to play.'"

"In 1967, the Allman brothers headed to California, hoping to make it big in a band called Hour Glass. The band quickly became popular on the Los Angeles music circuit, playing at popular clubs like the Whiskey a Go Go and drawing the attention of rising rock stars like Neil Young and Janis Joplin."

Women Dancing with Babies on their Hips

". . .coupling on the dance floor, two women, alone, dancing with babies on their hips, wearing in and through, stitching up the random piece-goods of the night."

"I learned how to sing from the radio. I didn't care what kind of songs. I like music, period. Any kind, you know. Country-western or blues, I would jump on it."

"Admiral Davison recommended that Captain Gehres abandon ship. The captain refused, fearing that there were sailors still alive below decks. Dowell was one of those soldiers."