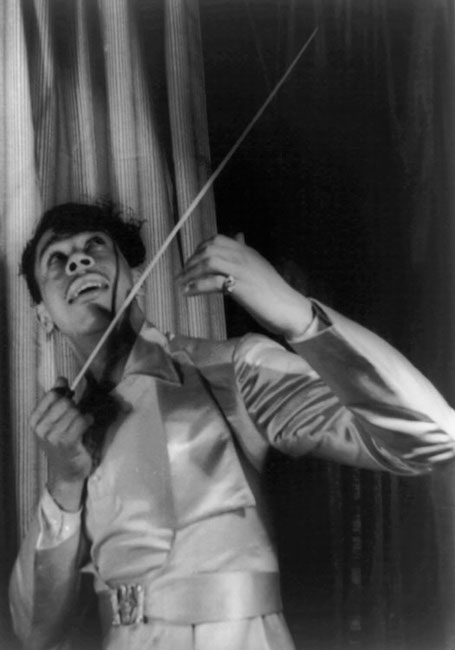 Cab Calloway, from the Carl Van Vechten Photographs at the Library of Congress.

"Did you know that W. E. B. Dubois was a favorite author of the United Daughters of the Confederacy? They didn't either, for they came to admire the outstanding African American intellectual under the cloak of invisibility."

At the end of Invisible Man, Ralph Ellison’s wrenching novel of the African American experience, the nameless narrator has locked himself alone in an all-white basement room, endlessly replaying Louis Armstrong’s haunting lament, “What Did I Do to Be So Black and Blue?” Despairing to the point of madness, the narrator has suffered devastating disappointment in one version after another of the black man’s “place” in white America, from the regimented uplift preached by Booker T. Washington, to earnest striving in menial employment, to the angry radicalism of the Communist Party. Everywhere he has been unseen, misunderstood, ignored, dismissed, marginalized. Invisible in all the ways that matter, he ends his story as a black drop in a white sea, with nothing left but jazz to sort out his pain.