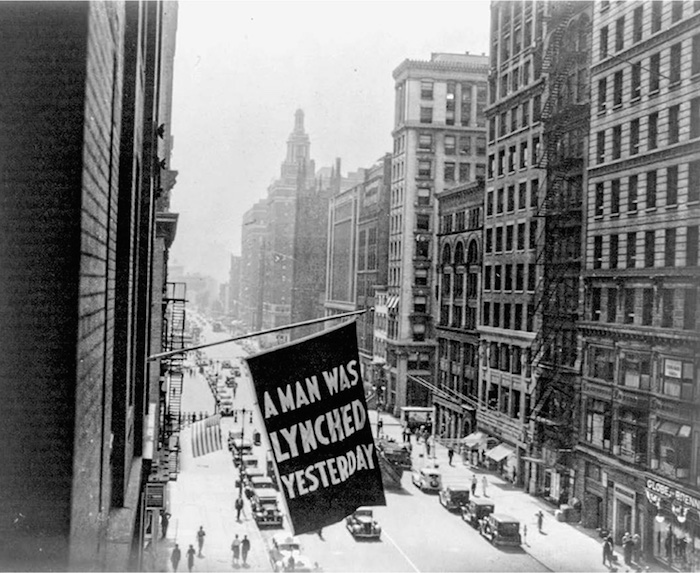 Flag, announcing lynching, flown from the window of the NAACP headquarters on 69 Fifth Ave., New York City, 1936, Library of Congress.

"Alongside the good ol' boys, we are now more aware of southerners of every color, class, sex, and religion, who resisted slavery, opposed the planters, fought for the ballot, sat-in at lunch counters, organized unions, and preserved their Native traditions."

Back in 1941, Charlotte journalist Wilbur J. Cash published The Mind of the South, a sweeping account of southern culture that tried to pull the vast variety of regional thought and behavior into a single, simple framework. “If it can be said that there are many Souths,” he famously declared, “the fact remains that there is also one South.” What brought his South together, Cash went on, was “a fairly definite mental pattern, together with a fairly definite social pattern[,] which, if it is not common strictly to every group of white people in the South, is still common in one appreciable measure or another, and in some part or another, to all but relatively negligible ones.”