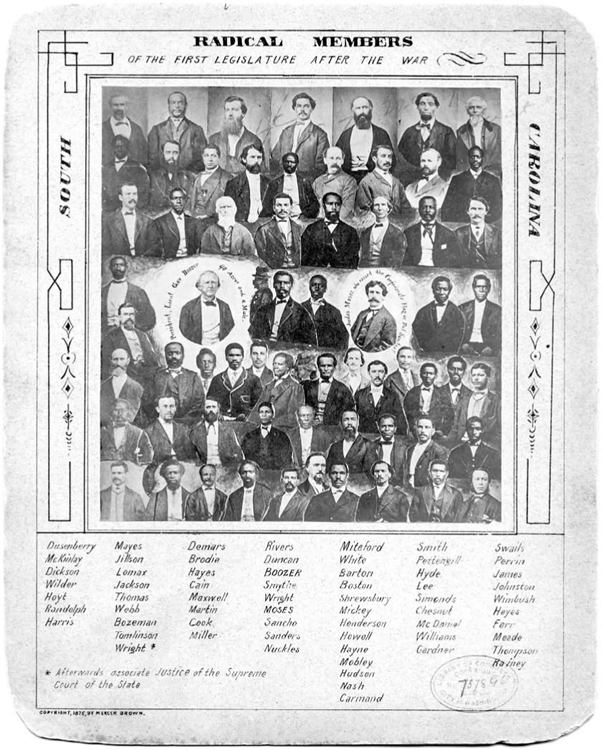 In this issue’s South Polls, we witness the transformation of southern legislatures over the last half-century. “Radical members of the first legislature after the war, South Carolina,” ca. 1876, copyright Mercer Brown, Library of Congress.

"One of the challenges—and, simultaneously, deep pleasures—of studying the South is that the disciplinary walls of the academy neither contain nor constrain the work."

What makes the South a region distinct from its surroundings, and what makes it tick? These sorts of questions are at the heart of Southern Studies, an enterprise unbounded by academic discipline and only debatably bounded by geography. For this issue of Southern Cultures, we cast a wide net and pulled together articles, essays, poetry, and photographs that were not constrained by an editor’s choice of theme or topic, but rather that range across the scope of the current discourse on the South, what it is and how it works. Perhaps it is unsurprising that, either because of or in spite of this approach, the writing in this issue delves into the blues, train wrecks, disasters morphing into ghost stories, ghastly institutions for the mentally ill, coal mines in Appalachia, colorful politics, and, of course, food and booze: boiled cabbage rolls, pickles with roast beef sandwiches, and whiskey. New South or not, the substance of the conversation appears to be old, familiar territory. The Gothic South rears up in the tales of death, drunkenness, stoicism, perseverance in the face of potential despair, and politics within politics.