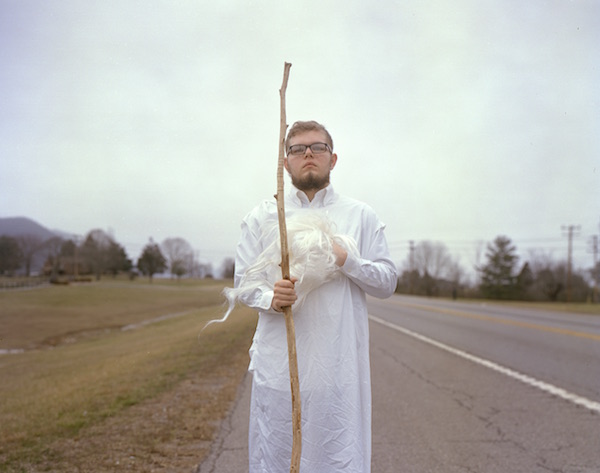 “Aunt Caroline called my brother and me over to her rocker and pressed into our hands two copies of a grey-bound pamphlet, one for each of us. A tiny red, white, and blue Battle Flag accented its cover, just below the title: ‘Some Things for which the South Did Not Fight in the War Between the States.’”

My mother grew up in a small county seat in rural North Carolina. Once she told me that the most diverting thing to do there on a summer Sunday afternoon was to drive around the countryside and look at people’s cotton. It was that kind of place.

Mother’s family lived next door to a dear old lady and close friend I’ll call Caroline. Her formal term of address was “Miss Caroline,” but the families were so close she wanted to be known as “Aunt Caroline.” During our annual childhood visits, the house was dark, still, hot, and redolent of an old house smell compounded of dust, mold, varnish, and the resin of aged heart pine. It was jammed with antiques, and prim white doilies graced the armchairs. Framed family photographs covered every surface, featuring long-gone relatives frozen in old-fashioned clothing and postures. Years later, when I read Faulkner, I recognized the house immediately as a model for Miss Rosa Coldfield’s home in Absalom, Absalom!, which was “peopled with garrulous outraged baffled ghosts.”