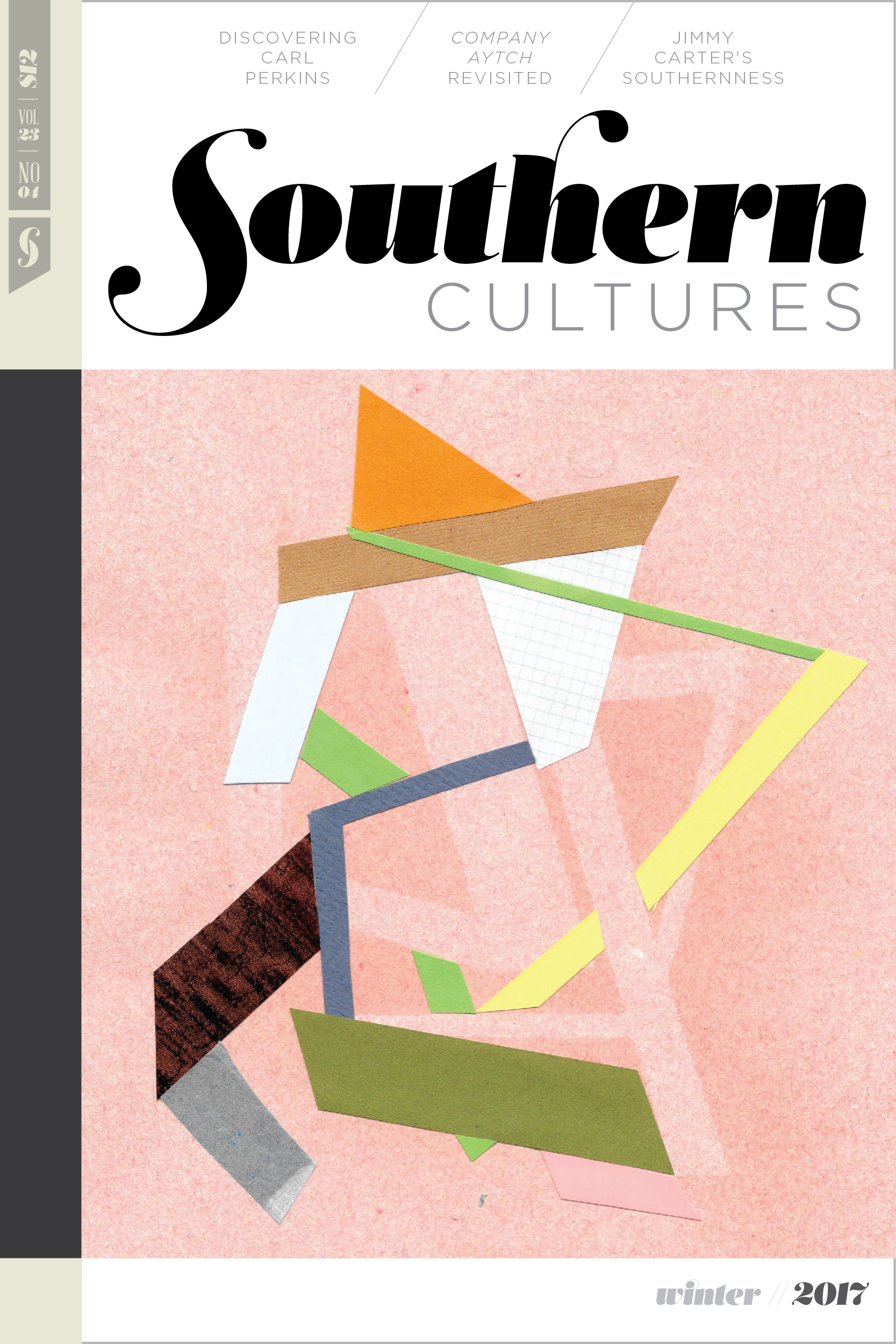 “Aunt Caroline called my brother and me over to her rocker and pressed into our hands two copies of a grey-bound pamphlet, one for each of us. A tiny red, white, and blue Battle Flag accented its cover, just below the title: ‘Some Things for which the South Did Not Fight in the War Between the States.’”

“Defend with True Hearts unto Death”

“The museum offers no chronological or thematic organization. Without context, its objects drift in ether, detached and baffling.”

“I’m still out somewhere on one of those roads—and I’m still listening.”

“With much on the line—but virtually nothing to lose—Ford undertook a halting, intermittently bold, and ultimately ill-fated campaign to undermine Carter’s regional credibility.”

The Scent of Corn

“Ms. Jean and Mr. Wyard chatted. She was cool in her summer dress; he was cool with his precisely delineated head of painted hair.”

“[The 65th Infantry Memorial] continues to be one of the most important symbols of Osceola County’s Latinization and a significant political victory for some of the South’s newest residents.”

"if I could get away / with it without laughing."