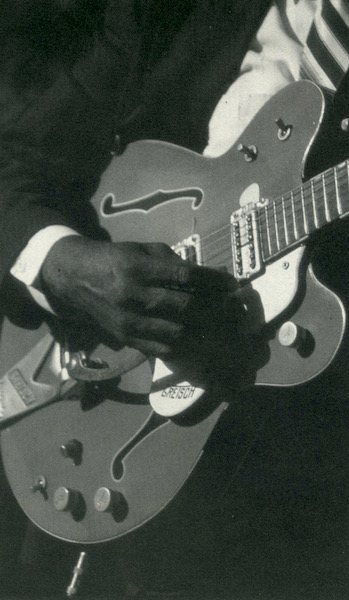 Photograph courtesy of the Mississippi Development Authority/Division of Tourism.

"American popular culture would be unimaginable without the music created by the South's disfranchised, impoverished, and forgotten peoples."

Southerners have every right to be proud of the music we have produced and bequeathed to the entire globe. American popular culture would be unimaginable without the music—blues and rock ‘n’ roll, jazz and country, gospel and bluegrass, salsa and zydeco—created by the South’s disfranchised, impoverished, and forgotten peoples, black, brown, and white. Toe-tapping, feet-shuffling, arm-waving music. Whiskey-drinking, down-in-the-dumps, my-baby-done-me-wrong music. That’s southern music, whether it’s exuberantly body-moving or mournfully storytelling. But the music originating or popularized below the Mason-Dixon line has always meant more to southerners than an excuse to shake our booties or, bottle in hand, get downright maudlin. Scholars believe that “southern vernacular music,” to borrow a term from historian and folklorist Charles Joyner, has molded our racial and regional identities, reflected both our conservatism and our radicalism, expressed our class and racial resentments, spoke to our alienation from the prosperous and the proper, helped bridge our racial divide, and even, according to two sociologists, literally pushed us to suicide. From its inception, the region’s music thus has told us southerners about the hardships of this life and the joys to come in the next, told us who our friends and enemies were, told us about love, loneliness, and lynching, told us where we came from and who we are. And in the telling, it has also changed us.