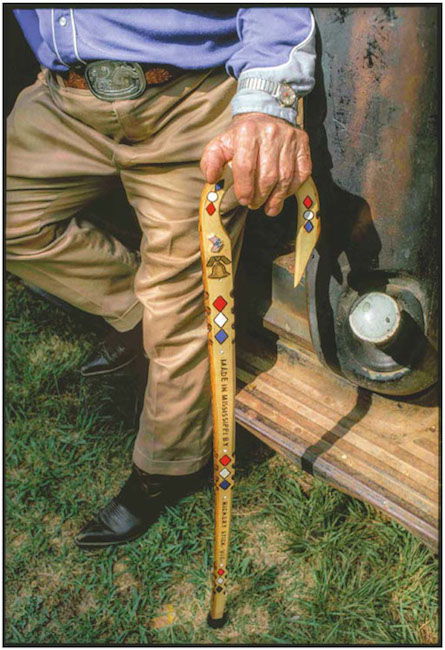 “I passed the sign frequently and always noticed its beautiful lettering. Finally, I stopped and photographed it, thankfully, because the sign is now gone.”

Editor’s Note: Outtakes from The South in Color, published by UNC Press, September 2016.

This stockman’s cane was made by Victor “Hickory Stick” Bobb out of hickory wood (1976). Mr. Bobb designs, paints, and lacquers the cane and then gives it to one of his friends whom he admires. He never sold a cane. When friends would say, “But I don’t need a cane,” he would reply, “If you live long enough, you will.” Mr. Bobb lived in Vicksburg, Mississippi.