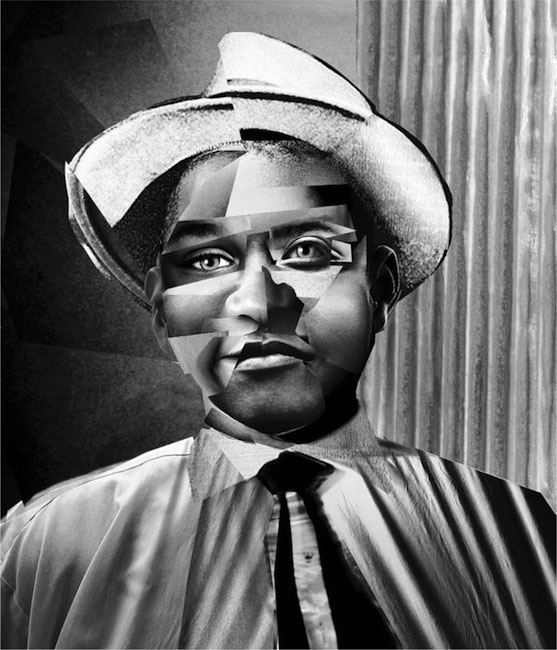 Emmett Till artwork, designed by Kelly Rickert for the Goodman Theatre production of Ifa Bayeza’sThe Ballad of Emmett Till.

"Dylan linked Till's innocent blood to a Mississippi downpour--so much blood shed from the brutal beatings; Till's killers 'rolled his body down a gulf of bloody red rain.'"

The murder of Emmett Till has haunted the American imagination. Though Chicago born and bred, he will be forever linked to Mississippi and the South. While visiting relatives in the Delta in August 1955, the fourteen-year-old boy whistled at or said “Bye bye, baby” to a white woman, Carolyn Bryant, while in her husband’s grocery store in Money, Mississippi, to buy bubble gum. For his offense, Carolyn’s husband Roy Bryant and his half-brother J. C. Milam savagely murdered Till—cracking his skull open and gouging his eye out—and threw his body, with a seventy-five-pound cotton gin fan tied around his neck, into the Tallahatchie River, where it was found three days later. Determined to show the world what Mississippi had done, Till’s mother, Mamie, insisted on an open-casket funeral for her son. Pictures of his mangled body, published in Jetmagazine and elsewhere, horrified the world. Adding to the infamy of their crime, Till’s murderers were acquitted by an all-white, all-male jury in Sumner, Mississippi, on September 23, 1955, and a few months later sold the story of how they abducted, tortured, and killed Till to William Bradford Huie for a Look magazine interview. Till’s brutal death and the subsequent sham trial were a catalyst for the Civil Rights Movement.