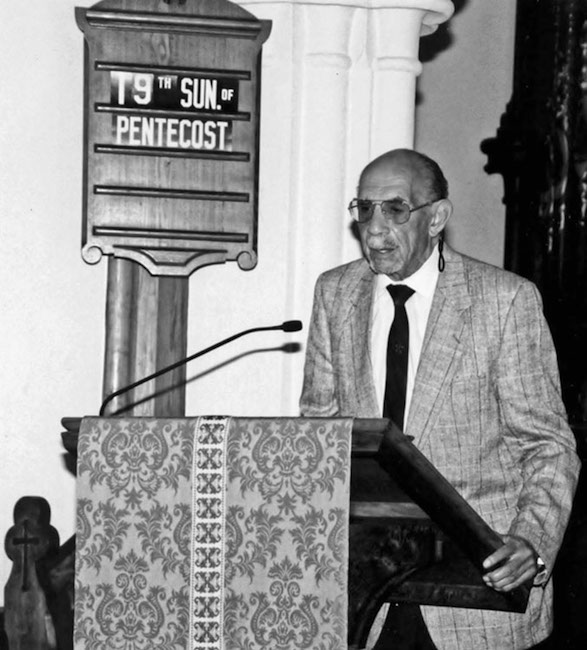 "Periodically this jackass that y'all call Senator Jesse Helms was on the television talking about the outhouses that the colored folks had and laughing about the tubs that they had to bathe in."

Lemuel Delany is a retired funeral home director living with his wife and daughter in Raleigh, North Carolina. He comes from a distinguished family that includes his grandfather, the first black Episcopal bishop in North Carolina, and two aunts who inspired a book, play, and movie called Having Our Say. In this interview, Delany explains how his aunts’ influential 1993 book overlooks the most important part of his family’s history. He also provides a snapshot of life in the black neighborhoods of Raleigh and Harlem during the 1920s, ’30s, and ’40s and reveals a proud family legacy and his willingness to challenge others, including major leaders, to live up to their ideals.

Kimberly Hill interviewed Lemuel Delany Jr. on July 15, 2005, in Raleigh, North Carolina, where he continues to reside. The full transcript and tape recording are housed in the Southern Oral History Program Collection of the University of North Carolina at Chapel Hill Libraries.