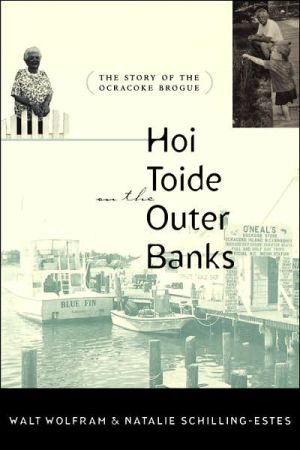 Separated from the mainland by some twenty miles, Ocracoke Island is the site of one of the oldest villages in the inhabited islands of North Carolina’s Outer Banks. Founded in 1715, when the North Carolina Assembly passed a bill providing for settling and maintaing pilots at Ocracoke Inlet, an important but dangerous passageway through the barrier islands to the mainland ports, Ocracoke village for most of its history has been one of the most isolated communities on the Atlantic seaboard. Unlike other of the barrier islands connected to the mainland by bridges, even today Ocracoke is accessible only by ferry service. Indeed, until 1957, when the state first initiated ferry service across Hatteras Inlet to a newly constructed road leading thirteen miles to the village at the southern end of the island, the easiest means of gaining access to Ocracoke village was via a mail boat, which made a four-hour trip each morning from Atlantic, North Carolina. In 1960 ferry service was also inaugurated between Atlantic and Ocracoke.