“This is the home where we can imprint ourselves, our identities, our culture, our memories.”

When I was six years old, my family and I packed up our life in four suitcases and left Sanming, my hometown, located in the western Fujian province of China. I didn’t know where I was going, and my parents didn’t know what they were expecting. All we knew was that we were moving to North Carolina to reunite with my paternal grandparents, who already resided in Durham. In 2003, we said goodbye to the only life that we’d known in order to achieve a dream that we’d heard about but never seen.

During our very first plane ride, I ended up locked in the bathroom twice because I couldn’t figure out how to operate the folding door. I pressed the crimson red emergency button in panic, and I remember the terror on the flight attendant’s face when she found me there. I had zero knowledge of English and was very shy, so I smiled and quickly ran back to my seat. Thankfully, I slept through most of the thirteen-hour flight to Raleigh-Durham.

My grandparents picked us up at the airport and it was my first time meeting them. They’d left China before I was born. There were a lot of new things to get used to, but warming up to my grandparents was the first. I spent a month with them at home before enrolling in school, while my parents immediately looked for work. My mother started working as a waitress in a Chinese restaurant, and my father learned home repair skills from my grandfather, eventually establishing his own business. My parents didn’t know any English, so they attended esl classes at UNC during their days off. At that time, I couldn’t fully understand why they were always stressed and had a hard time learning the language. I was fluent in just a year and I immediately became the translator for our family. Being their translator led me into their world, and over the years I slowly began to realize how much they’d sacrificed and struggled because of the language barrier. I was required to grow up faster than other kids. I helped complete tasks for my parents, from filling out government forms to accompanying them at the DMV. Though the role of being a young translator was often nerve-racking, I wouldn’t be the independent and intrepid woman I am today without that experience.

When I didn’t have access to the school library, I read the home improvement books that my dad scattered around the house. Luckily, the books had plenty of illustrations. They were mostly images of toilet fill valve sets or steps for replacing light fixtures, but I took what I could get. I had been exposed to building repair work at a very young age since it was my dad and grandfather’s occupation.

After leaving my childhood home in China, I struggled to feel attached to another place. The homes that we lived in merely provided a roof over our heads. There was a disconnect between those spaces and me because I felt that part of my identity had been left behind in China. I often had a hard time trying to make sense of where I truly belonged—where I could feel comfort—especially growing up in two different cultures.

Sixteen years later, I am experiencing that feeling again. In April 2019, my parents bought their very first home: a two-story 1970s contemporary on three-and-a-half wooded acres in Chapel Hill. It needed lots of TLC, but my father saw an opportunity. “If not now, then when?” he said. Here was a home that we could finally afford—better yet, that we could work together to make into our dream home. We envisioned a big porch, black spiral staircase, and maybe even a Toto toilet.

This is the home where we can imprint ourselves, our identities, our culture, our memories. While constructing different parts of the house, we are also starting to build the American Dream that my parents went searching for years ago. The process of working on this house together as a family has made me realize what I needed to become emotionally attached to a place. My family’s indestructible bonds made this attachment possible, starting from when we got on a plane to the United States. Back then, all we had was each other. 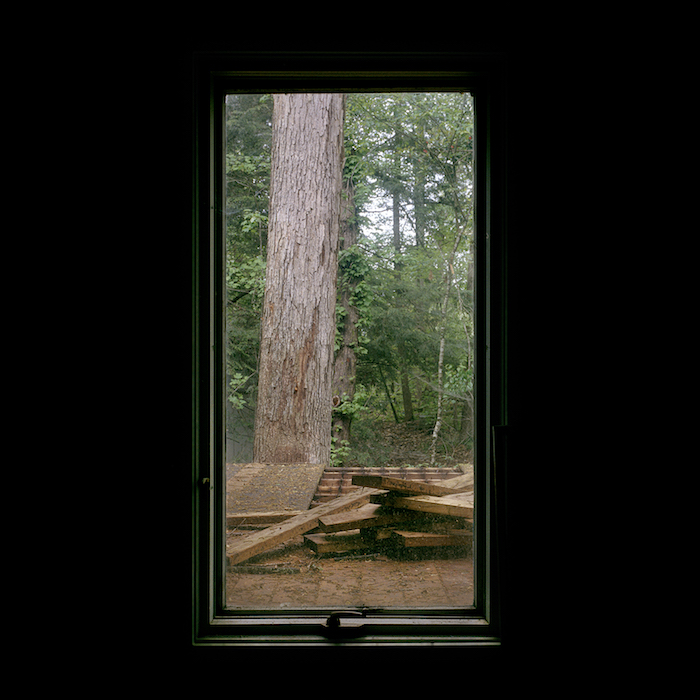 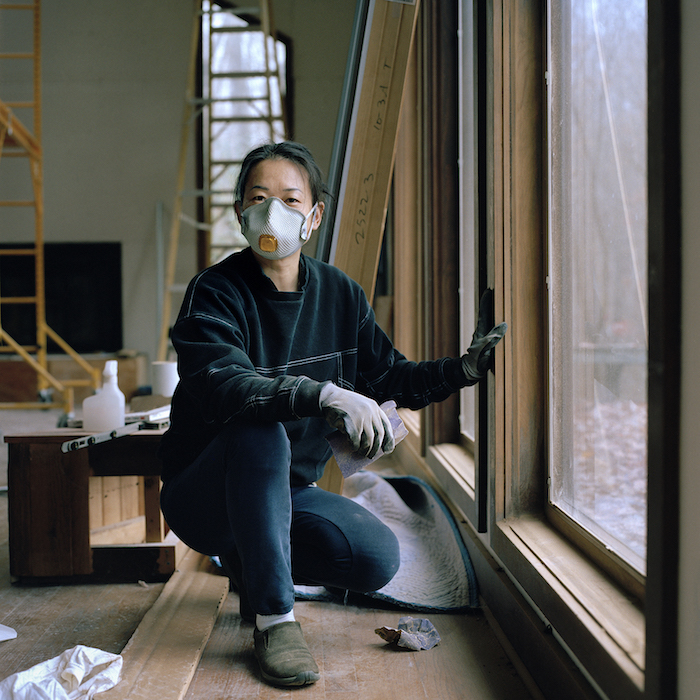 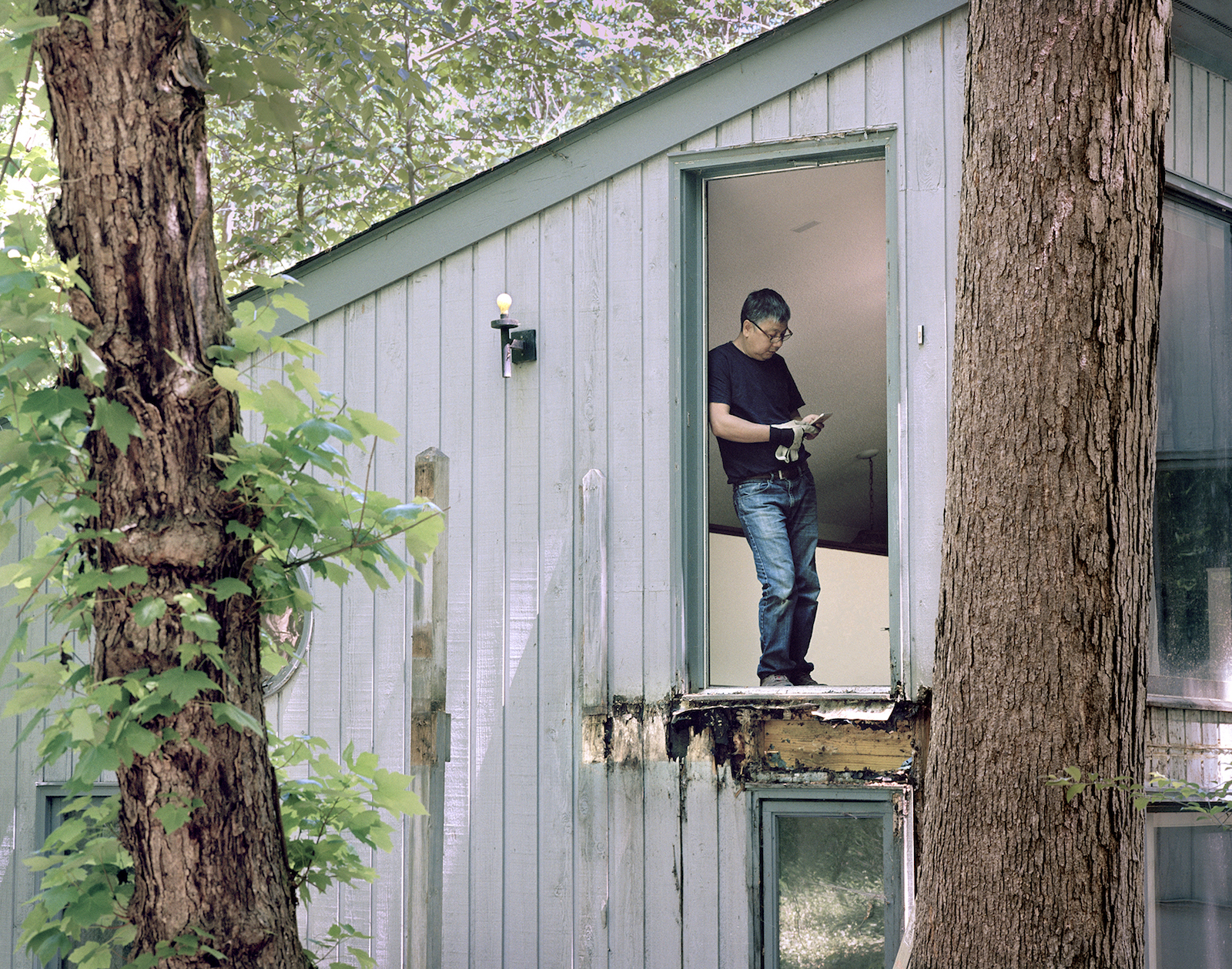 Front Door, August 2019. My father looks at his phone after breaking apart the porch. 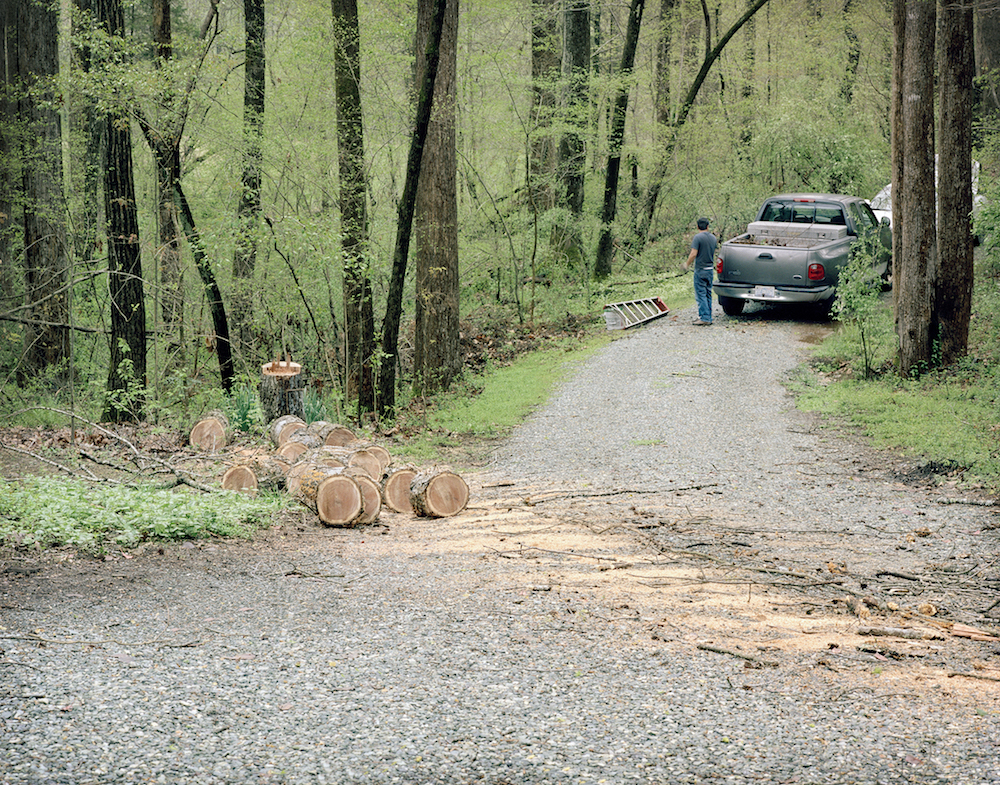 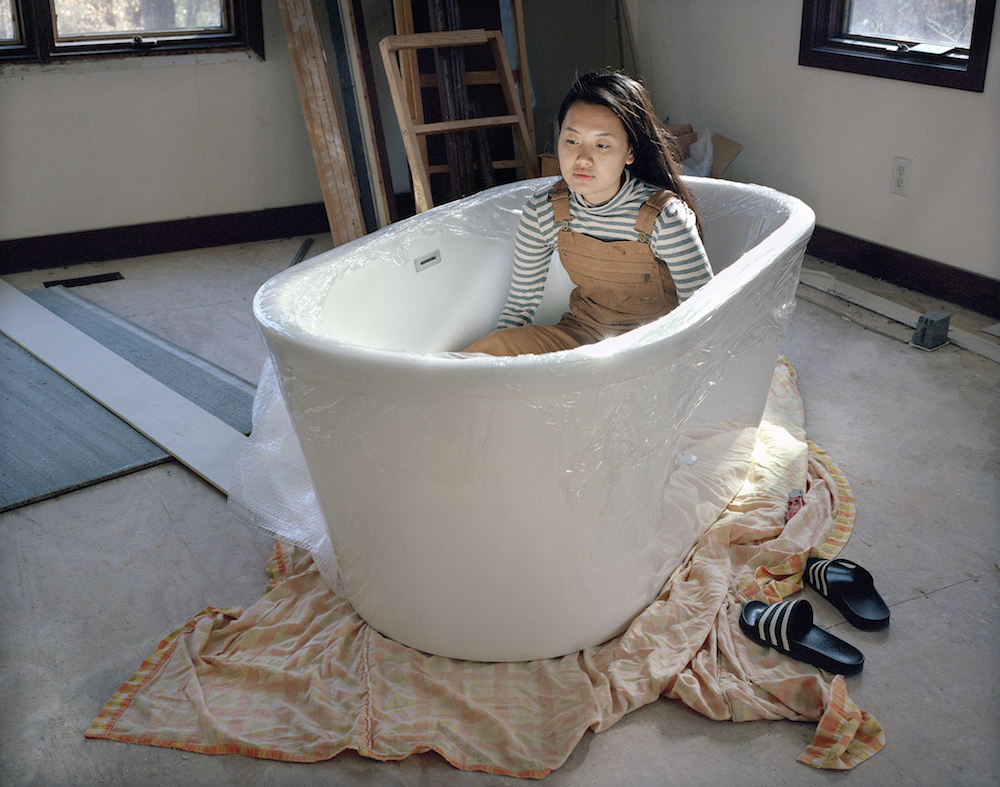 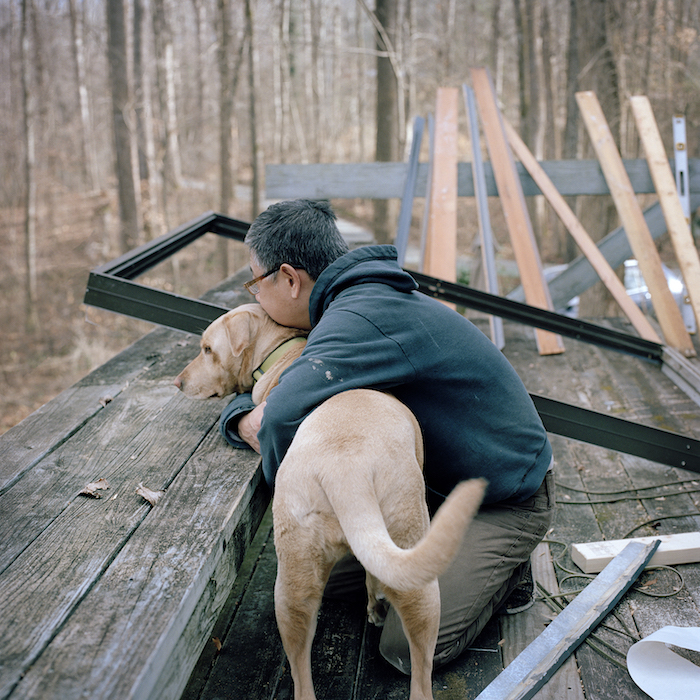 Back Porch, January 2020. My father and our dog look across the property. 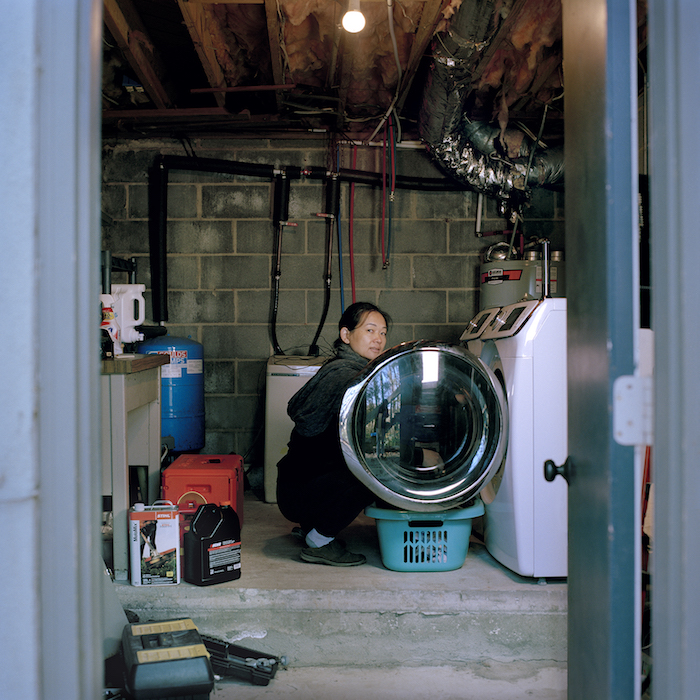 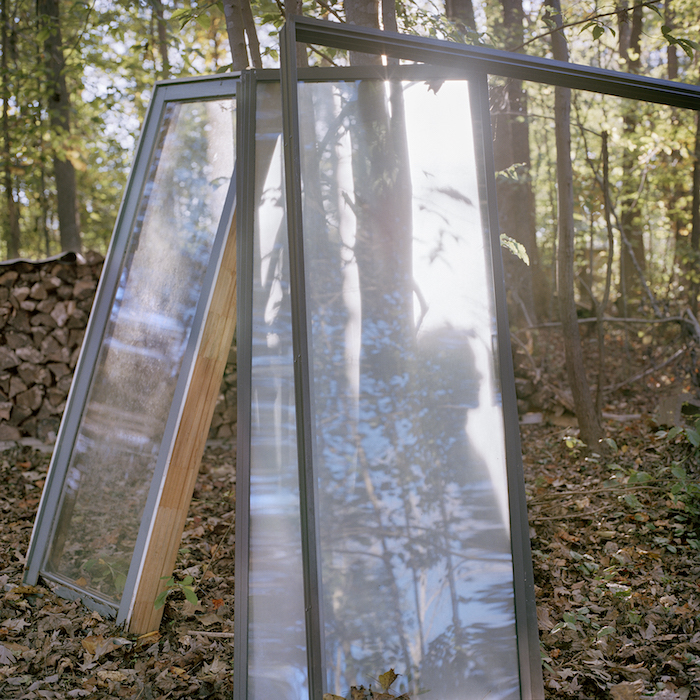 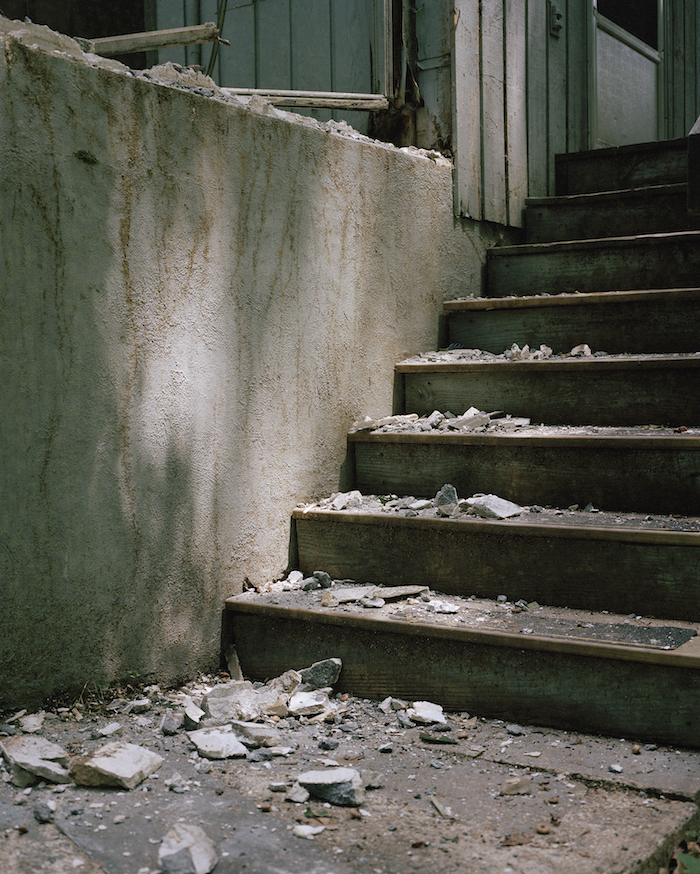 Stairs, September 2019. The staircase next to what used to be the greenhouse. 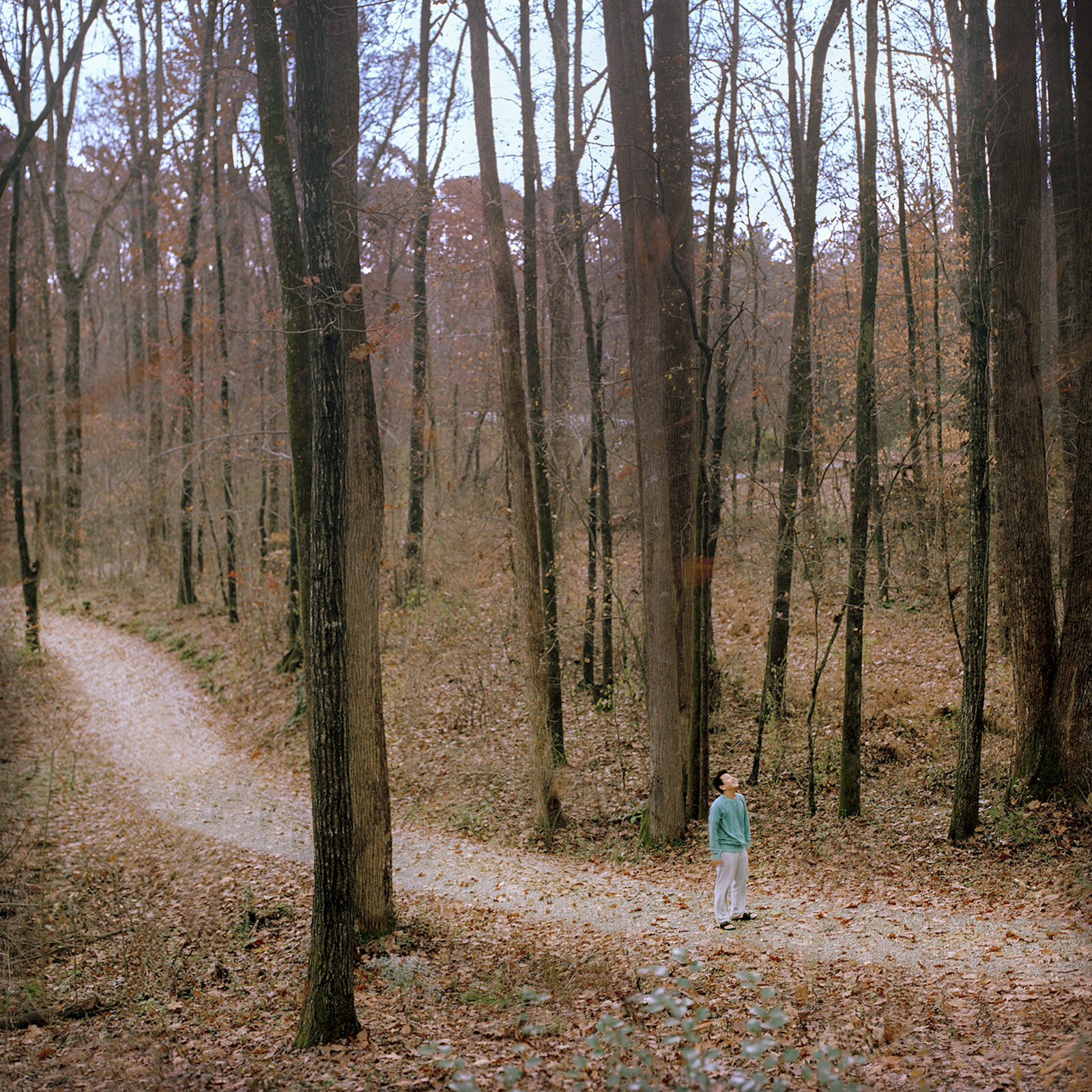 Fall, October 2019. My brother stands in the middle of the driveway while the wind blows. 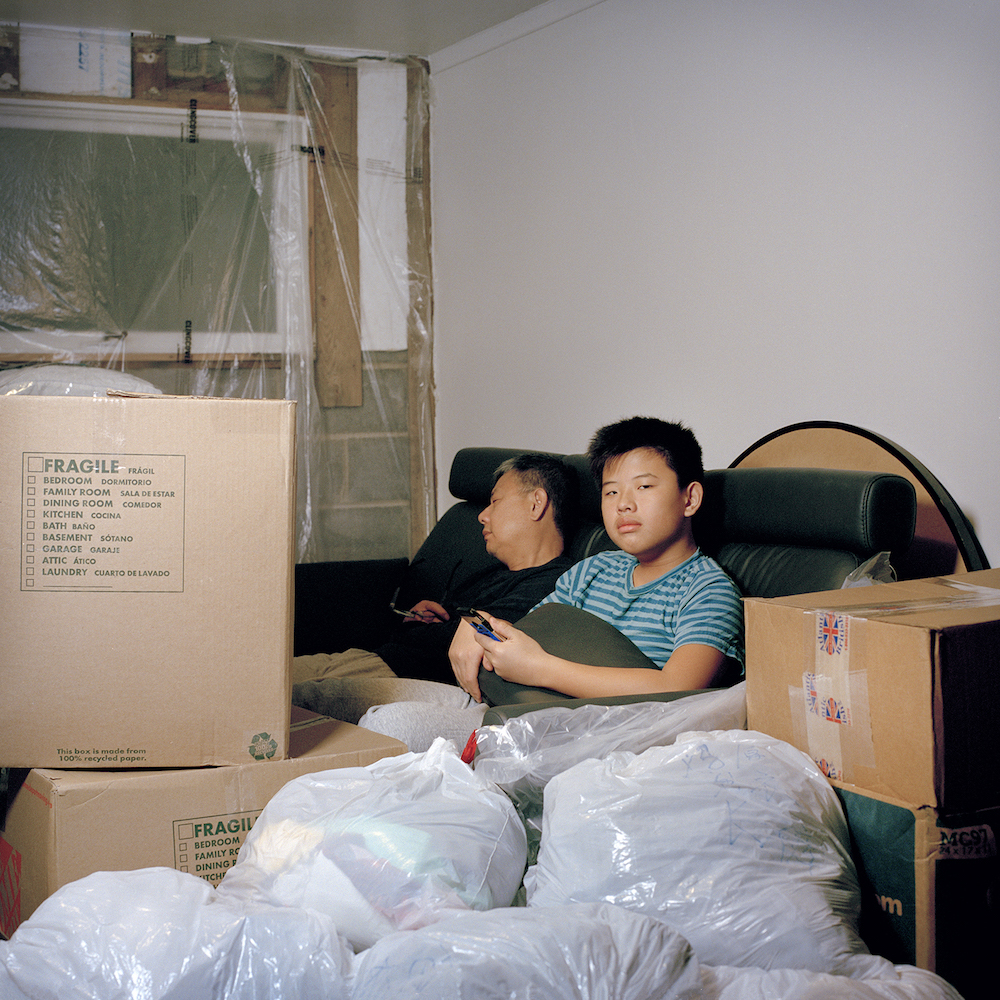 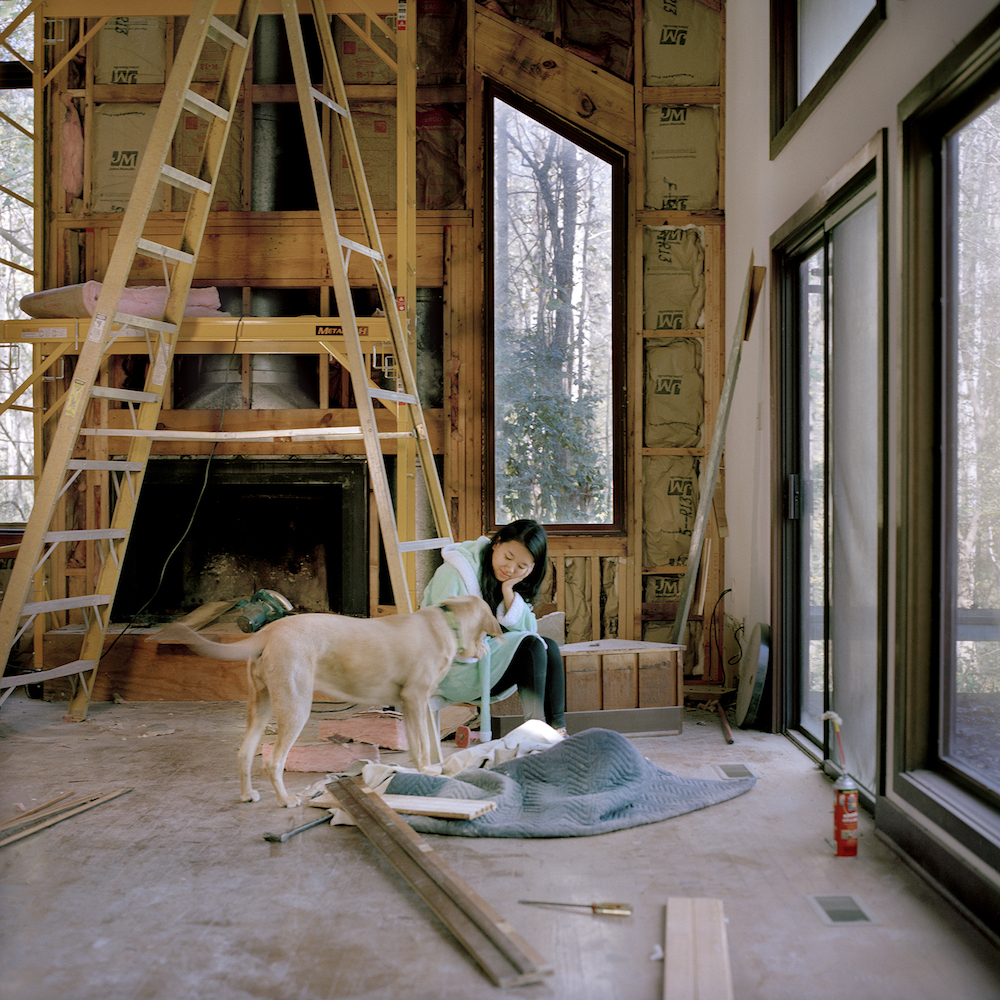 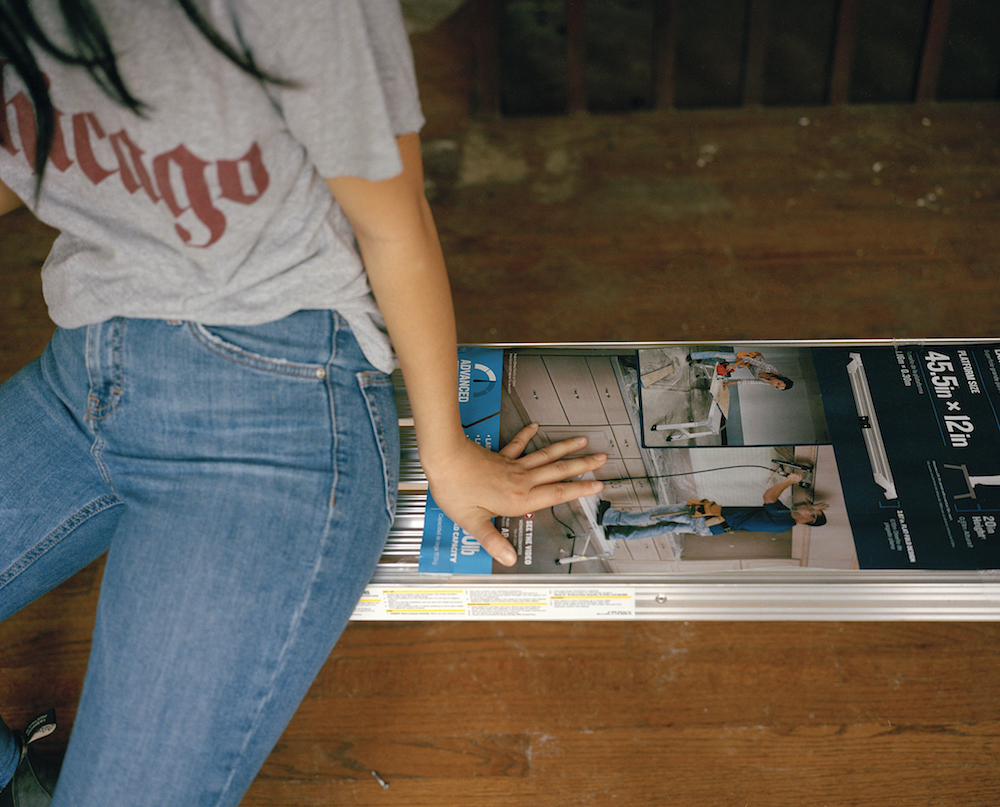 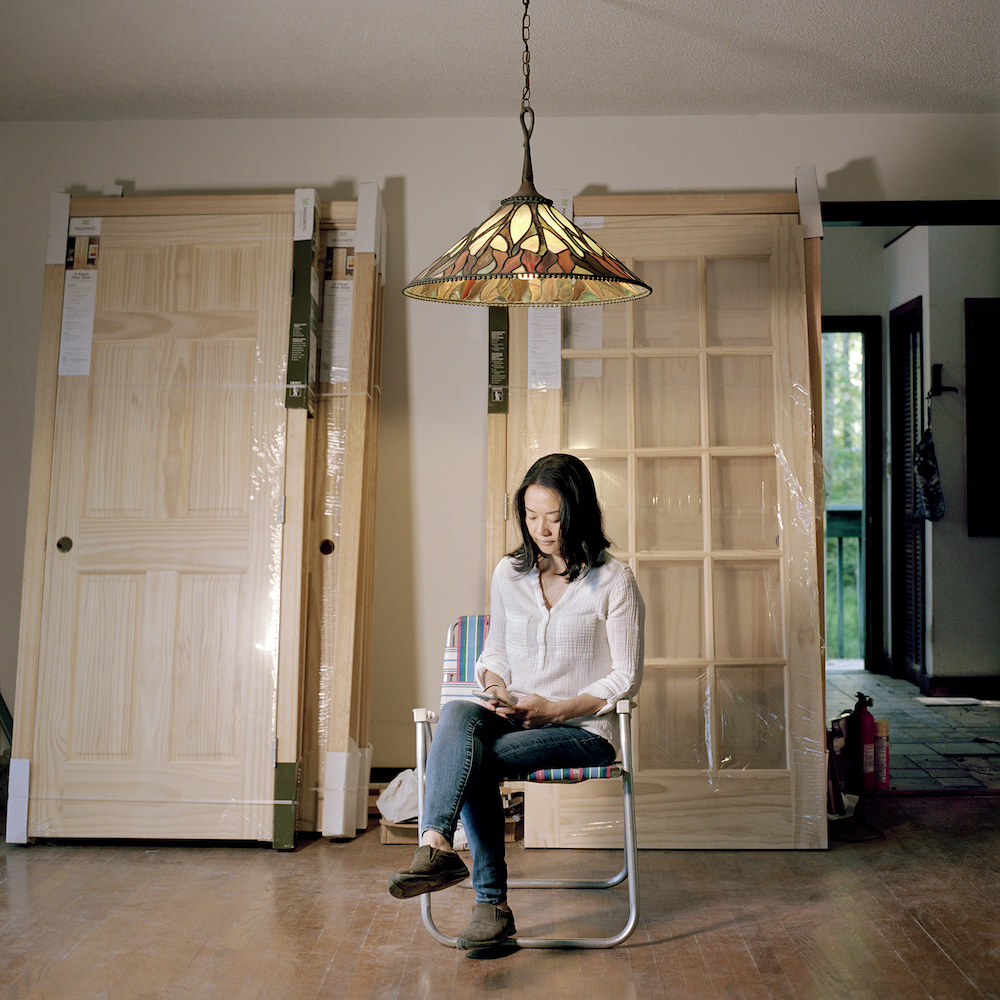 Cici Cheng is a Chinese-born US photographer who grew up in Durham, North Carolina. Her work focuses on family, identity, and cultural transition through visual storytelling. A passionate educator, she continues to explore and teach about finding the edges of self-comfort. Cheng is currently teaching at Duke Kunshan University.