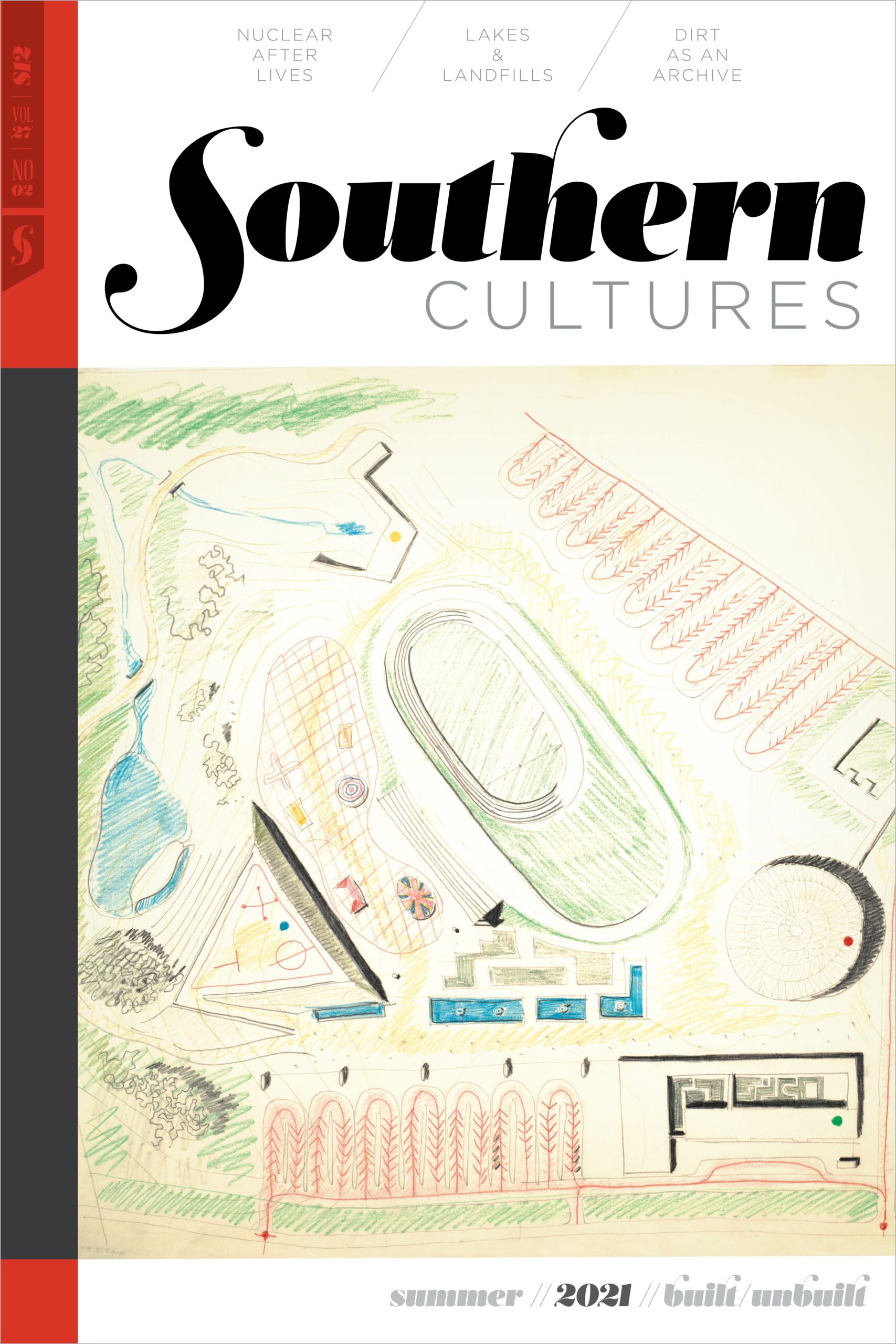 This issue of Southern Cultures frames its theme, Built/Unbuilt, not so much around the transformation of contemporary sites, but around landscapes and modernities left glaringly incomplete. While many of these sites have come to be viewed as parts of ordinary landscapes, the issue’s theme allows us to identify and bring attention to how extraordinarily unfinished they remain.

“I have always been drawn to those places that mark the landscape, seeming to last in our consciousness even when they have nearly disappeared on a return to their previous unbuilt state.”

"Our task is not the simple one of re-building demolished houses and ruined cities. If only the material shell of our society needed repair, our designs might follow familiar patterns. But the fact is our task is a far heavier one; it is that of replacing an outworn civilization." —Lewis Mumford

“Frozen in space and time, its artificial landscape literally preserved Florida as a reptilian state on the brink of modernity.”

“The Savannah River Site exists as a void and hulking monstrosity, its boundaries drawn and maintained as a toxic forever-ward of the state.”

How to Build a Home

“This is the home where we can imprint ourselves, our identities, our culture, our memories.”

“Waco teemed with motion for motion’s sake, which white residents touted, performed, and guarded as a racialized privilege.”

“Entering the park was like visiting an idealized past.”

“She observes these architectures from the implied perspective of a ghost, her gaze a critique of longstanding structures of racism.”

“Investigations exposed jarring depths of neglect, absence of oversight, and an egregious disregard for human life.”

"There are many Black afterlives that have yet to be unearthed."

“The people that populate Hathaway’s images rest and recreate among massive infrastructures and the tendrils that link them into the networks of the modern world.”

“All the maps were wrong.”