“I Know It by Heart”: The Civil War in the Memories of John W. Snipes, Ralph W. Strickland, Edith Mitchell Dabbs, and Reginald Hildebrand 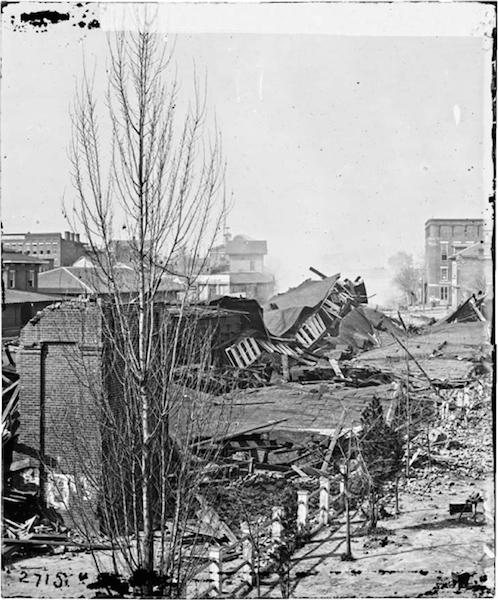 “I Know It by Heart”: The Civil War in the Memories of John W. Snipes, Ralph W. Strickland, Edith Mitchell Dabbs, and Reginald Hildebrand

"'When my husband James was growing up, there was no race question. They assumed that was settled by the war. The Negroes were slaves and then they weren't. That settled it.'"

These oral history excerpts demonstrate the enduring influence the Civil War has had on southerners’ memories, family narratives, and even present-day self-perceptions. John Wesley Snipes was born into a farming family and then entered the cotton mills of Bynum, North Carolina, during the Depression. His humorous story of his childhood efforts to mimic his grandfather’s Civil War tales suggests the central role that reliving the battles played in veterans’ lives long after the fighting ended; it also shows how tales of violence, courage, victory, and defeat were passed down to the next generation and continued to shape their family stories. Ralph Strickland grew up on an Alabama farm and then worked most of his adult life on the Seaboard Air Line Railroad. His tale of Sherman’s occupation of his family’s farm reminds us of the high cost that the Civil War visited on white slave owners. Whether viewed as just reward for the horrors of slavery or as an unnecessary and brutal retaliation on southern civilians, Sherman’s “scorched earth” policy clearly reveals the fuzzy boundaries between the battlefield and the home front. Women like Strickland’s grandmother, although not official combatants, suffered at the Union’s hands. Meanwhile, Strickland’s story of a slave girl hiding a dairy cow from the approaching soldiers highlights the complex relationships between slaveowners and the enslaved—or, perhaps, simply suggests that some whites preferred to tell stories of slaves expressing loyalty to their owners even after the war. Edith Dabbs’s memories highlight how the rupture of the Civil War, despite what many expected, did not “settle” the race question in America. Here, she describes her husband’s upbringing with a paternalistic attitude toward African Americans and his growing sense of outrage in the 1940s when he began to see the limits of that approach. Dabbs and her husband, both southerners, would go on to become activists in the Civil Rights Movement. Finally, Reginald Hildebrand, currently a professor of African and Afro-American Studies at UNC, was interviewed by the SOHP’s partner organization, the Marian Cheek Jackson Center for Saving and Making History, for their life history project with members of the Northside community in Chapel Hill. Hildebrand describes the origination of his family name in the aftermath of the Civil War. His ancestor’s early assertion of autonomy and dignity through the selection of his name foretold countless such acts by African Americans in the long-unfolding story of their efforts to lay claim to and make real the promise of freedom.