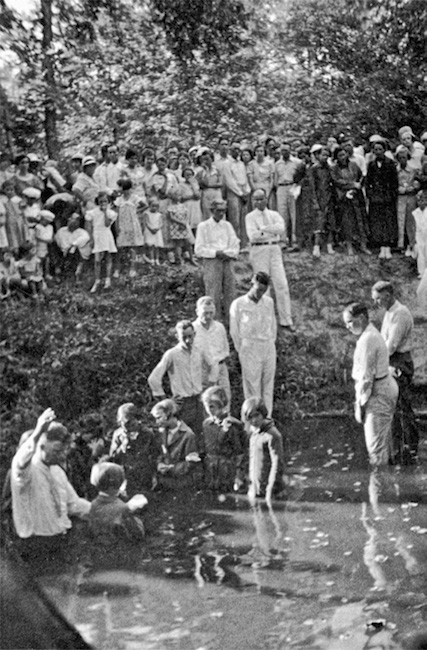 Lake baptism, 1935, from the Lomax Collection at the Library of Congress.

"'Alcohol undermines the health, enfeebles the will, makes the mind coarse and the tongue vulgar, brings discord to the family, deprives children of their rights, lowers the standard of morals, corrupts politics, fills prisons and asylums with human wrecks, mocks religion and ruins immortal souls.'"

On a recent trip to Pittsburgh, I was struck by the close proximity of churches and nightclubs, a good number within a few feet of each other and, in a few spectacular cases, bars operating out of barely reconstructed houses of worship. Having lived in the South for twenty years and having studied southern ways of was rather jarring. Historically, and still today, southerners have attempted to maintain a strict separation of items deemed sinful and spaces deemed pure. White southerners have also been unusually concerned with separating persons deemed sinful or tempting from “pure” spaces or persons, as the long sad history of laws designed to prohibit intimate cross-racial fraternization well illustrates. While many Americans might view an inebriated churchgoer as an ill person who has inappropriately entered a sacred place, southern evangelicals then and now would characterize the person as a victim of Satan’s machinations.