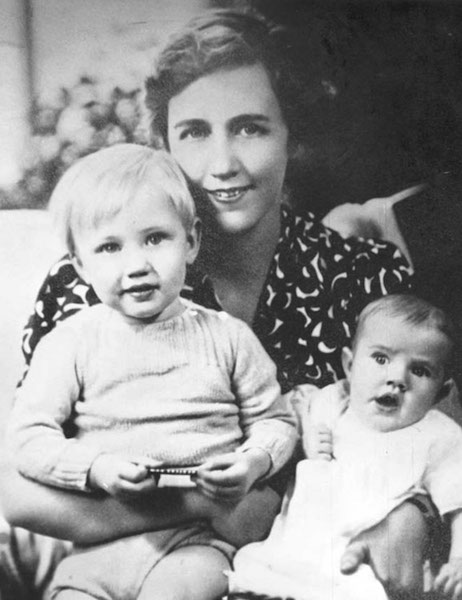 Virginia Foster Durr, with son Clifford, who died at age three, and daughter Lucy, born in 1937, courtesy of the Birmingham Public Library Archives.

“You think you are the first generation who’s ever done this; you ought to go out and learn some things.” Louisville activist Anne Braden, whose own work with southern progressive movements began in the 1940s, offered that advice to Sue Thrasher, a Braden protégé and student organizer in the 1960s. That call to learn from an earlier generation inspired Thrasher, along with historian Jacquelyn Dowd Hall and fellow student activist Leah Wise, to begin recording in the early 1970s the memories of veteran southern progressives. At the time of the project’s inception, all three women were working in Atlanta for the newly formed Institute for Southern Studies. In 1973 Hall left for the University of North Carolina, where her commitment to recovering voices from the South’s earlier radical traditions became one of the driving impulses behind her founding of the Southern Oral History Program (SOHP ). Two years later, that ongoing interest in learning from first-generation Civil Rights activists, combined with a new SOHP initiative on southern women, brought Hall and Thrasher to the Wetumpka, Alabama, home of Virginia Foster Durr. Like her longtime friend Anne Braden, Durr stood as a living embodiment of what Hall would later term the “Long Civil Rights Movement.”