"[Chitwood] shows [students] the power of clear diction and sense-rich imagery and familiar subject matter seen in a fresh way."

“What you notice becomes your life,” writes Michael Chitwood, in the last line of the last poem in his magnificent book The Weave Room (1998). What he has noticed, so sharply and for so many years—in eight collections of poetry, in two books of essays, and as the first and only poetry editor of Southern Cultures, for the past sixteen years—is, in fact, life, everyday life, the details of the life we everyday humans live and share, particularly in this region of the country and in the Virginia mountains of his upbringing. In all of Chitwood’s work, he pays attention to things too often or too easily overlooked, holding them up as worthy of noticing and appreciating: the threads clinging to mill workers as they finish their shift, the left-over dirt at a graveside, a stick of chalk, “The Small-Town Voice of God” at a Friday night football game, coins at the bottom of a swimming pool, and even “The Seagulls of Wal-Mart.” He relishes “a new day’s clean slate” and the opportunity to convert that day’s details into vivid, original, playful, thoughtful words, ones that sound just right in the mouth and the ear and the mind.

I love loaning Chitwood books to my poetry-writing students, especially the ones who need to learn that poems are not about being over-clever or pseudo-artfully vague or willfully difficult: he shows them the power of clear diction and sense-rich imagery and familiar subject matter seen in a fresh way. He writes especially well about work, its sweat and strain but also the value and nobility of manual labor, which is not limited to electricians and masons and carpenters: “You, who do not have tackle,” he says, “take in hand such handle as you have. / Feel the polish of its grip, its balance / in that plumb moment before work begins.” I see Brother Chitwood himself in that perpendicular moment, “one callus on the second finger / where the pen rides,” that pen the tool of this quietly artful writer and teacher and editor.

I’ve known Mike (as I call him, at least partly so we aren’t both Michaels from the mountains who write and teach and edit) for thirty years now. It was a very lucky day when we started exchanging poems with each other, for written comment, his keen eye patiently improving my work—really, I should dedicate every book to him. It was also a mighty lucky day when he signed on with Southern Cultures, selecting (from his wide reading of contemporary poetry, and sometimes from submissions) just the right poem to conclude each issue and its theme. I always look forward to “Mason–Dixon Lines,” a satisfying poetic benediction after the preceding prose, and it pleases me to present a few of Mike’s own poems, as he steps away from his longtime role as poetry editor. It’s a way of saying, on behalf of all us readers: Thank you, sir, for such faithful service to the word. —Michael McFee

To be
the tick latched to a bat,

on those crazed radar
zigs and zags

and then when full
to release and sail

in the leaf litter
cushioned

by the fat
of flight and blood. 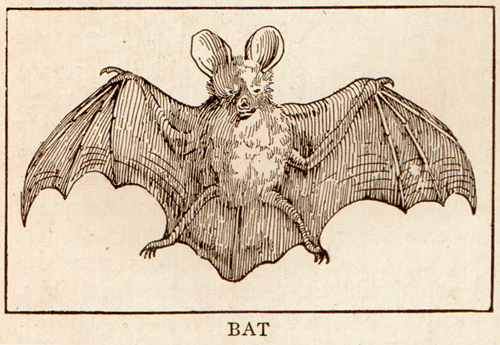 Cartridge of thought,
stick of screech

in our unlearned pinch.
Arithmetic’s cigarette,

the answers vanishing
in the giggles at our backs.

Mistakes rub off
white on our fingers

as we tap
a meaningless code

on the powdered tray.
Hands are being raised.

But here is praise,
the soft applause

of the erasers
as we beat the answers

out of them.
Pythagoras, Cortes,

all drift from us
and our standing ovation

to another chance,
a new day’s clean slate.

Threads would cling to them,
pants, purses, yokes of dresses,
as they walked or trotted
across the parking lot, released
by the four o’clock bell.

In the building at my back
I could feel the throb of second shift
working the fine strands
that, which was it?, held them up
or held them back from better lives.

Country tunes trailed them out the gate
while I waited for my ride, my evening.
The chainlink trolled those still moments
with its shadow net, and sparrows
gathered the string they let go.

That’s it, all that happened, then, there,
and again, here, now, clinging to another day
where I’m working them in.
What you notice becomes your life.

Michael Chitwood’s most recent book, Search & Rescue, was published by LSU Press in Spring 2018. His work has appeared in Threepenny Review, The Atlantic, New Republic, Poetry, Field, and numerous other journals. He teaches at the University of North Carolina at Chapel Hill.

Michael McFee has taught in the Creative Writing Program at the University of North Carolina at Chapel Hill since 1990. He is the author of eleven books of poetry, most recently We Were Once Here (Carnegie Mellon University Press, 2017). His sixteenth book and second collection of prose, Appointed Rounds, which contains two essays first published in Southern Cultures (“My Inner Hillbilly” and “Just As I Am Not”), is forthcoming from Mercer University Press.