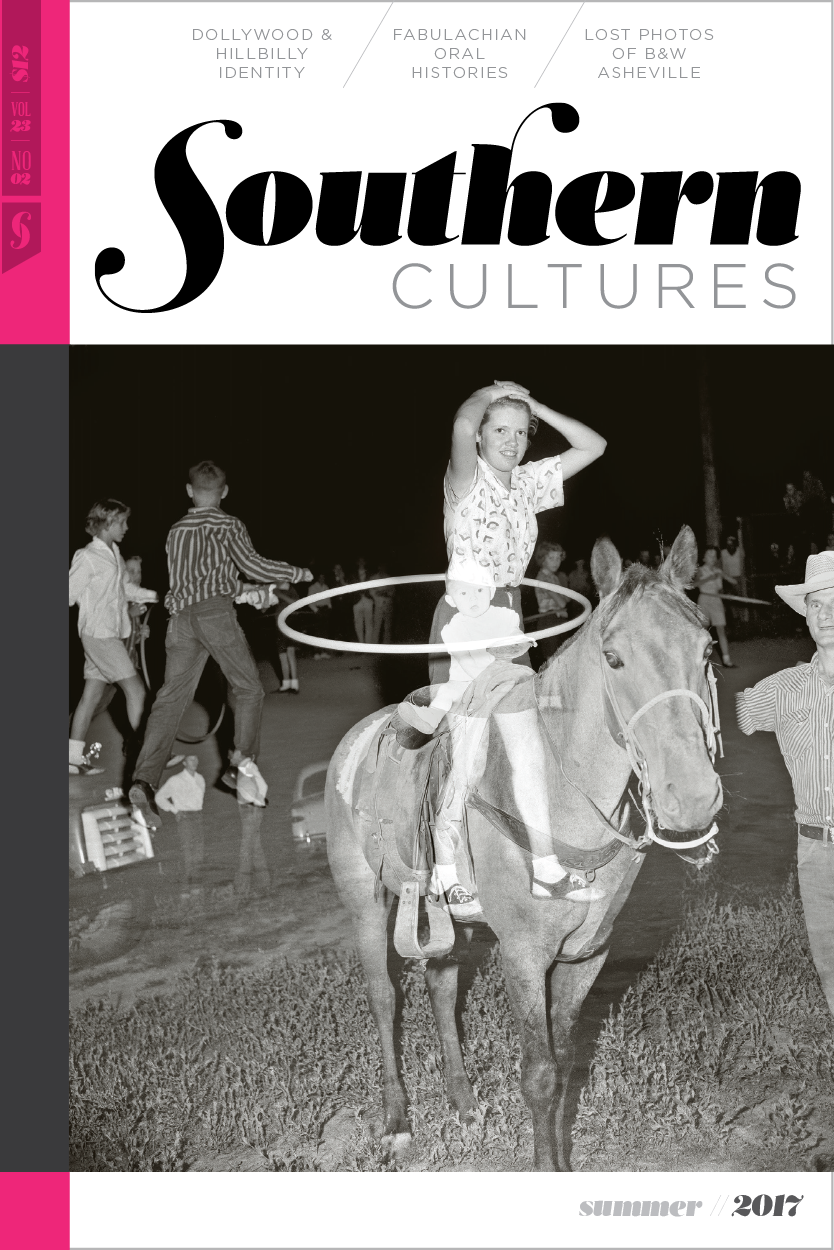 Cowboys in Love Valley. The Atlanta Cyclorama. Braceros of Ciudad Juárez. A natural history of Bonaventure. Freedom at McLeod Plantation. And more!

"‘What past?’ we have to ask. Better yet, ‘Whose past?’ And what makes the southern past more living or more present than everyone else’s?”

“If the Cyclorama becomes an artifact for students and historians and ceases to be a monument in which Atlantans invest memory and meaning, it will be . . . one example of how we might retire a monument to the Confederacy, without erasing the history that the monument carries.”

Taming the Wild Side of Bonaventure

This excerpt from our Summer 2017 issue explores what we can learn from one of the South's most iconic places: Bonaventure Cemetery in Savannah, Georgia.

“Return and Get It”: Developing McLeod Plantation as a Shared Space of Historical Memory

“‘It's so easy for us today to look back and think of things as black and white, cut and dry. I try to remind everybody . . . that the relationships that formed at McLeod, and on any other plantation site, were just as complex and dynamic as the personal relationships that each of us have today.’”

"The United States’s dependence on Mexican labor is not a recent phenomenon or something to belittle."

“While East End isn’t recognized by the U.S. Department of Agriculture as a food desert, for all intents and purposes that’s what it was. So how did East End, so close to the heart of Asheville, end up without any food?”

“Because of the Deep South’s greater cultural insularity and much smaller population, the Peripheral South is now the dominant player and the Deep South’s contemporary political environment looks more and more like a rearguard fight led by white natives to preserve the legacy of an aging ‘Old South.’”

“Out of my Sunday dress and into overalls, we’d catch the dirt road out her back yard and follow sandy ruts, she in one track and I in the other.”

In fall 2017, Southern Cultures will publish a special issue on material culture. As we turn our attention towards objects and the meanings they hold, we share an essay by Marilyn Zapf, assistant director and curator, the Center for Craft, Creativity & Design, Asheville, NC.

In partnership with the Southern Folklife Collection, we share a glimpse of a Lousiana-based record company that recorded artists ranging from young Dolly Parton to the greats of the Cajun sound.

Maya from the Margins

At SouthernCultures.org, we occasionally showcase the work of our UNC Library partners. Read on for a glimpse of an innovative initiative by the Southern Historical Collection that, as Kenan Professor of Anthropology Patricia McAnany puts it, “is building bridges with our neighbors to the south rather than walls.”

by Southern Cultures, with Abigail Lee

"As trees leaf out and the landscape thickens with green," Southern Cultures shares two poems from its "Mason–Dixon Lines" feature.

First Saturday in May

Days before the 143rd Kentucky Derby on Saturday, May 6, 2017, documentary photographer Tom Rankin shares memories of a lifetime attending the "greatest two minutes in sports."