Mason–Dixon Lines, the poetry feature of Southern Cultures, has brought readers Pulitzer Prize winners, two U.S. Poet Laureates, and poets from the many varying cultures of the South. Subject matter has ranged from NASCAR to the stand-up wild man Brother Dave Gardner.

From the first poem, we have celebrated language and image, but also not shying away from thorny issues as in the two poems below. Davis McCombs portrays a tobacco farmer who “played the barn vents at curing time/like stops of an instrument . . .” Yet a storm gathers at the end of the poem, both a literal thunderhead and a metaphorical one for the loss of market and the lawsuits that were coming to the industry. Michael McFee lovingly depicts his aunt smoking her Lucky Strike and all the Hollywood allure of that act—even as, behind the glamor, we know that tobacco was both cash crop and poison.

He clucked his tongue, slapped the bull’s rump, and turned
a herd of Angus, single file, through the narrow gap
in the fence to the bar lot. He lingered by the tailgate
of his pickup, smoked while the sky reeled icy cirrus
over the fescue, and foretold the sheets of rain that, by mid-
week, draped the blue hills and approached, the hay bales
safe in the loft. He played the barn vents at curing time
like the stops of an instrument, and went on, cupping
his hands around the life he’d inherited as if it were a flame.
The cedars smoked their pollen into the blue air; a drought month
lit the shucks of fall, and he searched the sky’s empty bowl
but never saw the storm that, far beyond him, was purpling
like a bruise and taking everything he took for granted.

Davis McCombs is the Director of the Program in Creative Writing and Translation at the University of Arkansas. He is the author of three collections,Ultima Thule (Yale), Dismal Rock (Tupelo), and Lore (University of Utah Press). Lore, his most recent collection, is the winner of the Agha Shahid Ali Prize in Poetry. His poems have recently appeared in the New Yorker, Oxford American, Pleiades, and Shenandoah. 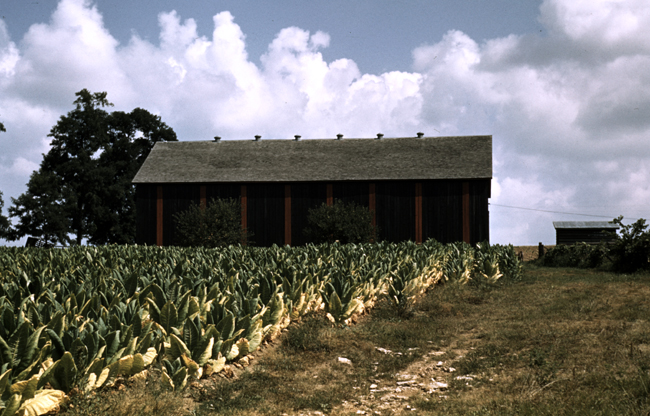 My Aunt Smokes Another Lucky

by Michael McFee
Southern Cultures, Vol. 12, No. 2: The Tobacco Issue

She slips it out of its leatherette case,
an immaculate cartridge
she clenches between the red bow of her lips
while flicking her butane lighter,
sucking deeply until the tip
starts to crackle and glow like a fuse.
She snaps the lighter shut and blows smoke
through pursed lips over her shoulder,
lifting the Lucky between two rednail fingers
like somebody about to take an oath,
her hand’s glamorous gesture
echoing the pale curve of her cheek.

She smokes her way through another story,
punctuates it with the Lucky
she keeps sharp with crisp drags and raps
into the Everglades souvenir ashtray.
She squints at her cigarette:
one bitter puff and she wrings its neck

in the overflowing nest of ashes,
the lipstick on its butt so alluring
that when I start smoking candy cigarettes
I put the lit end in my mouth
and everybody laughs, especially my aunt,
smoke haunting her head like ghosts of family.

Michael McFee teaches in the English department at the University of North Carolina at Chapel Hill. Carnegie Mellon published his most recent Poetry collection, We Were Once Here, this year. He is the author or editor of fifteen other books.

“My Aunt Smokes Another Lucky” previously appeared in Colander, published by Carnegie Melon University Press, and it appears here courtesy of the author. 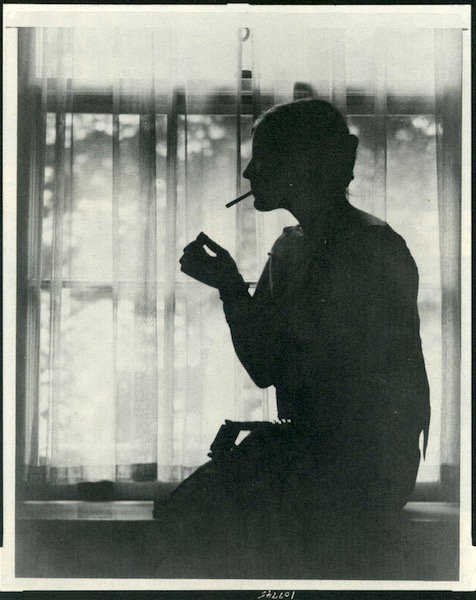