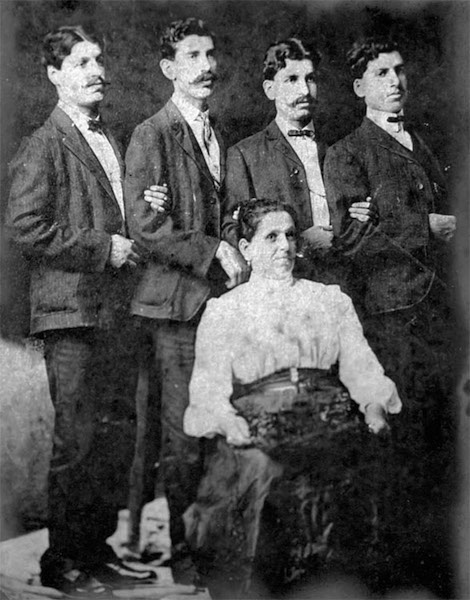 "'Son, I don't care if you have to sell peanuts on the street, you work for yourself. Don't make another man rich.'"

As anyone who has studied the history of the South knows, racial hostility was ubiquitous across the Mississippi Delta throughout the hundred years following the Civil War. But contrary to the dominant narrative, conflict there was not purely limited to the relationships between blacks and whites. As Haseeb George Abraham, a Lebanese peddler who immigrated to the Mississippi Delta in 1885, discovered, those who came to the Delta from elsewhere had to learn the customs of the region before they were accepted into the social culture there. Gregory Thomas of Vicksburg describes how his great-grandfather traveled across the region peddling his wares, once unintentionally asking a lady on a Delta plantation to “sleep with him,” instead of asking if she could provide shelter for the night. Knowing little English, he soon found himself upon the back of a horse with a noose around his neck, prepared for his hanging. Only when another Lebanese man came along and inquired as to what had happened was the mistake made clear and Abraham’s life spared.