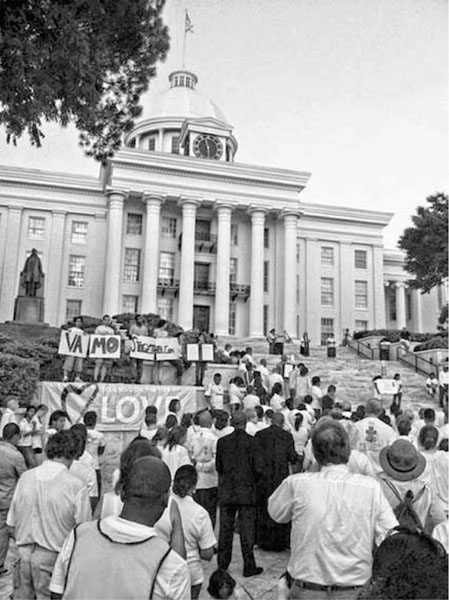 A July 2011 Interfaith Vigil in protest of HB 56 passed the church, photographed by Darrell Crutchley.

"The bill gained quick notoriety for outdoing Arizona, Georgia, and all other states in the restrictions and penalties levied on unauthorized immigrants, as well as on the citizens, community members, employers, and health and law enforcement agencies that assist, employ, or regulate them."

On June 1, 2011, the Alabama state legislature passed the “Beason-Hammon Alabama Taxpayers and Citizens Protection Act,” or HB 56. Newly elected Republican governor Robert J. Bentley signed the bill on June 9. HB 56 is the keystone piece in the “Handshake with Alabama,” the agenda promoted by the new Republican majority in the Alabama statehouse.