At elegant gatherings and august meetings, I often scan the room and wonder aloud why I am, as people like myself are often given to ask, the Only Negro in the Room, or ONR, as Ta-Nehisi Coates and Natasha Trethewey have been known to note. Surely black intellectuals are central to these types of inquiries, surely black writers and artists and thinkers have something to say in the matter. And yet our involvement tends to be relegated to the margins. And our attendance tends to be poor. Our work finds its way into the discussion, ’tis true. But to quote from the landmark 1965 play by Douglas Turner Ward, A Day of Absence: “Where the negras at?”

I am not foreign to these gatherings; in fact, I usually have a front row seat. This makes sense as I have never run away from my ur-southern rural roots or my African American heritage; in fact, for better or worse, I’ve run toward it, even when running away from it. I’ve gladly embraced it, even when it pricked me with thorns. I chose to think about and study these matters as if they matter.

No one articulated this better to me than Charles Rowell, the founder and editor of Callaloo, the preeminent journal of African American arts and letters. We were in Charlottesville, approaching the main and iconic building of Monticello, and we were discussing the recent hubbub surrounding the Jefferson family acknowledging their black cousins. And Charles was talking about the very subject about which we are still concerned today: southernness. Charles turned to me and said, “Of course we have absolutely no investment in this argument. We know the truth of the matter. We always knew the truth of the matter. We are the South.”

For people steeped in the study of the African American and the African in America, anxiety about the definition of “southern” becomes tertiary at best because it is primary. What has been so vividly apparent about the South was nestled close to us long before Jim Crow caused so many of us to leave the South; those great many of us who have returned over the last several decades know it intimately. We knew we were going back to what Albert Murray dubbed “South to a Very Old Place.” We were returning home.

The irony of Charles Rowell educating me, hipping me, to this point on the grounds of Monticello has resonated with me over the years more and more powerfully as I move away from that date in 1992. Black folk and white folk acknowledge with ease the centrality of Thomas Jefferson and his grand folly on that high hill in Virginia as being at the center of the Making of Americans, to steal from Gertrude Stein—central not only as a symbol of the industry and brilliance of the Founding Fathers but also as a material signifier of the sin and horror and mixing of blood and culture and souls. The hearth of our nation as well as its heart. So much of what makes the South “South” is embodied in that place and its history, even in its decline and resurrection, like Scarlett O’Hara and Tara. So much masking, so much denial, so much buried truth, while so much was always apparent to black folk. 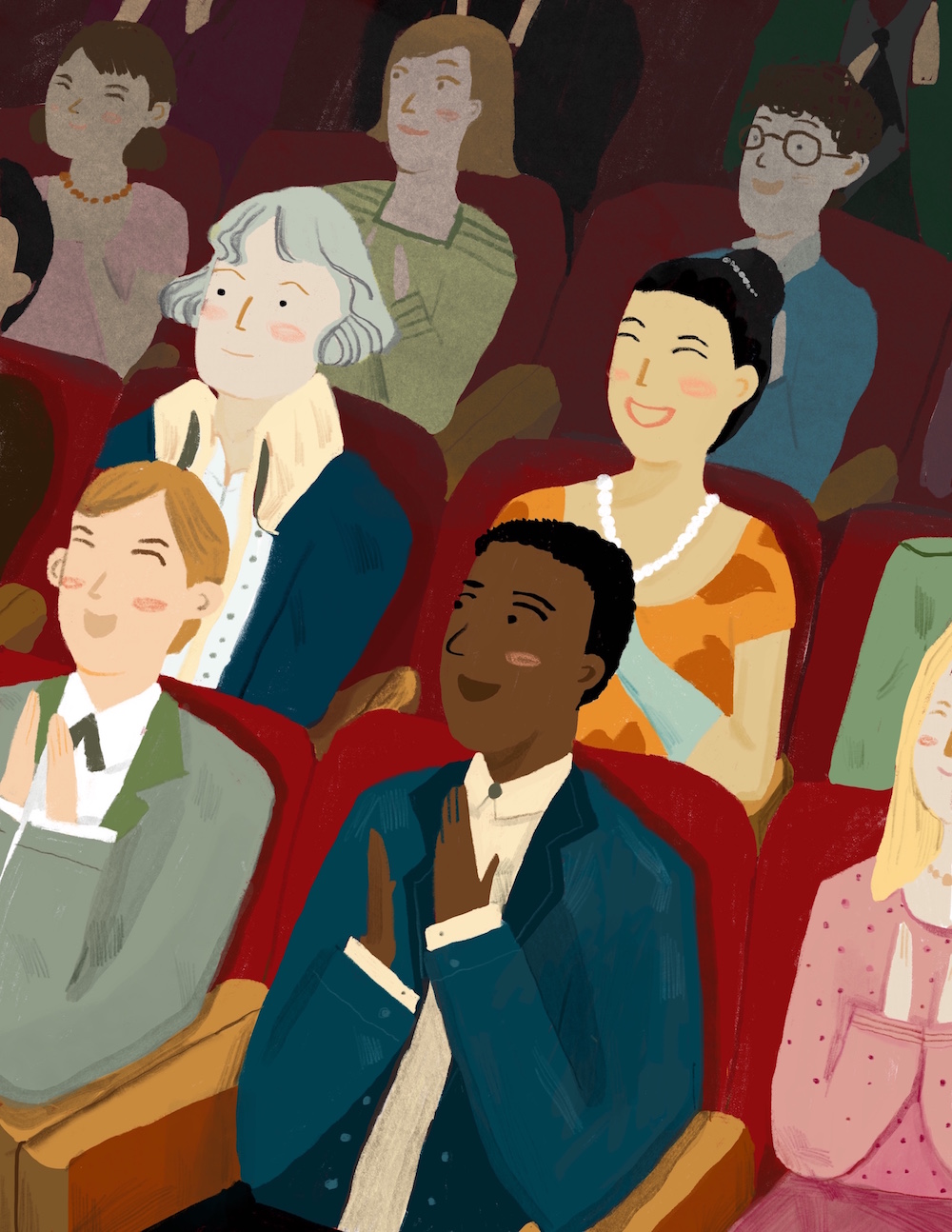 No, brothers and sisters, this anxiety over the South is not experienced by black folk in the same way, to the same degree, because we know that southernness is inextricably bound to blackness. During the great migrations, southern-ness travelled. It traveled up on the Chickenbone Special to Washington and Baltimore and, yes, Harlem, sweet, sweet Harlem. It traveled up the Mississippi to Detroit and Gary and that great hog butcher to the world, Chicago. It traveled out west from Louisiana and Texas to Los Angeles and San Francisco. I am not the first to point out that black neighborhoods in these great metropolises are hotbeds of South-ness. Go to Crenshaw Boulevard in Los Angeles, go to the South Side of Chicago, go and see for yourself.

In 1912, the famous Swiss psychologist Carl Jung said in an interview with the New York Times (TRIGGER WARNING: he said some stuff that many of us today would consider racist and imperialist and just plain wicked):

In America the Indians do not influence you now; they have fallen back before your power, and they are very few. They influenced your ancestors. You, to-day, are influenced by the negro race, which not so long ago had to call you master. In the North the negro’s present influence is not great. In the South, where they are not given opportunities equal to the white race, their influence is very great. They are really in control.

I notice that your Southerners speak with the negro accent; your women are coming to walk more and more like the negro. In the South I find what they call sentiment and chivalry and romance to be the covering of cruelty. Cruelty and chivalry are another pair of opposites. The Southerners treat one another very courteously, but they treat the negro as they would treat their own unconscious mind if they know what was in it. When I see a man in a savage rage with something outside himself, I know that he is, in reality, wanting to be savage toward his own unconscious self.

This is usually the point where someone wants to interrupt me and say, Mr. Brother, Professor Kenan, sir, surely you are forgetting all the poor, yeomen white men and women who toiled and bled in the South, who fought in the War of Northern Aggression, who are the proud, true, often forgotten cornerstone of the South. Not the ones who owned the plantations and the land and the cotton mills and the slaves, but the humble, the salt of the earth. Have you forgotten us?

I could bore you at this point with a long disquisition on Toni Morrison’s 1992 book-length essay Playing in the Dark, where she makes a strong case for the presence of what she calls “Africanism” throughout American literature, finding it where others saw (see) no black folk. And I could make a case for the same being true throughout southern letters. I find it ironic that Morrison’s family left Alabama, literally, in the dead of night, fleeing an unjust share-cropping situation, in fear for life and limb, and that she grew up in Lorain, Ohio, and yet her work is often cited as the epitome of southern literature, alongside her heroes, Faulkner and Welty.

I know these assertions make a lot of folk uncomfortable—especially, primarily, a lot of white folk. “Uncomfortable” is the euphemism we use, because we all tend to be polite. But as I heard one UNC professor recently say in a meeting, “My students hate to talk about race. They just hate it.” People are afraid of saying the wrong thing. People are afraid of being attacked for an innocent comment, for having an opinion. They want to say: “Hey, man, this is your thing, this ain’t my thing.” They want to say: “My name is Bess, and I ain’t in this mess.” When, in truth, this mess is our mess. Just as when you inherit a great fortune, you are the beneficiary and it becomes your joy and your responsibility, when you inherit a conundrum, it is your burden and your responsibility to manage it.

In truth, black folk do harbor one primary anxiety about this abiding self-consciousness toward southernness, and that worry swirls about the discussion of food. Food was the only province in which the African American contribution has not been thoroughly muted, a place where white southerners have rushed to acknowledge the African on their plate, the okra and peanut and the rice; it’s a place where a shared humanity and culture have been readily acknowledged, up to a point. Food was seen as soft, domestic, even feminine—as if that automatically made it less-than, not so very important. But now, when Whole Foods acknowledges collard greens as the “new Super Food” and so much “rediscovery” of southern food actively erases black faces, black folk are going to have a problem with that.

So I imagine the third president of these United States, sitting in the second row of the Richard Rodgers Theatre, watching a black man play George Washington, a Latino playing Lafayette, and a black man playing himself, Thomas Jefferson, primary author of the Declaration of Independence. In this play, written by a Nuyorican, he comes off as a preening, brilliant, conniving, self-centered thug.

In fact, I think, oddly, that the Master of Monticello might very much sympathize with iconic African American writer Ishmael Reed’s jeremiad against Hamilton: “It sort of distracts from the racism of the white historical characters.” Reed wrote in CounterPunch (August 21, 2015), “The producers of this profit-hungry production are using the slave’s language: Rock and Roll, Rap and Hip Hop to romanticize the careers of kidnappers and murderers.” His 2018 Off Broadway play, The Haunting of Lin-Manuel Miranda, lacerates the playwright for not taking the “Founding Fathers” to task for the institution of slavery, for romanticizing the largest slaveholding family in the colony of New York, the Schuylers, and for essentially black-and brown-washing the true, not-so-secret history of the United States.

Perhaps the second southern president would look upon all this hubbub with bemusement and mirth. Maybe he would look upon the black Washington and Jefferson and brown Hamilton as a sort of folly. (A folly different from Reed’s, but folly nonetheless.) I think he would be confronted with what he let a-loose in the somewhat still New World. Perhaps he’d admire this portrayal as tough and clever. (I like to think the music would transport him, though.) But he’d have to acknowledge that the soul of his country is southern; the soul of his country is black.

The South—America—has always been multicultural, multiethnic. The myth of a monolithic South that too many hold near and dear was always just that: a myth. For the last decade, I’ve been preaching up the idea of pluralism. The color of our future is not white, nor is it black and white; it is a rainbow. All those rooms full of people, yet underpopulated by people of color are now under the clock—their time is running out. The eighteenth-century Enlightenment idea is simply greater than those cats who met in Philadelphia two centuries ago, greater than us, indeed. I love that the eminent historian James MacGregor Burns persisted in calling us “the American Experiment.” I prefer to think of the South as a work in progress.

To paraphrase the musical Hamilton: “There’s a million things we haven’t done. Just you wait, just you wait.”

Randall Kenan is the author of A Visitation of Spirits, Let the Dead Bury Their Dead, Walking on Water: Black American Lives at the Turn of the 21 st Century, The Fire This Time, and editor of The Cross of Redemption: The Uncollected Writings of James Baldwin. He is a professor of English and comparative literature at the University of North Carolina at Chapel Hill and a member of the North Carolina Literary Hall of Fame.