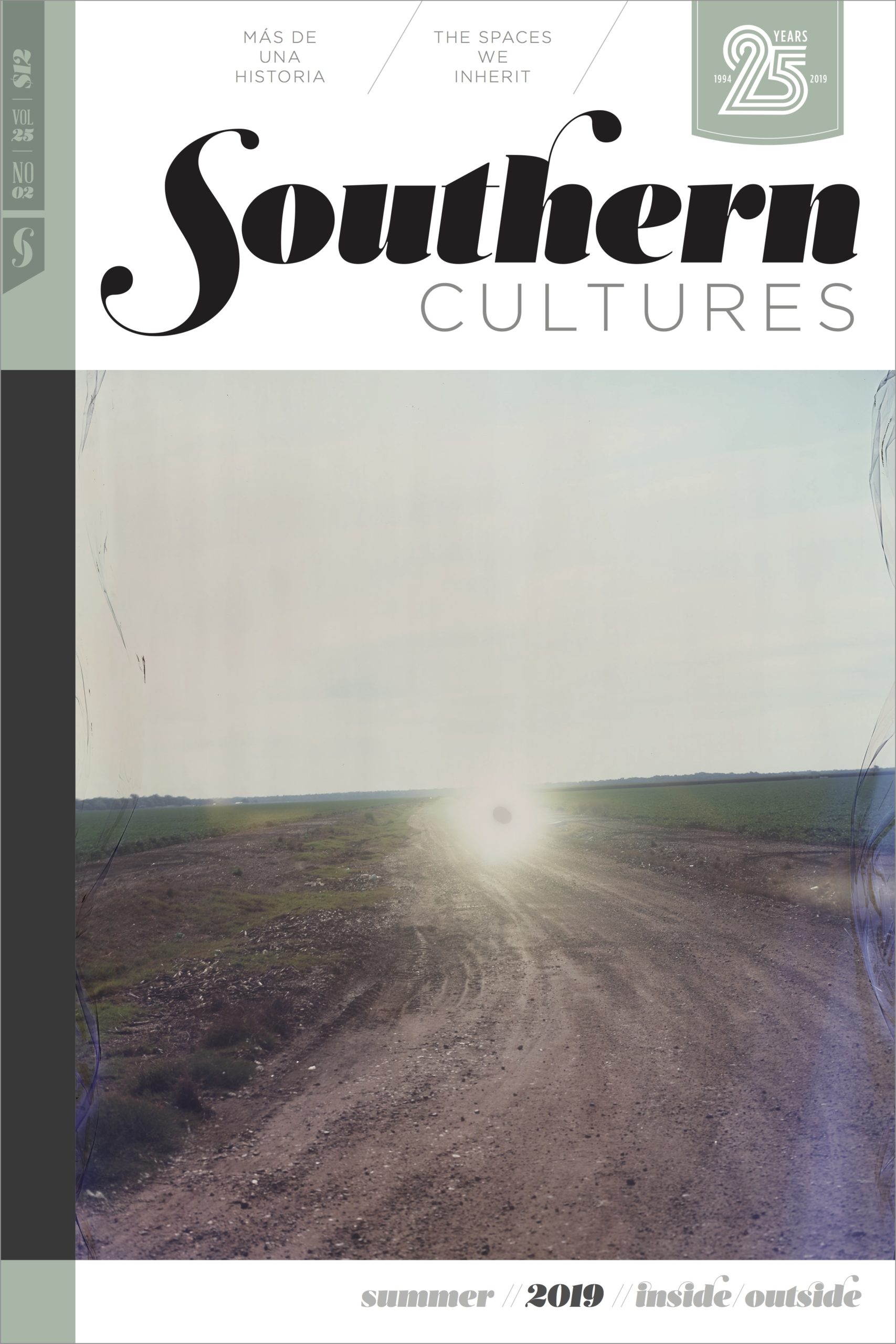 “[T]he study of the South is more expansive than at any time in the region’s history,” writes guest editor William Sturkey. “The old walls separating insider and outsider are crumbling, allowing the long suppressed full talents of this region to flourish in new ways.” The second issue of our 25th anniversary series examines the boundaries⁠—real and imagined⁠—that aim to mark us as insiders and outsiders.

"The South has much to teach about the dangers and opportunities of belonging and exclusion, of being inside and outside the American experience."

"What will come, I hope, is an honest reckoning that will one day finally set all of us free."

To Survive on This Shore

"I know the next relationship that I go into, that person's going to be damn lucky. Because I've got my shit together. I've got my game on."

"'Delinquent' girls like McNamar became the victim, the problem, the cause, and the evidence of other urban dilemmas within the reform rhetoric and agenda."

The Spaces We Inherit

"These landscapes hold the remnants of five thousand distant voices."

"As the noted Music City chronicler Peter Cooper put it . . . . 'Death, taxes, and backlash are inevitable for those fortunate enough to be successful.' Such was the case with Kristofferson, whose fall paralleled his rise."

The “Baltimore Idea” and the Cities It Built

"Every 'inside' has an 'outside.' Every boundary has a sentinel. Almost every backyard has a NIMBY."

The Rarest of Senses

"We cannot understand the power and the meaning of food until we understand hunger."

This article appears in the Inside/Outside Issue (vol. 25, no. 2: Summer 2019) and has been condensed. To view the article in its entirety, visit Project Muse (link below).

The Sounds That Wake Me