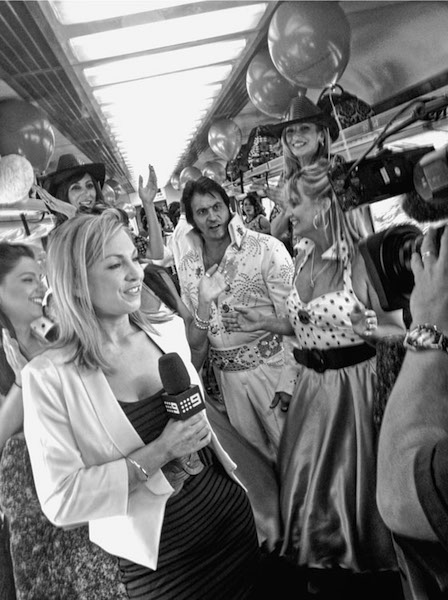 For the past twenty years, Australian fans have gathered in Parkes, New South Wales, to celebrate Elvis Presley’s birthday. Since the initial gathering of two hundred, hosted by Bob and Anne Steel at their Gracelands banquet hall, the CountryLink Parkes Elvis Festival has turned into a community-wide effort, and attendance has mushroomed to 18,000, nearly double the town’s population.